It seems to be a season of slaps in 2022 as there has been a recent trend of celebrities slapping people who have displeased them.… 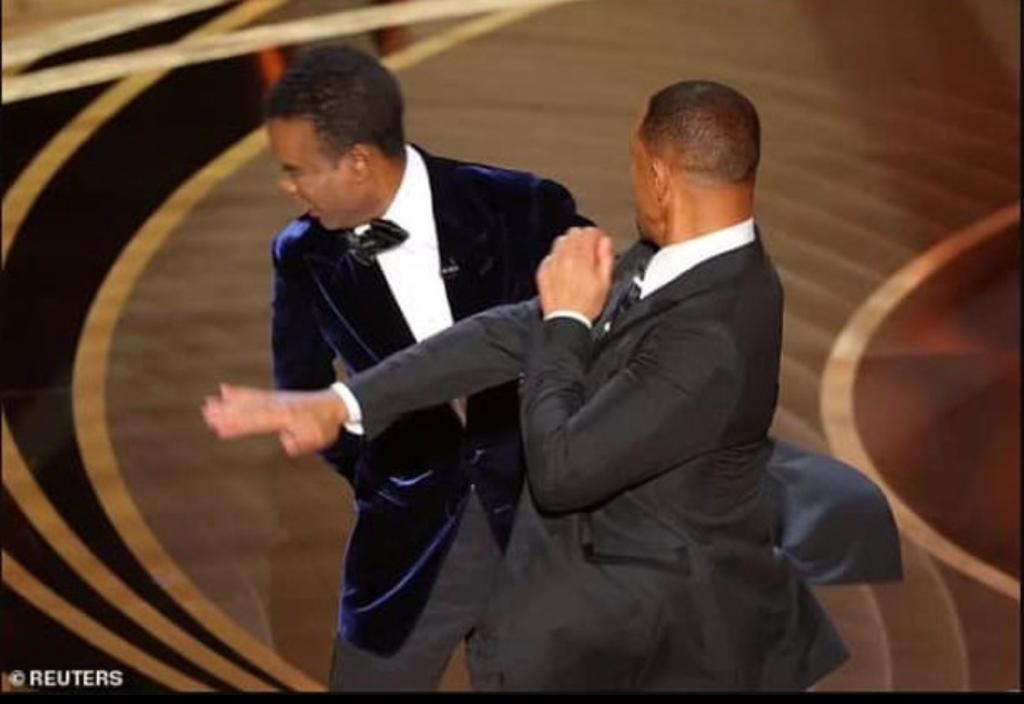 It seems to be a season of slaps in 2022 as there has been a recent trend of celebrities slapping people who have displeased them.

In March alone, three reported incidents of slapping among celebrities have been recorded so far.

Currently, there are three common things about, Bianca Ojukwu, the widow of the late Biafra leader, Will Smith and King Sunny Ade.

The trio are public figures; they all slapped people at public functions, and the three incidents happened on stage. Daily Trust further writes:

Some days ago, legendary singer, King Sunny Ade, slapped his backup singer who picked money sprayed on the singer during a concert.

In a viral video that was shared on Instagram, the singer was seen jokingly slapping and kicking the backup singer that was seen picking the money that was sprayed on him. The singer went ahead to grab the money and stuffed it in his pocket.

King Sunny Ade is regarded as one of the first African pop musicians to gain international success and has been called one of the most influential Nigerian musicians of all time.

Widow of the late Odumegwu Ojukwu, Ambassador Bianca and the former first lady of Anambra State, Mrs Ebele engaged in a heat during the inauguration of the newly-elected governor of the state, Chukwuma Soludo.

In a video that went viral on social media platforms, the altercation played out when dignitaries, including Obiano, were already seated at the venue of the inauguration.

Mrs Ojukwo later revealed that the former first lady of the state, Mrs Obiano attacked her verbally, raising her voice, taunting and mouthing profanities at her.

Ojukwo said “She asked if I had come to celebrate their last day in office. But I ignored her completely. Then, she kept aggressively putting her hands on my shoulders and shouting.

“While I ignored her verbal onslaught as advised by those sitting around me, I requested twice that she refrained from touching me with her hands.

“She proceeded to do so again and went further to grab my head tie, which she attempted unsuccessfully to remove. This very act is considered a sacrilege to a titled matriarch such as myself in Igbo culture.”

Mrs Ojukwu who was displeased at the manner in which Ebele addressed her, react by slapping her.

“It was at this point that I stood up to defend myself and gave her a dirty slap to stop her from attacking me, she added.

The incident would have led to a serious fight if not for the intervention of the former chairman of the All Progressives Grand Alliance (APGA), Chief Victor Umeh, who told Ebele to leave.

Other members of the party who had gathered at the spot, took her to the seat next to her husband, Chief Willie Obiano, who sat through the entire episode completely speechless.

Will Smith vs Chris Rock

Chris Rock made a joke about Will’s wife, Jada Pinkett Smith, bald hair. However, Jada had since announced to the world that she suffers from Alopecia areata, an illness that causes a sudden hair loss that starts with one or more circular bald patches that may overlap.

Alopecia areata occurs when the immune system attacks hair follicles and may be brought on by severe stress.

Chris Rock who was the host of the show made a joke about Jada’s shaved head despite the fact that she had earlier shared in 2018 her struggle with Alopecia, an autoimmune disease that causes drastic hair loss.

Will, who was clearly displeased with the ‘joke’, walked across the stage and slapped the comedian. After returning to his seat, he yelled out, “Keep my wife’s name out of your fu*king mouth.”