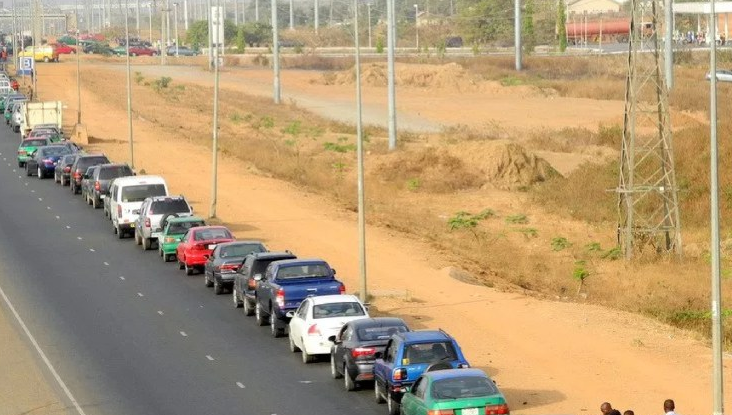 Queues on Saturday surfaced at some petrol filling stations in Abuja and its environs as marketers refused to load from depots due “to uncertainty in fuel price regime.”

Daily Trust observed apart from the Nigerian National Petroleum Corporation (NNPC) retail stations and some major marketers, many of the independent marketers did not open.

Because of this, there were long queues at the few petrol stations selling to customers.

At an NNPC retail outlet at Central Area in the nation’s capital, motorists were seen struggling to buy the product which sold at N162 per litre.

The situation was the same at A.A. Rano at Jabi where the premium motor spirit went for N163 per litre.

The president of Independent Petroleum Marketers Association of Nigeria (IPMAN), Chinedu Okonkwo, declined to comment on the cause of scarcity, but an executive member of the association attributed the situation to anxiety over price of fuel.

The executive, who pleaded anonymity, said IPMAN refused to load at the depots because they wanted the NNPC to come clean on deregulation.

The deregulation of petroleum downstream and pump price increase have generated conflict between the Government and Labor for close to two decades.

The old system where crude oil earmarked for local refining/consumption was sold to the NNPC at a subsidized rate is able to take care of price differential between landing cost and regulated pump price.

With the new policy, a system of subsidy payment was introduced to take care of the price differential.

But over time, the subsidy system became cumbersome and government found it unsustainable.