Saratu: Meet Kano’s Mathematics genius from village with one classroom

From Abbas Ibrahim Dalibi, Kano Saratu Garba Dan Azumi, a gifted young girl from Kano, with mathematical skills, has surprised a lot of people with… 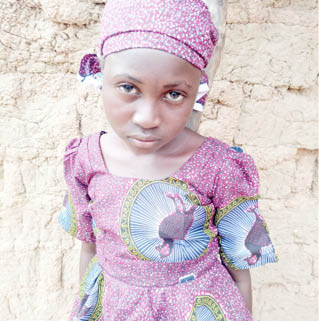 Saratu Garba Dan Azumi, a gifted young girl from Kano, with mathematical skills, has surprised a lot of people with her arithmetic reasoning after a two-minute, fifty seconds video shared by Emraan Muhammad on his Facebook and Twitter handle on July 27, trended on social media.

Daily Trust on Sunday correspondent was at Gwadayi village in Gaya Local Government Area of Kano State where he met with 11-year-old Saratu, who disclosed that her dream was to go back to school and have qualitative education for her good and for the benefit of the country at large.

Tinubu, Gambari, Dangote, others in Maiduguri as Shettima marries out daughter

Every child is special in his or her own way, but some are exceptionally talented. Saratu Dan Azumi can be referred to as a young genius with mathematical reasoning that enables her solve numerical questions instantly without the use of any instrument.

Our reporter, while putting her to test, asked her if he is 30 years old, how many days has he spent on earth? She instantly responded with 10,800 days as the answer. He went on to ask her more questions which she also answered correctly without much effort.

The primary 4 pupil, who stopped school over a year ago, said she got the foundation of her skills from her mathematics teacher.

“My schoolmates call me ‘Turrum’ which I don’t like. That was why I quit school,” she said.

Saratu’s mother, Malama Rabiatu, told Daily Trust on Sunday that she discovered the talent in her 6th child who happens to be her last born six years ago. She added that apart from numerical skills, she is also good in entrepreneurship skills and she is self reliant.

“She is good at doing business and sewing of local hand fans. I gave her the name ‘Turrum’ meaning the blessed one, but when she grew up, she hated the name because her schoolmates made fun of her using the name, hence she stopped going to school for over a year now,” she said.

Malama Rabi’atu added that her hope is for her child to have a formal education and become a university graduate.

Her father Ɗan Azumi, told Daily Trust on Sunday that the villagers always asked his daughter to solve mathematics questions, and then give her a little token as reward. “Now, people from different parts of the country come to the village to see her.”

He said some NGOs have reached out to him and promised to enrol his daughter back to school.

“The foundation of the former Special Assistant to President Muhammadu Buhari on New Media, Bashir Ahmad, has enrolled her into a model primary school in Gaya town. They paid her school fees for the period of 6 years, and Senator Kabiru Gaya has also promised to support us,” he added.

Despite the intervention for Saratu to return to school, the hope of other children and parents in Gwadayi village are dashed as the only school in their community is in shambles.

An elder from the village, Malam Baffa Ibrahim, told Daily Trust on Sunday that the only primary school in the village is not in good condition, it has only a block with two classrooms where students sit on bare floors, while the other class was converted to the headmaster’s office and teachers’ staff room.

Malam Ibrahim noted that “The school has 59 students for each class. The school had three blocks before, but two classes have collapsed, hence the children are now using only one class. Primary five and six pupils use the class while other students – Primary one to four – study under the trees in the school compound. They hardly study during the rainy season.”

He went on to urge the Kano State government to intervene.

“Our hope is to have an equipped standard primary and secondary school so that the special abilities in our children can be harnessed and utilised for the good of the community and the nation at large,” Malam Ibrahim said.

Gwadayi village in Gaya Local Government Area is only 70km from Kano city. The village is blessed with the best kind of stones for construction of roads and other projects, which is probably why the biggest indigenous construction company in Kano has its raw materials base in the village, from where it sources for stones and sand as well as other raw materials for road construction in Kano and other parts of the country.

However, with all the resources in Gwadayi village, their children have only a classroom without a single chair or table.