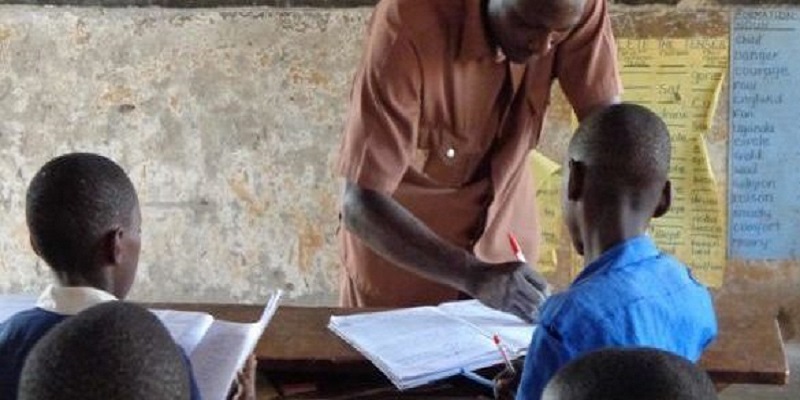 Teachers in Primary schools in Niger State have commenced a sit-at-home in compliance with the order of the State wing of the Nigeria Union of Teachers (NUT) over percentage salary payment to primary school teachers in the state.

The strike commenced as school resumed on Monday after the holidays.

The State Chairman of the NUT, Comrade Akayago Adamu Mohammed, told our correspondent on the telephone that the NUT had earlier given the state an ultimatum to stop the payment of teachers’ salaries in percentages.

He said; “it’s a sit-at-home and the major issue is the percentage payment of salaries of teachers.

“This continuous payment of salaries in percentages is not good at all. We have issued them an ultimatum and our resolutions since December but up till now, nobody has acted and percentage payment has continued.”

Mohammed emphasized that; “the sit-at-home will last as long as it takes the government to resolve this problem.”

One of the teachers in the state, Mohammed Babagana Gulu, took to the Niger State SUBEB Facebook Account on Monday with a post he titled “Pathetic situation: The first child is now the last one in the family”, asking “What has teachers done to the leaders of this generation? What exactly is the offence of primary school teachers and why are they serving punishment for an offence they didn’t commit?”

He further said: “The men and women that were taught and voted by same teachers are now their enemies. These enemies are people who were given education freely.

“This is so pathetic to the extent that primary school teachers have to beg in most situations to feed their families and these leaders who cry out about lack of money are still building houses and buying cars.

“Where is justification in this matter? I pray this sit-at-home will yield something positive.

“Teachers must not resume back to school in tears. It’s either they pay 100 per cent or the school remain closed even though, they don’t care because their own children are not attending the free and dilapidated institutions.”

The Niger State Commissioner for Education, Hajiya Hannatu Jibril Salihu, could not be reached.

Efforts to get the Chairman, Niger State Universal Basic Education Board, Dr Isah Adamu, was not fruitful too as he could not be reached to comment.

But a principal officer in the board told our correspondent that; “the SUBEB had equally made several interventions.

But the NUT Chairman in the state, Comrade Akayago Adamu Mohammed, said SUBEB is the board assigned by the law to take care of the welfare of primary school teachers.