Elena Rybakina rallied back to beat Tunisia’s Ons Jabeur 3-6, 6-2, 6-2 in the Wimbledon final to become the first player from Kazakhstan to win… 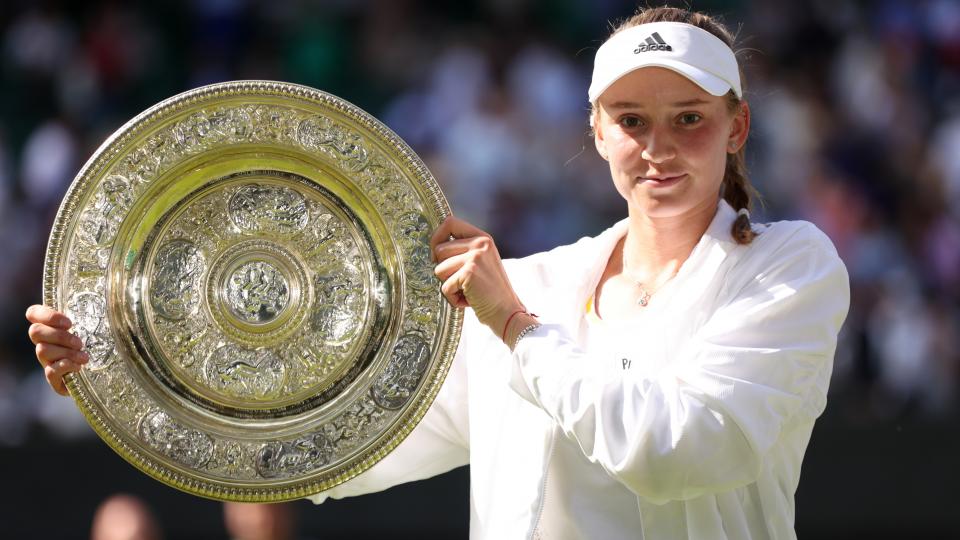 Elena Rybakina rallied back to beat Tunisia’s Ons Jabeur 3-6, 6-2, 6-2 in the Wimbledon final to become the first player from Kazakhstan to win a grand slam singles title.

Russia-born Rybakina, the 17th seed who has been representing Kazakhstan since 2018, claimed her biggest career success in one hour 47 minutes on the first match-point for her third title overall.

Her Russian heritage has been raised over the past days at the tournament.

The event did not allow players from Russia and Belarus to compete in the wake of Russia’s invasion of Ukraine.

Rybakina has said she wants the war to end as soon as possible but also insisted she has been competing for Kazakhstan for several years.

The 23-year-old Rybakina received the Venus Rosewater Dish from the Duchess of Kent after her remarkable comeback.

Third seed Jabeur had aimed to become the first player from the Arab world and the first African woman to win a major.

But she found no answer to Rybakina’s fightback and ended the match with two unforced errors.

“I was super nervous before the match. I’ve never felt something like this,” Rybakina said.

“It’s true I didn’t expect to be in the second week. To be a winner is just amazing. I don’t have the words to say how happy I am.”

She added in the direction of Jabeur: “I want to thank Ons for the great match and everything you achieved. I think you are an inspiration for everybody.

“You have an amazing game. It was a joy to play against you and I learned so much today.”

Jabeur quipped: “Elena stole my title but it’s OK” but also said that “Elena played amazing and she deserves this.

“Hopefully next time it will be mine…I love this tournament.

“I feel really sad but in tennis, there is only one winner. I’m trying to inspire people from my country. I hope they are listening.”

Jabeur, 27, had the better start and won seven points in a row as she broke in the third game en route to a 3-1 lead.

She then went one set up with another eight unanswered points in the final two games.

But Rybakina converted her first break-point in the opening game of the second set.

She saved four break points in her next two service games and levelled the sets two games later with an ace.

Rybakina, 23, kept up the momentum and broke Jabeur again at the start of the decider with a volley winner.

She then fought from 0-40 down on her serve to hold for 4-2 with five unanswered points en route to victory two games later.

Jabeur finished with 24 unforced errors after a mere six in the first set.