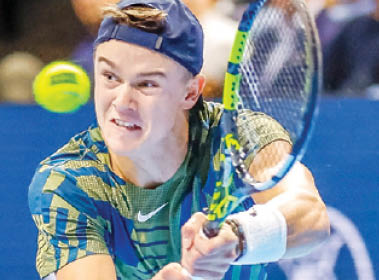 Danish teenager Holger Rune shocked six-time champion Novak Djokovic to clinch his first Masters title in Paris on Sunday after coming from a set down to win 3-6, 6-3, 7-5.

Rune, 19, became the youngest winner of the Paris tournament since an 18-year-old Boris Becker in 1986 after beating five top-10 players in as many days – the first to do so in the same tournament.

He is the fifth first-time Masters winner this season and will be the first Danish man to break into the top 10.