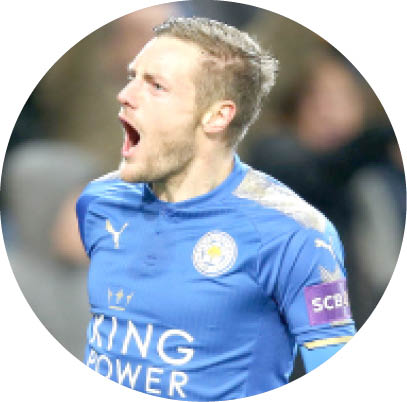 The former England forward, 33, has scored 97 times in the top-flight but has failed to find the net in nine matches in all competitions.

Rodgers, whose side travel to bottom side Norwich on Friday, said he had no worries about Vardy’s recent poor for form.

“It is only a matter of time before he gets back to scoring goals again,” he said. “He doesn’t look like the nervous type to me.”