Nigerian villages have this peculiar feature; they come with signposts. If there is no ‘Welcome to…’ sign on the road to your village, it is… 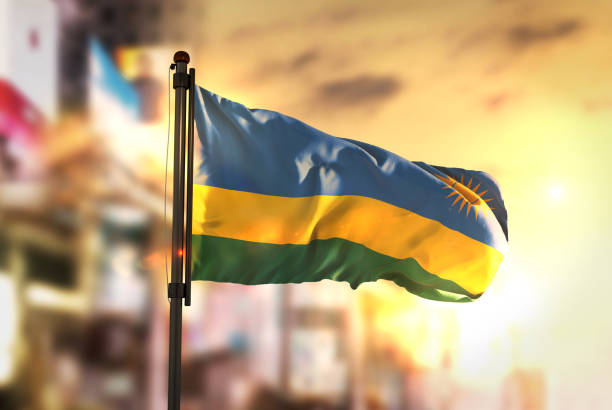 Nigerian villages have this peculiar feature; they come with signposts. If there is no ‘Welcome to…’ sign on the road to your village, it is not significant on the Nigerian map. The world knows the way to my hometown, Ok-City, except the guys at #Meta. Better signposts glow in the dark. Canadians announce theirs complete with population figures.

I have never been to Rwanda, but neo-colonial advertisers portray it as Africa’s London. Paul Kagame, Rwanda’s pastor-president, is a frequent visitor to Nigeria. During one of such visits, President Jones hurriedly tarred the road to Karu, a suburb of Abuja, to prove that Abuja is like Kigali. The Rwandan ruler visited an EFCC facility in Jikwoyi.

For a while, the long-suffering residents of Karu were grateful for the good fortune that Kagame brought. They could have named the road Paul Kagame Boulevard, but only ministers have such privilege. At the rate we are going, the trio of Abdullahi Adamu, APC Chairman, Joshua Dariye and Jolly Nyame, former Plateau and Taraba governors respectively pardoned for their multi-million frauds stand a better chance of having streets named after them than Kagame. If they become London refugees, they might wind up in Kigali.

But who wants a poorly maintained road named after them when Britain, once conqueror of the world, has endorsed them as the best place to dump its rejects? Apparently, Boris Johnson the proud inheritor of a broken empire and an even more broken state has declared Kigali UK’s new London. As the survivor of serial scandals more than any European leader since fraudulent Tony Blair plagiarised a thesis to justify an invasion of Iraq; Johnson believes his own lies.

With Western powers pushing a proxy war within NATO borders, UK’s Tories are eager to reverse the colour demographics of its cities. Retaining its capacity to disrupt independent nations, the British establishment would rather play host to blue-eyed blond-haired Ukrainians than host black or brown-skinned victims of its many invasions. Under the Tories, you must classify as Caucasian to qualify for refugee or asylum status. If you are black or brown who risked all to reach the fortified sentries of England, you would now be shipped to Rwanda for processing like a chicken.

In contrast, hosts of blonde-haired blue-eyed Ukrainians get £350 per head per month for the first twelve months while they ‘settle down’ among peers. They’d be prioritized for jobs and other social privileges. On the other hand, victims of the proxy wars that Britain and its allies spurred – from Libya through Iraq, Afghanistan through Syria and Yemen, get a ticket to Kigali to savour Kagame’s democracy and good governance.

This is a repeat of the halcyon era of British ‘merchants’ on ships blessed by priests On Her/his Majesty’s Service docking on African shores and shipping freeborn as slaves to plantation farms and slave markets. It’s a new addition to the role that British rentier capitalists play propping up regimes that perpetuate poverty and underdevelopment in post-colonial Africa.

The proxy wars started by these ‘developed’ nations have exacerbated the perpetual insecurity now plaguing the underdeveloped world and the displacement of black and brown people.

Through it all, western media continue to present western capitals as the replica heaven advertised to African pagans spurring the brain drain and the attendant economic migrant crisis. Britain and its allies know this, yet are brazen enough to push the policy through. They endorse rogue regimes that have served well beyond their sell-by date as countries of refuge to process their rejects. Kagame’s Rwanda fits this definition in all ramifications.

Britain is not alone in upholding the virtues of nascent racism. Its quondam European allies have openly adopted racism as the principles of their state policies. Many remember how Poland closed its borders to stranded African students fleeing the so-called Russian aggression in Ukraine. Poland, one of the countries at the centre of this fiasco, did not hide its disdain for Syrian, Iraqi and Afghan refugees once stranded between its borders with Belarus. They pummeled them with cold-water canons and batons in freezing weather. Today Polish munificence has taken in 3.3 million Ukrainians and counting.

Europe that won’t sell arms to African nations battling the insurgencies arising from their invasions of nations from Iraq through Libya have displayed their uncommon generosity with free arms shipped to Ukraine fighting their proxy war against Russia.

America that once banned Muslims, Mexicans and Haitians from entering its borders tries to outdo Europe in shipping arms, dollars and goodwill to its Ukrainian friends. Canada, its neighbour, has taken its fair share of Ukrainian refugees at a time when it is yet to deal with the application of thousands of the asylum and refugee claimants already within its borders. It would now provide free healthcare to Ukrainians, pay interpreters to help them ‘integrate’ in new jobs.

Experienced immigrants are sentenced to low-wage positions because the country would not grant them automatic licenses for transferable skills even from Commonwealth countries. Doctors and other professionals trained in India, Pakistan and other parts of Africa colonised by the British are subjected to elementary language tests amid other ridiculous qualifying assessments to be licensed to practise. These claimants would now watch Ukrainians settle into positions opened thanks to the ‘evil’ Russians.

Issues like these are the reasons Nigerians invented the saying that – this life is not balanced. Life is not balanced for people of colour and different beliefs from their generous hosts. Across the globe, right-wing governments are expanding in influence and toxic racist policies.

The adoption of Rwanda as a country of refuge is a script well used by Australia, another ex-British settlement that sends refugees and asylum seekers accessing its borders to Nauru, Manus Island and Papua New Guinea for ‘offshore processing’.

Rwanda Britain’s stamped state of refuge is not what it’s touted to be. The cosmetic beauty of Kigali has not masked the rut created by Kagame’s authoritarianism and politics of exclusion. Weeks before Britain concluded its new ‘pact’ with Kagame, it had excoriated the Kagame regime on its poor human rights record. It accused Rwanda of not conducting transparent, credible and independent inquiry into human rights violations. In a new breath, it now describes it as ‘one of the safest countries in the world’ without a change of style or leadership.

Theogene Rudasingwa should know better. He was Rwanda’s former ambassador to the United States and Kagame’s estranged chief of staff. With a 24-year jail term hanging on his neck, Rudasingwa has described life under Kagame as a “detention camp rather than a state where the people are sovereign.” In an open letter, he adds, “I feel for outsiders who battle to reach Britain only to face rendition to the Kagame state”.

But Johnson describes the pact with Rwanda that harbours nearly 150,000 refugees in camps without access to basic human needs as a good deal. Kagame gets £120 million from this deal that sounds like Judas’ 30 pieces of silver remuneration for its betrayal of Jesus of Nazareth. Before our very eyes and in the 21st Century, Rwanda becomes another Caribbean no-man’s land housing the rejects of the developed world. History repeats itself as a farce and Africa is unwilling to stop it.