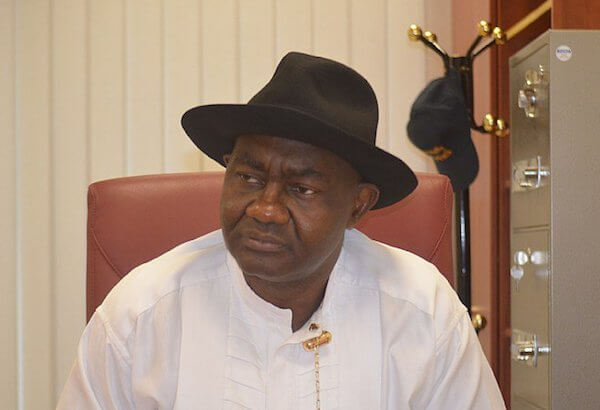 Unveiling the deputy governorship candidate, Senator Abe said that Dr Ogbonnaya was carefully chosen because of her outstanding career in civil service.

Abe said that he needed an experienced career bureaucrat who can stand in for him and act effectively as a governor to being good governance to the people.

He said if he emerged as a governor he needed an experienced deputy governor who can take decisions when necessary even in his absence.

“We are looking for somebody that will act as a governor , somebody who will stand in for me if I am not there. We are looking for somebody that will add value to governance in the State. We want somebody who will be an asset to us. We want our people to be involved governance and that is the reason why we want to bring in good leaders in the State. We want people to being in their leaders. When people bring in their leaders they will contribute to development in the State. You can take difficult decision when people have confidence in you as a leader. She is a mother with passion and we approached her and asked her to join us,” he said.

He said that his team went through the record of Dr Ogbonnaya and found out that she is a woman with loyalty, great commitment and passion for good governance.