Rivers Hoopers of Port-Harcourt are confident of clinching the sole ticket to represent Nigeria in the upcoming 2023 Basketball Africa League (BAL). Speaking to Daily… 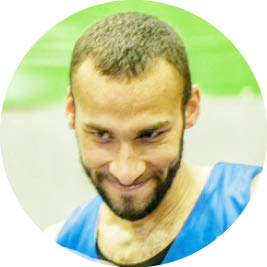 Rivers Hoopers of Port-Harcourt are confident of clinching the sole ticket to represent Nigeria in the upcoming 2023 Basketball Africa League (BAL).

“I feel great because we have sealed another victory. We practiced a lot at home and that is the secret behind our performance. I think basically, the motivation is what we have done back home which is yielding fruit now. We’re not here to lose.

“By God’s grace, I see my team getting a ticket to the Basketball African League. It is a great opportunity and it is one thing every player aspires for. So, for me, my team getting to that level is going to be a great thing for me,” he said.

Meanwhile, the race to grab the sole ticket to represent Nigeria in the Basketball Africa League, BAL intensified as River Hoopers defeated Gombe Bulls 67-60 at the indoor sports Hall of the National Stadium, Lagos  at the ongoing Nigeria Professional Basketball League Super 8.

This makes the second win for River Hoopers in the competition after their 62-60 opening day win against Nigerian Customs.

In another game, Lagos Islanders suffered another loss as Nigeria Custom humiliated them with a 16 points difference as the match ended 70-54.

Also, Benue Brave exerted their bravery as they defeated Police Baton, 61-43 for their first victory while Kwara Falcons upset Kano Pillars as they won 65-54.