As the world marked World Environment Day on June 6, rivers and lakes around the world are continuously being threatened by the effect of climate… 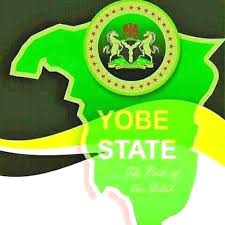 As the world marked World Environment Day on June 6, rivers and lakes around the world are continuously being threatened by the effect of climate change ravaging the world. River Yobe in Yobe State is no exception to this eminent and clear danger from climate change.

River Yobe stretches nearly 200km in the northern part of the state covering about seven LGAs from Nguru to Yunusari  and serves as a source of livelihood to hundreds of thousands of people who are engaged in various economic and agricultural activities.

This natural endowment that is the mainstay of the state in agriculture because of its vast water resources is being threatened by various environmental and man-made factors affecting its flow, direction, volume and tributaries. This  include deforestation, siltation and uncontrolled agricultural activities.

Wanton deforestation is taking place throughout the stretch of the river for various purposes which lead to opening up of the hitherto sanctuary that protects the river from deviation, siltation and shrinkage.  Deforestation along the river’s shores contributes to the creation of gullies where the landscape is made to bear and factors of erosion and subsequently change the river’s course.

Deforestation also removes the roots, especially of trees like tamarinds, acacias, and dour palm which are predominant along the shores of the river for hundreds of years. The roots of those trees anchor the soil around the river banks and protect them from threats of erosion and degradation.  Deforestation also allows wind erosion to occur unabated which causes  salt/silt to dominate the environment changing the course of the river and destroying  anything cultivated.

Siltation is another environmental challenge facing  River Yobe over the years leading to flooding, diversion of the river an reducing carrying volume of the river. Siltation is found along the Hadejia-Jama’are River Basin to River Yobe.

This environmental challenge can be mitigated by mechanical removal of the silt deposit along the river where such problems are profound and have diverted its course.

This will cost hundreds of millions of Naira but it’s worth it considering the benefits it brings which include increasing the volume of the river and reduced flooding.

Another threat to River Yobe is the uncontrolled agricultural activities along the shores of the river. Farming activities usually involve the destruction of the ecosystem that protect and preserve the environment from climate change and serves as major carbon sink in the area. When such destruction occurs it seriously affects the major source of livelihood to the people of Yobe State.