The President recently launched an ambitious programme of lifting 100 million Nigerians out of poverty. The revitalisation of the RBDA’s to their full potential provides… 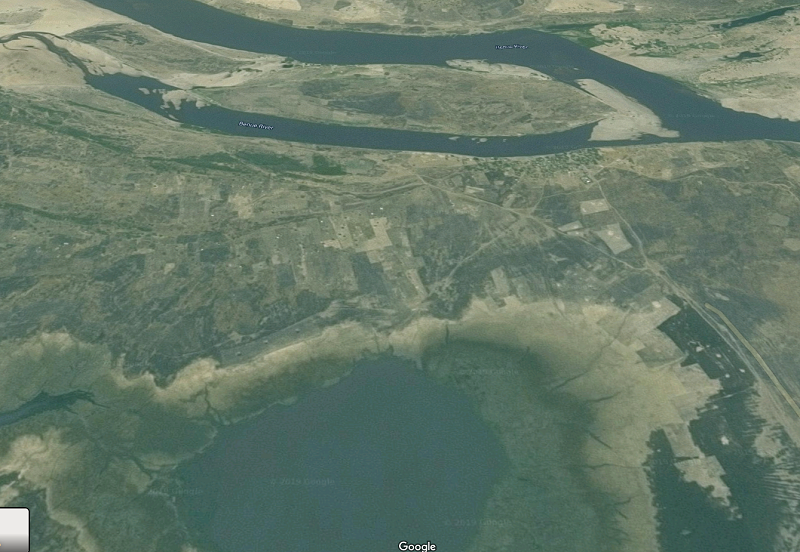 The President recently launched an ambitious programme of lifting 100 million Nigerians out of poverty.

Nigeria is no doubt blessed with abundant natural and human resources; millions of hectares of fertile arable land, heavily carpeted by the impressive Savannah grassland to the north; ample water resources as traversed by two major Rivers, Benue to the east and Niger to the west, along with their numerous tributaries meandering through the lush green vegetation, with fertile alluvial soil on each side of the river banks, and lastly capped by the mighty Lake Chad to the far North East.

These inherent natural resources together with a warm, tropical climate provides an ideal combination for the production of almost all kinds of food and cash crops, fisheries, aquaculture, and animal husbandry. With the above in mind, Nigeria is literally sitting on a Gold mine, ‘Green gold’ whose agro potential can match Brazil, Argentina and Australia.

In order to utilise these abundant agrarian and water resources for productive agricultural ventures, and address draught and desertification, the federal government initially set up three River Basin Development Authorities in the north in the early 70s. These were later increased to eleven by RBDA decree of 1976 to cover the whole country. Among others, their functions include the following: (a) To undertake a comprehensive development of both surface and ground water resources for multi-purpose use; (b) To undertake schemes for the control of floods and erosion and for water-shed management; (c) To construct and maintain dams, dykes, polders, wells, bore-holes, irrigation, drainage systems and other necessary works; (d) To develop irrigation schemes for the production of crops and livestock and to lease the irrigated areas to farmers or recognised associations in the locality for a fee; (e) To provide water from reservoirs, wells and bore-holes for urban and rural water supply schemes on request by the state government.

With this mandate and armed with enough resources and political will, the RBDAs developed huge infrastructure and set up impressive large scale commercial agricultural production schemes which were fully mechanised and integrated; agro industrial complexes, and the largest in Sub-Saharan Africa at its peak.

The golden days of the flourishing agro industrial era under the RBDAs were to be short lived.

The onset of the military intervention in the 80s came with frequent changes in government, and hence constant changes of policies, culminating with decree No.35 of 1987 which required the RBDAs to relinquish all non-water assets and concentrate on the provision and maintenance of water resource facilities such as dams.

This singular act was the straw that broke the camel’s back. The water resources and their associated infrastructure were effectively de-coupled from the farming activities; the natural linkage that provided the productive synergy was broken. The RBDAs lost policy support, funding, expertise, and were subsequently asked to auction all plant and machinery. With drastic cost cutting, some of their projects were abruptly wound down; huge farms with enormous infrastructure became redundant. The collapse of the RBDAs came with attendant loss in massive agricultural production, expertise and thousands of jobs.

Several attempts were made to revitalise them through the Water Resources Master Plans. The first Master Plan was developed in 1995 with the support of JICA. This was revised in 2013 to have a long-term sector development plan up to 2030.

The plan envisaged that by the year 2020, a target area of 1.5 million hectares would be irrigated, provision of safe water supply at 80 percent of the then projected population of 186,000,000 people.

As of today, these ambitious plans still remain largely on paper and a pipe dream. Total actual irrigated area is still less than 100,000 hectares as against the target of 1.5 million by 2020.

The RBDAs are still mostly idle, with many abandoned sites, dilapidated machinery, large dams, infrastructure and facilities wasting away.

Majority of our agriculture still remains in the hands of the peasant farmers, labour intensive, inefficient and largely dependent on rainfall, with climate change and shifting weather patterns, when the rain fails, the crop fails.

In all these plans and strategies, the missing link is the absence of full integration to make these projects financially viable. Urgently required is adequate funding to rehabilitate, upgrade and re-equip the RBDAs. Equally important is restoring their former mandate, provision of water and farming/fishing, along with onsite processing and packaging.

Each of the RBDAs can specialise in a specific activity or at most 3 activities, and pairing them up with large scale downstream producers that have decades of proven expertise e.g. Friesland Campina (Wamco), Nestle, Flour mills of Nigeria etc. I have attempted to provide some pointers below:

Gurara Dam – Production, processing and packaging of fruits and vegetables.

Attaining the President’s vision of lifting 100million out of poverty is possible with the right strategy and political will.