Riot in Katsina as bandits gun down DPO’s mother

Residents of Danmusa town, headquarters of Danmusa Local Government Area of Katsina state have taken to the streets over an attack that claimed the lives… 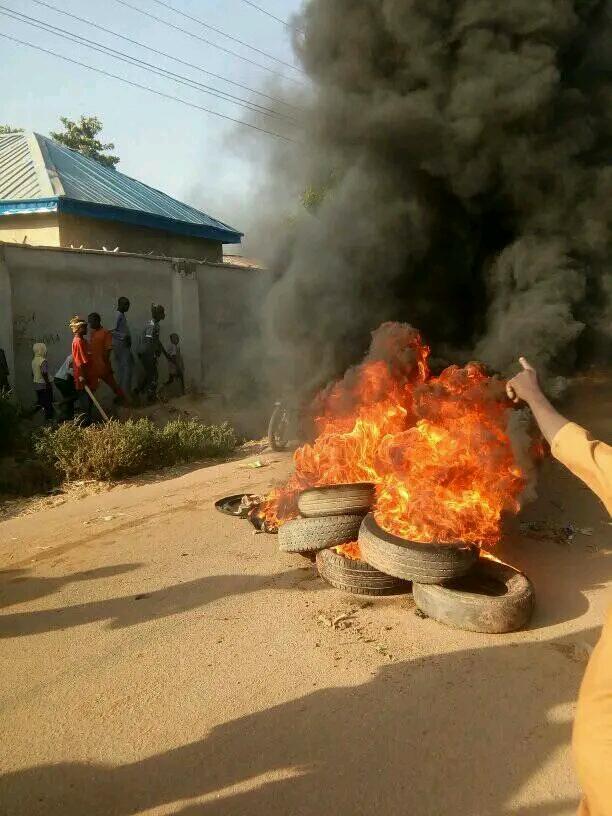 Residents of Danmusa town, headquarters of Danmusa Local Government Area of Katsina state have taken to the streets over an attack that claimed the lives of a Divisional Police Officer’s (DPO) mother and brother.

The protesters were said to have set some buildings on fire, including that of a retired classroom teacher, whom they accused of being an accomplice of bandits.

It was feared also that the district head palace too was set on fire, but security agents were said tohave been drafted to the area.

A source in Danmusa told Dailly Trust that the victims were attacked and killed at their residence in the early hours of Tuesday despite a “peace deal” that was existing between the community and the bandits.

“There was a charade of a peace deal entered into by the local government chairman in which the bandits were allowed to come into town, buy whatever they wanted and leave unharmed, while on their part, they promised not to attack us.

“But I tell you, that peace deal is a scam, it did not prevent them from kidnapping for ransom and even killing victims,” he said.

Another resident who pleaded anonymity identified the two persons killed as one Usman Lawal Karzaje, the younger brother to the DPO of a police station Dutsi local government, alongside their mother.

“Before now, despite the peace deal, they kidnapped Alhaji Rabe Mainadi, after they collected ransom from him, they broke his arm, he is yet to recover from that.

“Secondly, they kidnapped the son of Alhaji Mani, collected N10m ransom and killed the victim thereafter. These are just a few examples of the situation we are in here,” the source said.

The Police Spokesperson in Katsina, SP Gambo Isah, could not be reached for confirmation as at the time of filing this report as he did not respond to a text message and the line was unclear when he answered the call of our reporter.