Right leadership will drive Nigeria out of current ordeal – Mbah

Enugu State Peoples Democratic Party (PDP) governorship candidate, Dr. Peter Ndubuisi Mbah, has said the only way Nigeria can navigate its way out of its… 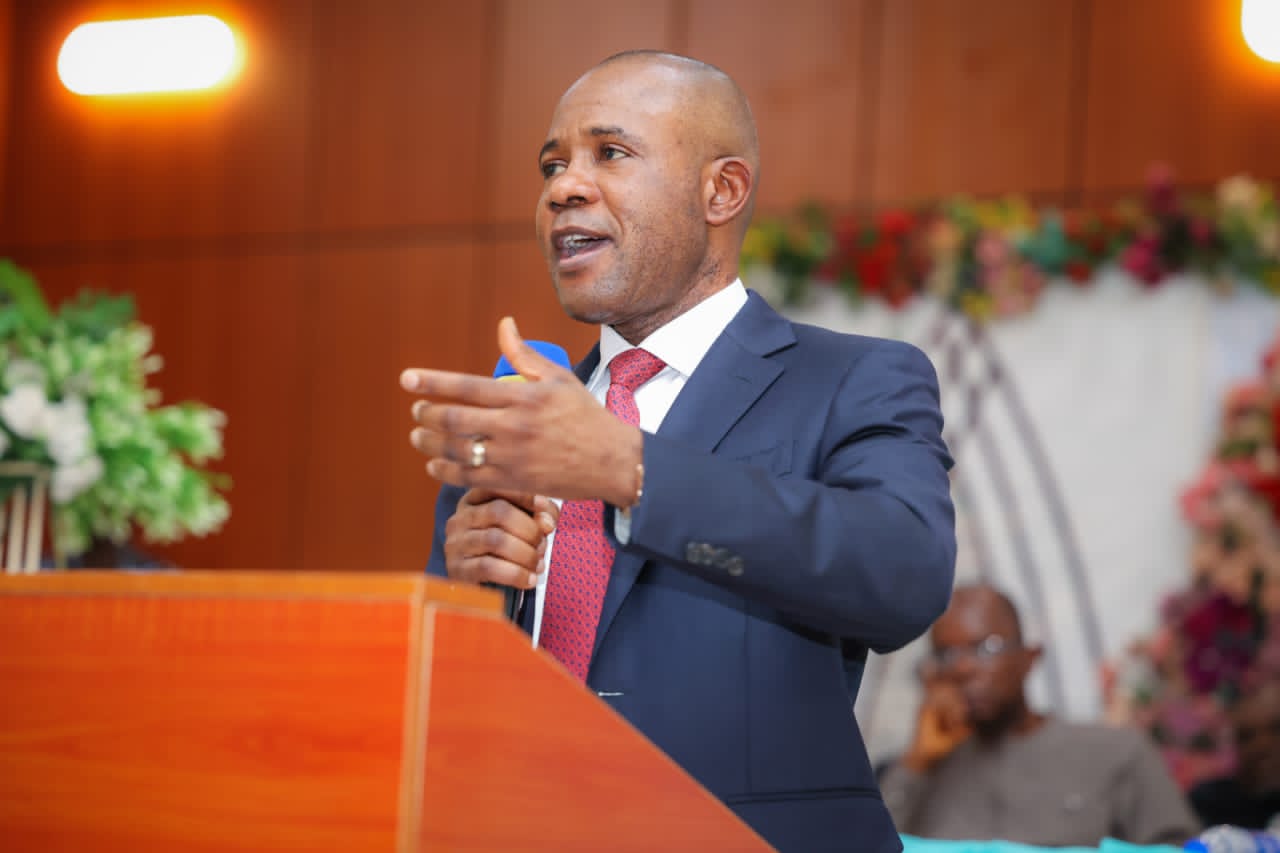 Enugu State Peoples Democratic Party (PDP) governorship candidate, Dr. Peter Ndubuisi Mbah, has said the only way Nigeria can navigate its way out of its current multifaceted ordeals is through the right leadership.

Mbah, who disclosed this on Saturday while delivering a lecture as guest speaker at the University of Nigeria, Enugu Campus, bemoaned that the state of the nation is discouraging to the youths.

He stressed that security collapse, high crime rate and the ongoing industrial action by the Academic Staff Union of Nigerian University (ASUU) were products of bad leadership in the country.

Speaking on the theme of the annual lecture series, “Leadership in Modern Times: Youths Bridging The Gap”, organised by the Medical Research and Humanitarian Society, University of Nigeria, Mbah expressed confidence that only the right leadership would put Nigeria back on track.

“Good leadership should not only be about leadership traits, or visionary nature, but also about the ability of the leader to convey his vision and most of all, about his ability to carry his team through the motion of moving from their current state, to achieving their envisioned state. The test of leadership is the management of the journey and the dynamics of carrying the team along to the final objective,” he noted.

According to Mbah, Africa is still battling with the kind of leadership model its colonial masters bequeathed on it which he called, heroic leadership complex, where leaders wanted to be worshipped as heroes rather than seeing themselves as servants of the people they’re representing. This, he said, had led to the collapse of leadership in Nigeria where youths are now at the receiving end.

“The collapse of leadership in Africa has had a reverberating effect on youths of the continent. Nigeria for example reflects this collapse in the different malaises suffered by the youths. For instance, the level of nepotism that is currently in the country, the collapse of security, the menace of students staying at home for upwards of seven months simply due to the inability of government and the lecturers’ union to come to an accord on issues of funding of universities have a linkage to this collapse. More significantly is the fear that the Nigerian economy can go bankrupt if no urgent steps are taken to halt the decline,” he observed.

He called on different institutions and bodies to deliberately set up leadership programmes that would address leadership deficiency on the youths even as he commended the MEDRHUS for organizing this year’s lecture, saying it’s a right step in the right direction.

Earlier in his welcome address, the President of MEDRHUS, Anigbo Stephen expressed his profound appreciation for the presence of the guest speaker, saying the knowledge he would impact on the youths would make them more useful to themselves and the society.