President Muhammadu Buhari has directed the Minister of Transportation, Rotimi Amaechi, to conclude the procurement process initiated by the Nigerian Ports Authority (NPA) in respect… 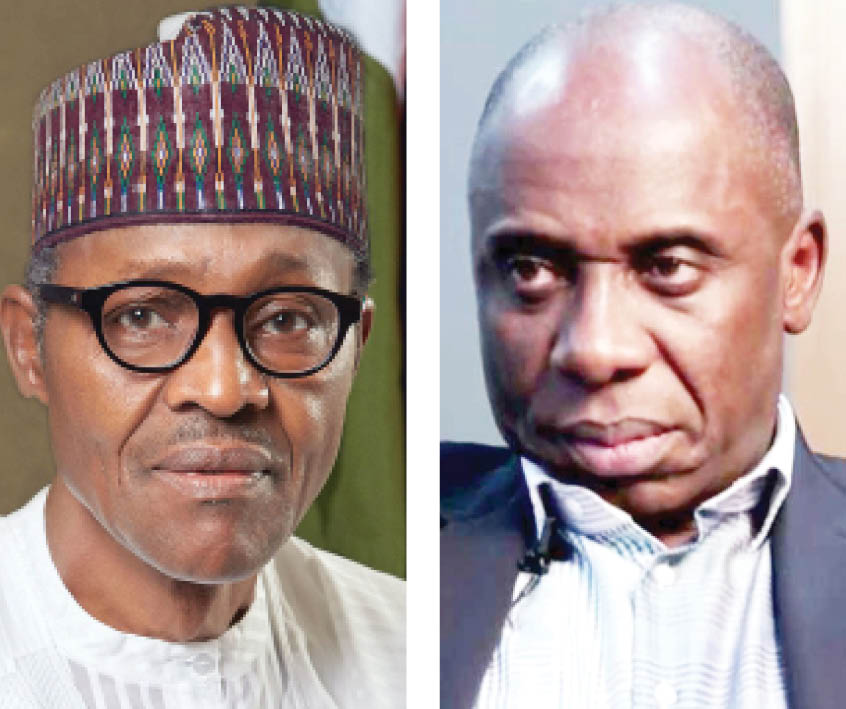 President Muhammadu Buhari has directed the Minister of Transportation, Rotimi Amaechi, to conclude the procurement process initiated by the Nigerian Ports Authority (NPA) in respect of the Service Boat Operations Managing Agents within 60 days.

The presidential directive, which is contained in a letter from the Chief of Staff to the president, Prof Ibrahim Gambari, dated 7th January, is coming three months after stories by Daily Trust exposing revenue loss by the federal government on account of stalled service boat agreement contracts, and how a surreptitious process was started to give back the contract to INTELS Nigeria Limited, after the company was disqualified during a fresh bidding process.

In the latest communication on the matter, Buhari set aside all previous approvals and directed Amaechi to immediately submit the NPA’s submission to the Bureau for Public Procurement (BPP) for evaluation and necessary action and subsequent approval of the Federal Executive Council.

The president said the process needs to be concluded in earnest to stop further revenue loss.

The president’s reversal of his initial approval to the Ministry of Transportation to proceed with the renewal of INTELS contract is informed by the recommendations of the Attorney General of the Federation, Abubakar Malami, SAN, as well as from the BPP and the Infrastructure Concession and Regulatory Commission (ICRC) were unanimous in advising the president against the initial course of action.

In his legal opinion to the president, Malami submitted that the information relied upon by the president in giving the initial approval was insufficient and misleading.

The 8-page submission dated November 18, 2021, noted that from the review of additional documents submitted by the NPA, it was obvious that the NPA neither suspended nor terminated any of its contracts with INTELS which therefore obviates the need for any restoration.

Daily Trust investigation had revealed earlier that the federal government lost over N58 billion as the average of what would have accrued to it from the service boat operations monitoring agents in four pilot districts in last year.

Revenue documents generated by the NPA on service boat operations sighted by this newspaper indicated that between 2017 and 2019, the Onne pilotage delivered N98.2 billion (USD240 million).

How the crisis started

The contract between the Nigerian Ports Authority (NPA) and INTELS for providing the authority with the service for monitoring boats expired in August 2020. The contract which commenced in 2007 lasted for 13 years.

In line with the Public Procurement Act, NPA in December 2019 initiated a public tender to engage a company to provide the service at four pilotage districts.

In the tender document sighted by our reporters, the NPA reduced the commission due to the agents from 28 per cent of all revenues collected to 15 per cent. During the active period of its contract, INTELS was collecting 28 per cent of total accruals as agency commission.

The NPA noted that the reduction of the commission was to maximise revenue going to the authority and in turn the federal government, in addition to keeping with best practices for agency commissions of such services which were typically not above 15 per cent.

Despite the reduction in the commission INTELS filed in and others submitted their bids to qualify for the tender. But the NPA, in a letter to President Muhammadu Buhari, noted that INTELS violated one of the criteria advertised and was disqualified.

The tender process continued and four companies with the highest scores pre-qualified.

Daily Trust had reported that the four companies were yet to be issued with letters of engagement as a result of horse-trading and legal battles, which cause government to lose billions of naira.

Why NPA kicked when ministry directed  negotiation with INTELS

The Ministry of Transportation, after obtaining presidential approval in January last year, had instructed NPA to commence the process of restoring the contract between Intels and the NPA.

On April 14, Intel’ parent company, Orlean Invest Holdings Ltd, made a proposal to the Ministry of Transport for the amicable resolution of all disputes and part of the condition was to commence the process of renewing the service boat operations management for 25 years at 25% commission in place of the 28% charged under the expired contract.

They also, among others, requested the purchase of NPA lands presently held by INTELS vide leases and subleases.

The NPA, in response, sought the ministry’s approval to commence the process of renewing the service boat agreement on a reduced tenure of 10 to 15 years at 18%.

NPA argued that the 25 years for the service boat agreement was too extended. The NPA was of the view that within 10 to 15 years, significant progress would be made by INTELS in recouping its investment.

The NPA also recommended the withdrawal of pending suits and arbitration proceedings in all courts.

It also kicked against the proposal for the purchase of premises currently held by Intels on the grounds that the affected land and infrastructure are national assets and cannot be disposed of in the manner proposed.

All of the above had progressed despite INTELS not being prequalified by the yet to be concluded procurement process.

How BPP warned of a possible exploitation

Another memo from the BPP to the Chief of Staff to the President, Prof. Ibrahim Gambari, dated March 9, 2021, detailed the review of the contractual relationship between Intels and the NPA, the Director-General of BPP, Mamman Ahmadu, in his recommendation warned of possible exploitation of the situation.

Ahmadu further argued that the correct procedure was that the contract should be won through a proper procurement process that complied with the provisions of the Public Procurement Act 2007.

The BPP also warned that “There is the need to avoid the kind of monopoly currently enjoyed by Messrs Intels, which has cascaded into the entitlement mentality being demonstrated by the firm.”