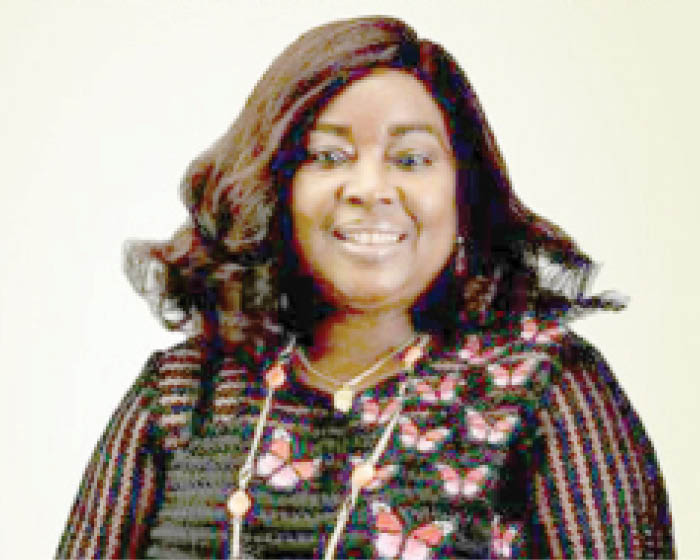 Accidental Journalist in This is the second time I would come across a book with a title containing the word “Accidental.” I am by this statement indicating the extent of my knowledge about such literary accomplishments; it may not be the fact that only two individuals in the world have used the word, to bring out a memoir or an autobiographical literary work. I didn’t bother to extensively check Google for other sources of unknown knowledge.

Why I am bringing the coincidence of the “Accidental…” literary pieces in introducing this review is to briefly stress how the coincidence is so relevant because the individuals involved in these two works are amazing Nigerian personalities whose achievements in public services who, coincidentally, have made tremendous impacts on Nigeria’s governance and broadcast landscapes. The similarity of their works requires me to put such works in a proper perspective in the introductory part of this review.

Let me start by introducing the personalities who are in any case already very famous for their integrity of services to their fatherland. The first is Malam Nasir el-Rufai, one-time Director-General of the Bureau of Public Enterprises (BPE); and later served the country as the Minister of Federal Capital Territory and is, currently, the Governor of Kaduna State.

The next personality whose approach to public service is also positive and productive is our Chief Host at this Book Presentation and Launching – Ms Cordelia Nwulu-Ukwuoma – the indefatigable Author of the autobiographical work titled: Accidental Journalist in Nigeria’s Political and Economic History.

As stated earlier, this book is the autobiography of the author. It contains 15 chapters of 228 pages, and 84 pages adorned with pictures ranging from those taken when the author was young and growing up as well to those that authenticated most of the top-flight activities of her professional activities, both within and without the borders of Nigeria. I must stress that these pictures are not just photo gallery displays, they, particularly those taken at locations of the various conferences and meetings attended, are meant to report what happened to the fate of the country politically and economically.

Although the author prefers to call herself an “Accidental Journalist,” I would rather call her a “Destiny Child,” created by God to go through a career in which she literarily learned on the job and, in the end, came out to be an accomplished professional! How did this happen was narrated beautifully in Chapter 4, when she reported to the school to which she was posted for her primary assignment at the end of the orientation for the National Youth Service Corps (NYSC) scheme. To paraphrase her, she was posted to a secondary school in Maiduguri to teach the students. The day she entered the class was the last day the students saw her! Apparently, she was intimidated by the ages of the students because they were generally older than her. Never being a trained teacher, she was not only confused with respect to what to say, but she was also simply intimidated. She diplomatically told the students that she would come back the following day to commence teaching, except if she goes back to the school today, they never saw her feet on their school premises. In any case, even if she goes back there today, 35 years after the drama, she is not likely to meet any of her intimidating students, some of whom may have become teachers in the same school, that is if most of them are also not retirees as she is now.

As a destiny child, she ran from the school to go and look for a place where she could get a phone service (the telecommunication system in Nigeria then was analogue or a dedicated landline!) to get in touch with friends and, more importantly, the good people in the public service of this country in the yore years to accept her posting to the NTA! She was so lucky that the likes of the late Mr Kere Ahmed and Dr Madu Mailafiya were in the right positions in the NTA system and she was equally very, very lucky and timely in taking the correct decisions. She was accepted to do her national service at the Maiduguri NTA Station. This was how our “Accidental Journalist” commenced her career in the noble profession. If it were today a request of this magnitude was being canvassed, somebody would have demanded money and made other unethical gestures as much as there would not have been any assurance that she would be allowed to serve her fatherland there on the ludicrous argument that she only read the English Language in the University of Benin, rather than Mass Communication that would be defined as more appropriate! I must stress the point that one factor that strengthened/defined her destiny for a journalism career was the remark by Dr Madu Mailafiya that “her spoken English was very good!” Other factors in her favour then and throughout her career are her penchant for hard work; being imbued with taking appropriate initiatives; sacrifice; good luck; and her unique nature of planning for the future. I should also add that good public relations are key to success in any endeavour. Equally, when one is planning for the future, one must never forget to expect challenges – whether favourable or unfavourable. Whatever particular streak the challenges may manifest, one must strategize in order not to have one’s spirit dampened. These facts speak volumes in terms of how she was able to navigate her way through her service to the fatherland.

All these qualities propel Ms Nwulu-Ukwuoma to be engaged in professional assignments beyond her expectation and even comprehension. She confesses in the book that the combination of the aforementioned factors defines her successes. In some instances, she might not be the person pencilled down for a particular assignment, and a factor as critical as a visa to a particular country for the chosen officer might not be forthcoming for him or her. As a destined child that I prefer to call her, she was just that lucky staff who was fully prepared to carry out the assignments and was thus considered. In some instances, the recommendation shall come from the partner organizations with the NTA and the burden of carrying out the duty would also naturally fall on her lap. This would particularly be the case in high-octane events that involved foreign embassies in Nigeria. In the course of her professional career, she was involved in such high-octane engagements as covering an international sporting event – the Under-16 Junior Handball Tournament in 1989. This made her the first female to report an international sporting event before Modele Oshinaike transferred from NTA Abeokuta to Lagos. She covered the visit of Prince Charles and Lady Diana as guests of the Conservation Foundation at the Maiduguri National Park in 1990. Twenty-nine years later, she was also a journalist in 2019 covering the visit of Prince Charles and his consort, Camilla, to Nigeria. The full details of all these are narrated in the various pages of the Book.

When she was on the Foreign Desk of the NTA, she covered the meetings and activities of the Economic Community of West African States (ECOWAS) and the beat took her to Ghana; Cote d’Ivoire; Senegal; Liberia; Guinea-Conakry; Guinea-Bissau, Niger Republic; etc. Other foreign assignments that took her to a number of countries included the coverage of the United Nations General Assembly (UNGA) in New York; the Paris Club Debt relief with Dr Okonjo-Iweala; the World Bank and the International Monetary Fund (IMF) meetings in Washington as well as 61st Meeting of these two Financial Institutions in Singapore in 2006; plus, the Meeting of United Kingdom Financial Institution’s Tour led by the then Minister of State for Finance, Mr Remi Babalola; etc. etc.

Ms. Nwulu-Ukwuoma was at a point in time on the beat of the political development of the country, as she covered the transition programmes of the Babangida era (when she was transferred to Abuja) and the eventual transition from 1999. From that period, she has had deployments to Network Centres such as Lagos and Port Harcourt; served as the NTA Bureau Chief in Ghana and, eventually, transferred to Umuahia, Abia State, as the General Manager of the state. Apparently, this was the station where she met her most difficult challenge as a professional