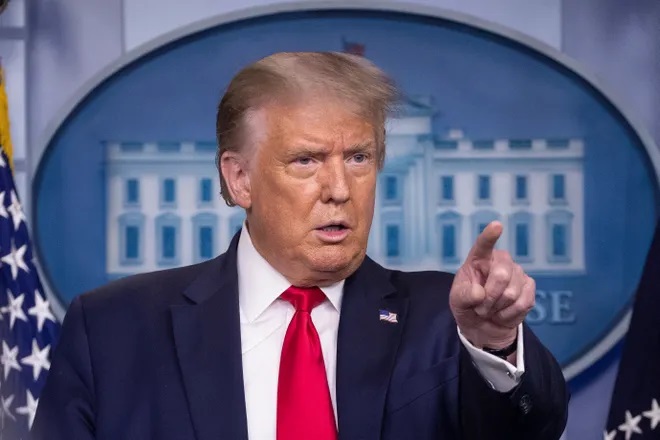 Former US President Donald Trump’s allies in Congress have vowed to launch an investigation if they win back control of the House and Senate in November’s mid-term elections, in which the balance of power in Washington will be decided.

Supporters of Trump have been speaking to the BBC’s Chi Chi Izundu in Florida about the search of his Mar-a-Lago home in Palm Beach.

One told us “we feel the FBI is doing a political hit job,” adding he wanted to show his support for the former president.

Former US Vice President Mike Pence has called on US Attorney General Merrick Garland to give “a full accounting” to the public of why the search warrant was carried out at former President Donald Trump’s Mar-a-Lago estate.

In a series of Tweets, Pence – who has distanced himself from Trump amid speculation he may launch a 2024 presidential run – said that he shares “a deep concern” over the “unprecedented” search of Trump’s property.

“No former President of the United States has ever been subject to a raid of their personal residence in American history,” he wrote.

Additionally, Pence said that the search “undermines public confidence in our system of justice.”

“Attorney General [Merrick] Garland must give a full accounting to the American people as to why this action was taken and he must do so immediately,” he added.

The lead Republican member of the House Intelligence Committee has called for the director of the FBI to give an “immediate briefing” about the information that led to the search warrant conducted at Donald Trump’s Mar-a-Lago residence.

In a letter directed to FBI Director Christopher Wray, Rep. Mike Turner called the search warrant “unprecedented” in US history.

An unnamed law enforcement official told CBS News, the BBC’s US partner, that the Secret Service was notified shortly before the warrant was served at about 10:00 local time (14:00 GMT) and that agents protecting Mr Trump helped the FBI investigators.

Several boxes were taken away, the source said, adding that no doors were kicked down and the search had concluded by late afternoon.

Eric Trump, the president’s second-oldest son, told Fox News that it was related to an investigation into the handling of National Archives (NA) records that were taken to the Florida residence after his father left office.