Reps to Govs: Bulletproof cars won’t save you from wrath of uneducated children 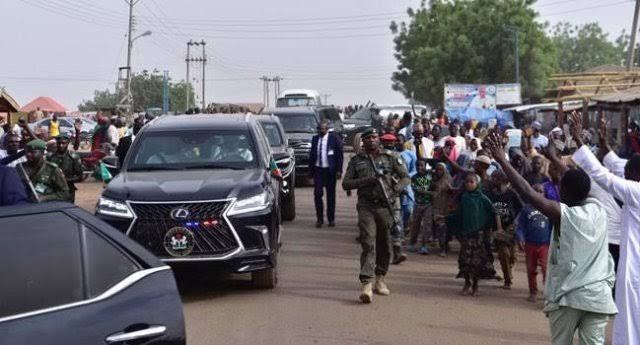 The House of Representatives Ad-hoc Committee on Basic Education and Services on Tuesday warned governors in the country to prioritize basic education or be ready to face the consequences.

The chairman of the committee, Prof. Julius Ihonvbere, said this in Ilorin, Kwara State capital, at the end of a two-day oversight visit to inspect completed and ongoing UBEC-SUBEB projects in the state.

According to him, “I would like to advise state governments to take basic education seriously in their own interest. Bulletproof cars, dogs and barbed wire cannot save them from the anger of uneducated, abused and marginalised children in the consequences”.

He said no efforts will be spared to sanction the states found to have diverted the UBEC grants.

“There are penalties for states where UBEC allocated critical infrastructure to some state governments but were abandoned. We are amending the UBEC Act so that UBEC can retrieve such facilities and put them to public use,” Ihonvbere added.

“We are looking at ways to compel compliance with the law of the land; a situation whereby states that have not accessed the marching grant or have accessed it but used it wrongly will face some penalties.”

The committee chairman also hinted that state governments that comply with UBEC’s action plans will be rewarded with more support to serve as an encouragement to do more.

“At the level of the committee, the National Assembly and the UBEC, states that utilized UBEC grants perfectly like Kwara will get additional support as a reward, so that it will encourage them to do more,” Ihonvbere added.

The committee specifically applauded Governor AbdulRahman AbdulRazaq for “quality service delivery seen in the management of the Universal Basic Education Commission matching grants, saying the state deserves a pat on the back for the quality of the schools and other facilities funded from the money so far accessed.

“What we have seen so far in Kwara is of high quality and satisfactory. There is evidence of focus and commitment, and a clear interest in promoting basic education and empowering our children to survive in an increasingly complex technology driven global system”