Reps to engage British parliament over MP’s allegation against Gowon

The House of Representatives will engage the British Parliament over allegation levelled against former Head of State, General Yakubu Gowon 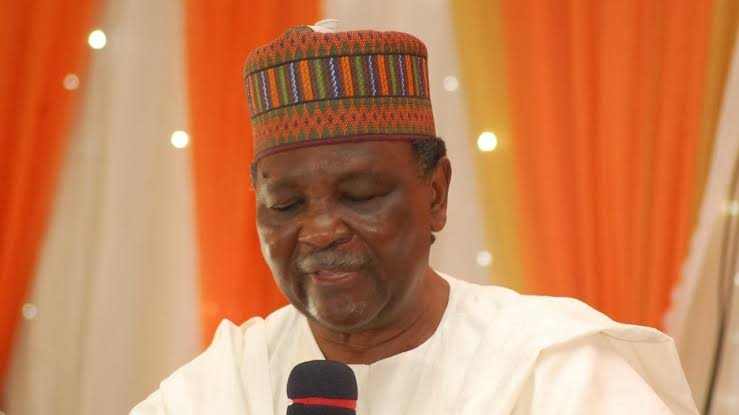 The House of Representatives will engage the British Parliament over allegation levelled against former Head of State, General Yakubu Gowon (Rtd).

This followed a motion on matters of urgent national importance moved by Rep. Yusuf Gagdi (APC,Plateau) calling on the House to write the British parliament and invite the British High Commissioner to the House on the matter.

Gagdi said the MP made the allegation without backing it with facts and without recourse to diplomatic channels available.

It came as Senator Mohammed Aji, a former adviser on National Assembly matters to former president Goodluck Jonathan, lamented the inability of the federal government to rise in defence of the former head of state Gowon.

In a briefing in Maiduguri, he told journalists, “I am really surprised to see someone like Tom Tugendhat, a member of the British Parliament and Chairman Foriegn Relations Committee raised such unsubstantiated allegations on the floor of the parliament against one of our Best Respected Head of State, General Gowon, alleging that this Gentleman, Gowon left with half of the CBN funds, as if Turgendhat knows how much was in the CBN, how much it was taken and how much was left as at then without tendering documents to prove.

“We know the condition when Gowon left, he left for Kampala for Organization of African Union (OAU) summit, and it was during the summit in Kampala that he was informed that he had been toppled, and records have it that it was the Nigerian Delegation and even the staff of the Embassy in Kampala that put together the sum of £3000 and gave it to Gowon, and that was the only money he left Kampala with, General Idi Amin gave him a plane that took him to Lome, and when Gowon returned to Nigeria, it was even published that he had the sum of N17,000 only in his Bank Account here in Nigeria.

“Gowon is now at the age of 86, if he has any money, would he be keeping it for the next life? He has been living all this while a very humble life, Honest, Godfearing and Godly,” he said.

According to Gagdi, the careless statement was not done in error but a deliberate attempt to cause chaos.

The lawmaker demanded that, the British government offer a public apology to Gowon and Nigerian government.

He added that, General Yakubu Gowo has never been found wanting or accused of corrupt practices in Nigeria or anywhere else.

According to him, the former president is still being respected because of his contributions to the unity of the country.

On his part, the Chairman, House Committee on Foreign Affairs, Yusuf Buba said, the British High Commissioner is covered by immunity, as such he cannot be invited.

However, the Speaker, Femi Gbajabiamila countered saying that, the British Commissioner is only immune against prosecution not engagement with the parliament or other authorities if the need arises.

The Speaker said there is need to go further and investigate the issue.

He said, anything spoken at committee levels represent the views of the parliament and nobody should hide under the guise of a committee and speak ill of any Nigerian leader.

It could be recalled that, a member of the House of Commons has alleged that, Former Head of State stole almost half of Central Bank of Nigeria (CBN) vaults when he went on exile.