The Managing Director of the Pipeline Products Marketing Company (PPMC), Mr. Umar Ajiya, has told the House of Representatives Committee on Petroleum (Downstream), which is… 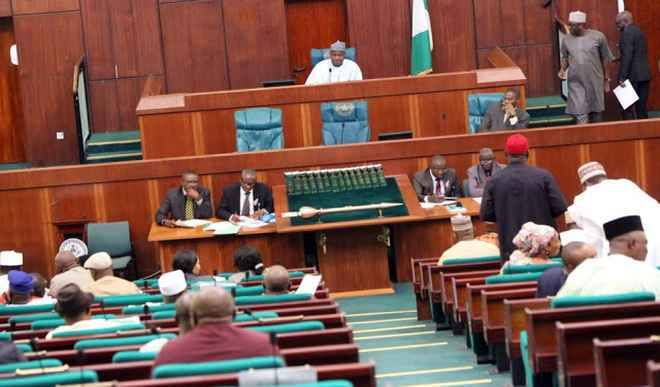 The Managing Director of the Pipeline Products Marketing Company (PPMC), Mr. Umar Ajiya, has told the House of Representatives Committee on Petroleum (Downstream), which is investigating an alleged N91 trillion ‘missing’ oil revenue, that the petitioners were victims of fraudsters parading as government officials.

Mr. Ajiya, who dropped the hint in Abuja on Thursday in response to the Committee’s summon, also added that the allegation was not only ridiculous but also inconceivable, saying the petitioners must have been swindled by 419 fraudsters.

“Low Pour Fuel Oil (LPFO) is the jurisdiction of PPMC not NNPC. We have ransacked our records and I can tell you authoritatively that there is nothing like that. The persons, companies and letter heads being paraded are all fake. From my observation, the petitioners are 419 victims.

“Do you know what we are talking about, N91 trillion?  To start with, PPMC does not even have that capacity. Our highest is 500,000 tonne per year,” Ajiya told the investigative panel.

Earlier, Chairman of the Investigative Panel, who also chairs the House Committee on Petroleum Resources (Downstream), Joseph Akinlaja (ZLP, Ondo) had said “N91 trillion can make any ear tickle,” hence, the panel “must get to the roots of the allegations.”

Recall that the panel had summoned the Nigerian National Petroleum Corporation (NNPC) alongside three oil firms, Hungbohai Petrochemical Industry Limited, Mahat Oil and Gas Limited, and Alkhairi Oil Limited, over the alleged N91 trillion oil deal that “may have been lost by the country.”

According to the alleged deal, Hungbohai Petrochemical Industry Limited, had been mandated by the NNPC to lift 95 trillion metric tonnes of Low Pour Fuel Oil (LPFO) from Nigeria over a period of 35 years, from January 2016.

The petitioner, O.J. Onoja (SAN) Chambers, had through one Ahmed Bamali, alleged that Nigeria was being short-changed of N91trillion oil revenue.

Mr. Ahmed Bamali, the alleged facilitator of the deal between NNPC and Hungbuhai, explained through his lawyer, Mr. Bola Aidi, that the deal was consummated in two agreements.

“In the first agreement between Fidelity Oil for Honbughai and Alkhairi for NNPC, 15 trillion metric tonnes was involved at N43 per ton. N38 was for NNPC, N4 for Hungbuhai, and N1 was missing.

“The second agreement was between Mahat Oil for Hungbuhai and Alkhairi for NNPC at N42 per ton. N37 was for NNPC, N4 for Hungbuhai and N1 was also missing. We assume the money has been paid to NNPC but nothing has accrued to our client and even to the Nigerian nation.

“It is possible that the whole money might have been diverted and Nigeria short-changed of over N91 trillion,” Aidi told the panel.

Asked of ‘prima facie’ evidence to substantiate the claim that NNPC received the N37 and N38 per metric ton payment as alleged, Aidi said, “We insist the money was paid but now we can conclude that nothing at all was paid to the country.”

Upon adjournment, the panel summoned Mr. Festus Egbuonu (Boss Mao), a Nigerian Director of the Chinese firm, Hungbohai, as well as the Managing Directors of Mahat Oil and Gas Limited, and Alkhairi Oil Limited, to answer to the allegations against them in the next hearing of the panel yet to be announced.