The House of Representatives Committee on Works has asked the Federal Ministry of Works, as well as the contractor handling the Abuja-Keffi-Lafia-Makurdi road project to… 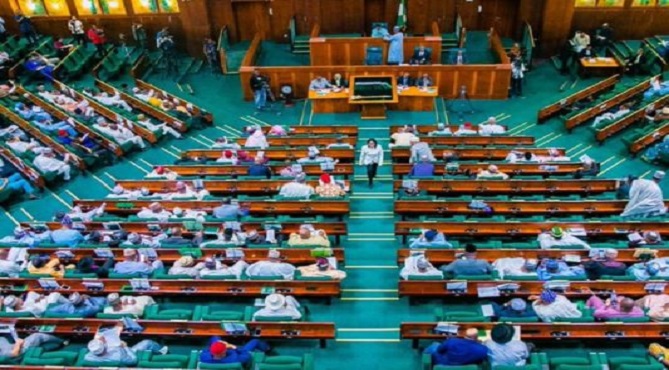 The House of Representatives Committee on Works has asked the Federal Ministry of Works, as well as the contractor handling the Abuja-Keffi-Lafia-Makurdi road project to ensure quality and timely delivery.

The committee chairman, Abubakar Kabir Abubakar, who said this yesterday when he led members of the committee on an oversight tour of the ongoing project, insisted that the job must be delivered according to the stipulated timeline of April 2023.

The inspection tour, which took off from the Kugbo end of the 4.5km reconstruction and expansion of the AYA-Nyanya and ended at the boundary between Abuja and Nasarawa State, saw members of the committee asking critical questions regarding the design, quality of materials and the width of the lanes and shoulder, as well as the thickness of the road.

The committee proceeded to the Keffi-Akwanga section of the project at kilometre 19 between Gudi village and Akwanga, where lawmakers reiterated the need to ensure that every kobo appropriated was well accounted for through the quality of the job to be delivered.

An official from the Road Sector Development Unit of the Federal Ministry of Works, Henry Usor, an engineer, said the project had an entire length of 454 km and being handled by the China Harbour Engineering Company (CHEC), adding that 39km of asphalt work has been achieved with a total work rate of 72 per cent done.

Speaking to journalists after the inspection on the outskirts of Lafia, the Nasarawa State capital, the chairman, Abubakar Kabir said the project, which cost about $542million, was counter-funded by the China Exim Bank, as well as Chinese and Nigerian governments.

He said the Chinese were contributing 85 per cent of the funding, while Nigeria completed the remaining 15 per cent.

The committee chairman insisted that there must be no compromise on the quality of the job that would be delivered at the end of the project.

The project manager, Li Qaingqiang, assured that the project would be completed in April 2023.