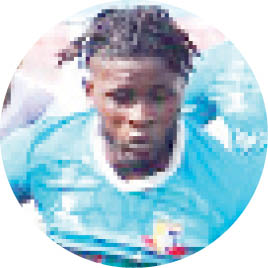 Remo Stars’ hope of a convincing victory over Heartland came to naught on Tuesday as they were forced to a 0-0 draw by the relegation-threatened ‘Nazi millionaires’ at the Dan Anyiam Stadium, Owerri

The Sky Blues as Remo Stars are known, had defeated Heartland 3-0 in the first leg in December 2021 at home.

Heartland who had lost their last two games saw the pair of Samuel Okon and Sunday Chinedu combining with good exchange of passes in the early minutes of the game but Remo Stars’ defence was at alert to thwart their efforts.

Apart from the early displays, the ‘Naze Millionaires’ failed to settle into the game well as they continued to lose possession at will just as their transition from defence to attack remained poor.

With the minutes winding down, both teams began to fashion out goal scoring chances but both keepers were unwilling to concede goals to ensure the first half ended goalless.

It was also the same way when the second half kicked off with Heartland more determined to end a four-game winless streak.

Meanwhile, the concluding match of MatchDay 22 will be played today between Katsina United and Rivers United.