When discussions on the participation of women in the military across the world come up, 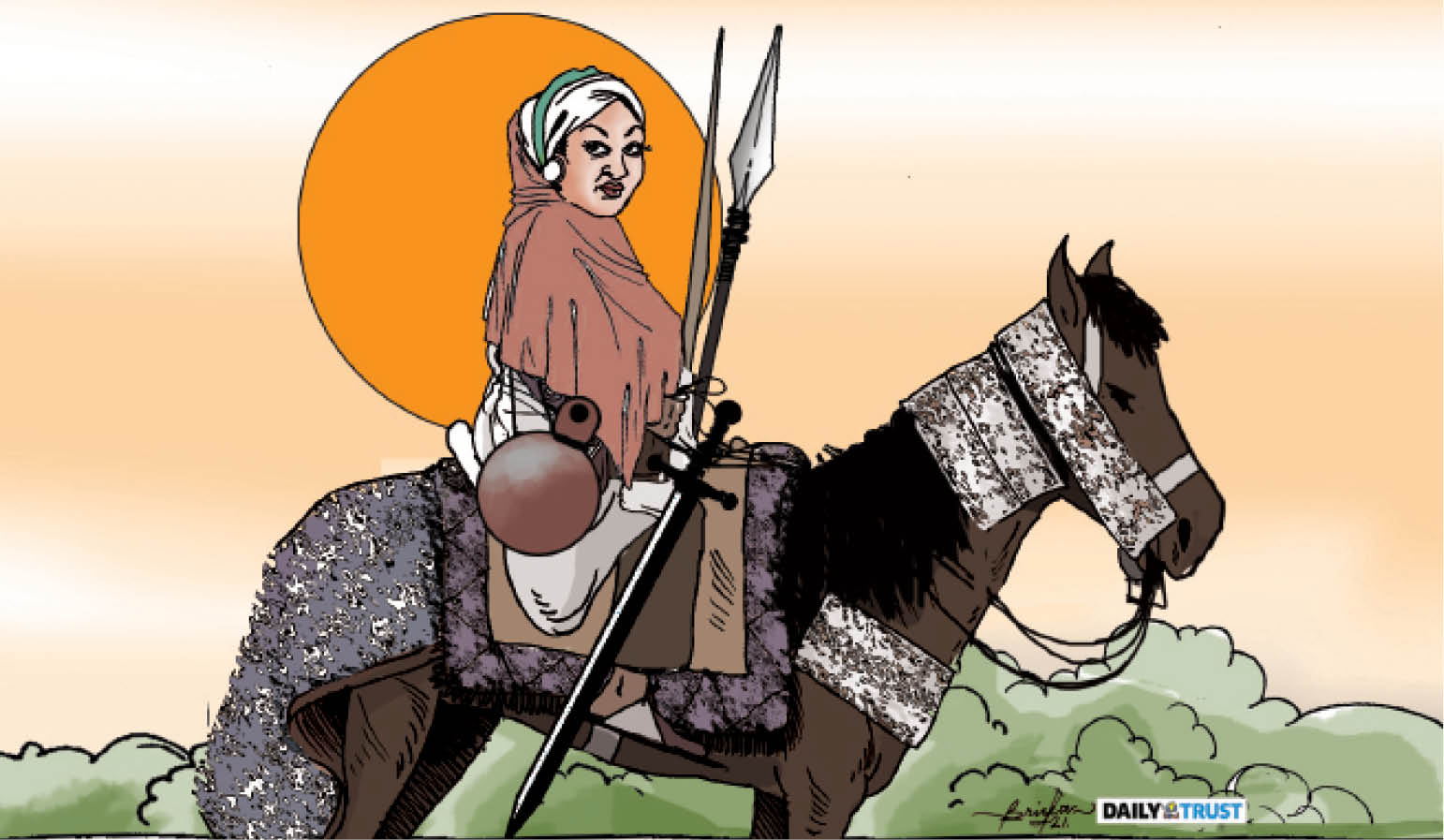 Societal social construct in the past earmarked some professions as a sole preserve for men because they were perceived to be too masculine for females to engage in. As society evolved, the socially accepted norm for each gender began to change. However, some societies have remained unflinching when it comes to accepting some changes. Such is the northern Nigerian Muslim society and the profession that is still widely unacceptable for females is the military.

When discussions on the participation of women in the military across the world come up, it is usually laced with sentiments and scepticism. It is even tacky and garnished with oppressed and marginalized narratives when it tilts towards women from northern Nigeria.

The historical literature on precolonial African military and feminine roles are seldomly celebrated largely due to the paucity of records showing these roles and the significance being downplayed. Although, history is replete with circumstances where women exercised powers and featured prominently in events that have influenced the history of nations.

Ancient women had displayed leadership buoyancy and undertaken valorous campaigns that elevated and ensured for them commanding status indicating that war and military leadership were not the exclusive preserve of men only. Women like Queen Amina of Zaria, the Amazons of Dahomey, Shaka de Zulu’s women regiment were women who showed astounding valour in military campaigns.

For instance, history has shown that during the life and time of the Prophet (SAW) Nusayba bint Ka’b al-Ansariyya (Umm Ammara) carried a sword and shield, fought and protected the prophet during the battle of Uhud; Khawla bint al-Azwar also participated in the Battle of Yarmuk; and Aisha bint Abubakar the energetic spouse of the prophet after his demise, headed an army and confronted the fourth Caliph, Ali ibn Abi Talib on a battlefield in Basra in a preempted contest for the throne

In Pre-jihad Hausaland, before Islamic culture became widespread, women were classed as active members of their societies, as their traditional roles did not limit them from pursuing personal goals. History has shown outstanding females who wielded great political and economic powers. They held titled offices, controlled slave and grain economy, were market administrators and tax collectors. Queen Daurama held a significant position of leadership in Daura. There was Queen Yargoje of Dutsi, a powerful female ruler and Warrior Queen Amina of Zazzau, daughter to another female ruler, Bakwa of Turunku, a renowned political and military leader.

The title of Magajiya or Inna, was prominent in many parts of Hausaland, where they wielded as much power as their male counterparts. She acted as a regent and went to battle on many occasions. She had ultimate control over all Bori priests and Priestesses indicating that women were traditional religious leaders too. Some of these were documented in Infaq al Maisur by Sultan Bello, son of Uthman Bin Fodio.

Jean Boyd’s work on Nana Asma’u showed that she mobilized women during several battles to assist the army of Shehu Dan Fodio. She featured prominently as a writer, teacher and role model who encouraged women to pursue education and impact positively on their communities. All these are indications that women have contributed positively to the military profession

Per global best practices, the Nigerian Armed Forces conformity with International Human Rights Laws prohibit gender discrimination, ensures gender equality, inclusivity, and social justice, thus promoting greater participation and inclusion of women in the military. However, Nigerian women have not fully utilised this inclusive clause, particularly northern Nigerian Muslim women.    There is almost a non-existent representation of women from the core Hausa/Fulani speaking northern Nigeria Muslim states like Jigawa, Sokoto, Katsina, Zamfara, Kebbi, and Kano. Findings show that most females from northern Nigeria are from other Northern states like Bauchi, Gombe, Niger, Adamawa, etc where a good number of them belong to different ethnic minority groups, are non-Muslims or even if they are Muslims, remain few.

For a start, Islam is a holistic religion that has integrated all facets of living. It is much more than a religion but an identity that has moulded societies and people therein. There is usually a very slimline that separates Islam and the Hausa culture.  These have guided the behaviours and attitudes of the northern Muslims.

Therefore, the ethics and traditions of the military are not in conformity with those of Islam in training, dress code, exposure of body parts/features of females, the free mix-up and interaction between men and women.

On the other hand, findings indicate that both Islamic and traditional leaders have somewhat interpreted and subtly manipulated the Islamic ethical code of law along with patriarchal cultural biases which have been employed to perpetuate some oppressive negative consequences, particularly on women. This patriarchal mindset views female participation in the military as an aberration, a vocation thought to be the exclusive preserve of men.  For instance, in 2017, there was a call from northern elites for the stoppage of admission of female cadets into the Nigerian Defence Academy.

With this general perception of women’s roles, general society and northern Muslim women themselves are insecure and shy to participate in many activities besides domestic ones. Moreover, society has revered the belief that only women with low esteem and perceived to be of easy virtue participate in activities like politics, military jobs, banking, lecturing etc. These and many more factors have affected northern females.

This has generated a huge gap between the northern and southern women in terms of access to some trending professions.  There is a need to reengage northern elites to move for a reshaping of our cultural perspectives to go hand in hand with modernity and unnecessary conservatism should be reviewed and adjusted to conform with the Muslim world.