Release our people or take them to court, families of BDC operators tell Buhari 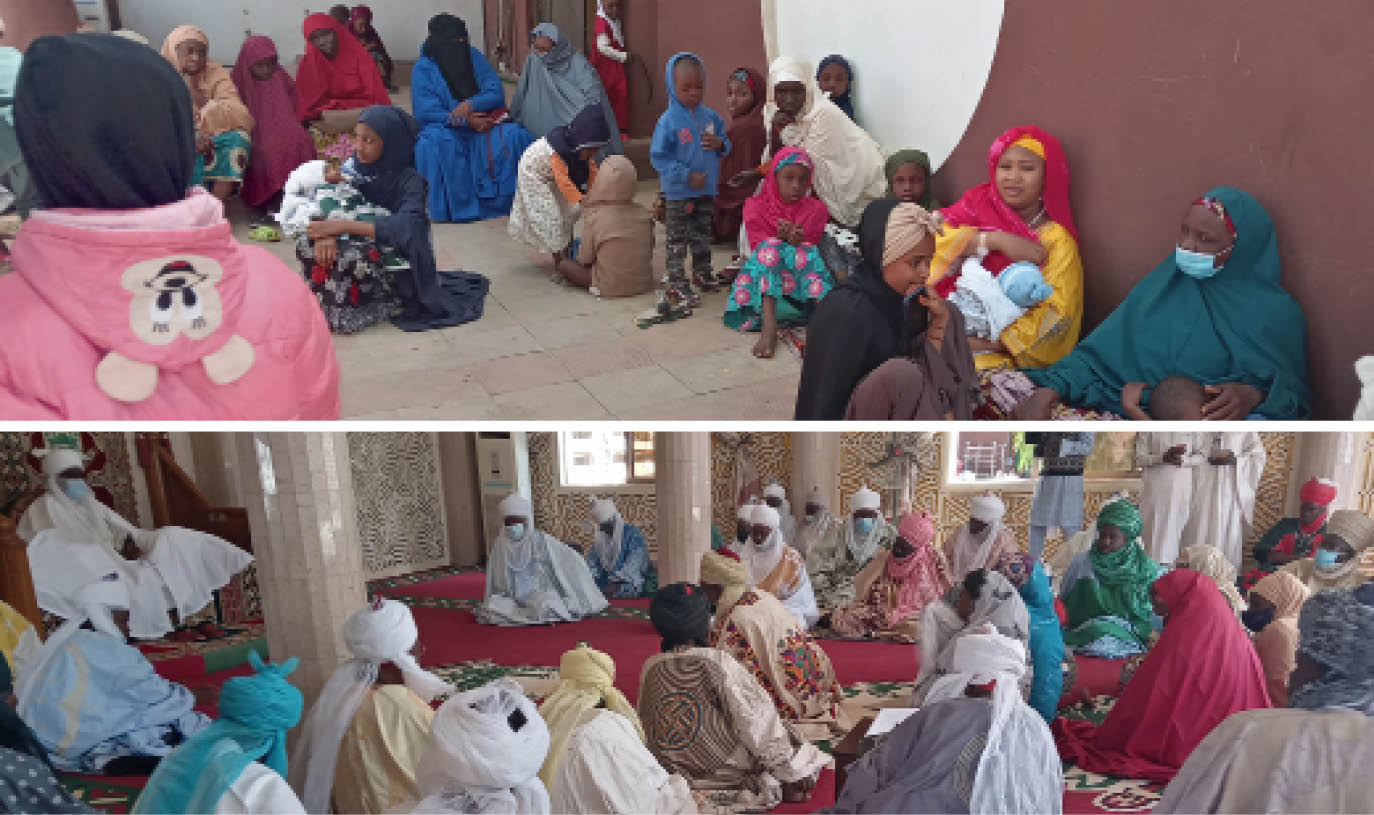 Release our people or take them to court, families of BDC operators tell Buhari

Aggrieved family members of the 45 Bureau De Change (BDC) operators from Kano who were arrested 11 months ago have called on the federal government to release their sons, husbands and fathers or take them to the court.

They lamented that the absence of their breadwinners had continued to take a negative toll on their families.

The mothers, wives and children Thursday took their appeal before the Emir of Kano, Aminu Ado Bayero, to seek the emirate’s intervention on the issue.

After a listening session, the emir directed a delegation of five among the about 50 women and a few boys to file a proper written complaint with the promise to extend intervention.

Recall that some Bureau De Change operators were arrested for allegedly facilitating the transfer of money to Boko Haram terrorists.

Some of them were traders at the foreign exchange open market in Wapa, Fagge Local Government of Kano State.

Speaking with Daily Trust after the meeting with the emir, Halima Jibrin Garo, a mother whose husband is among those arrested, lamented that since they were picked up by the security agents, there had been no sign of their whereabouts.

“Our children have stopped going to school because of the financial crisis we are in. To feed is a problem. Those who are extending a helping hand are tired. Their own issues alone are enough.

“My husband left me with a month-old pregnancy, now I have delivered a four-month-old baby and his father is not even aware.

“Among us is a woman who also gave birth to twins and many of us who underwent operations.

“We are appealing to the government to please come to our aid. We are really suffering.

“We are here today to cry out to our father and leader, the emir of Kano, to please intervene and come to our aid. They should please look at the situation of the little children with us. Most of them have stopped going to school.”

Another protester, Nasiba Gwani Lawi, whose husband, Mansur Muhammad Usman, and brother-in-law, Yazid Muhammad Usman, are among those in custody, said she had not heard from the two since they were reinvited.

She said, “They (the brothers) were invited at first and later cleared that they have no issue in the case but later were invited again. Since then, we have not heard about them or know their whereabouts.

“We followed up to Abuja; they said we will see them at court but all to no avail. We have contacted several authorities but nothing positive.

“Our major concern is to know their fates as we are in the dark. Let them be brought out to the court. If they are guilty let them be charged, if they are not, they should be freed.”

The mother of Abdulrahman Dukawa, one of those in custody, also lamented how the authorities keep lying to them.

“One of his daughters is even dead and he is not aware. Another is currently sick.

“Honestly, the way we are being treated is our major concern. Let them bring them out so they can face the law and at least, we know they are alive, hale and hearty.”

Zannira Uwaisu is the wife of Auwalu Ali Alhassan, who is also in custody. She said her husband was invited along with his three brothers.

“My mother-in-law is now bedridden as a result of her four sons in this dilemma.

“My co-wife has nine children, she is also bedridden. They should please come to our aid. Our 16 children are here with us; we are suffering. They are no longer going to school.”

Zainab Garo, Ahmad Munzali, Ruqayya Abubakar Ibrahim, Aliyu Umar Abdullahi and Khadija Idris are some of the children of those in custody. They joined their mothers to appeal to the government to please come to their aid by releasing their fathers so they can come back to them and continue to look after them.

“We are not going to school anymore, feeding at home is not easy anymore. Our mothers are really suffering.