Each year on June 20, the world celebrates World Refugee Day. The Day offers a chance to raise awareness of the plight of refugees around… 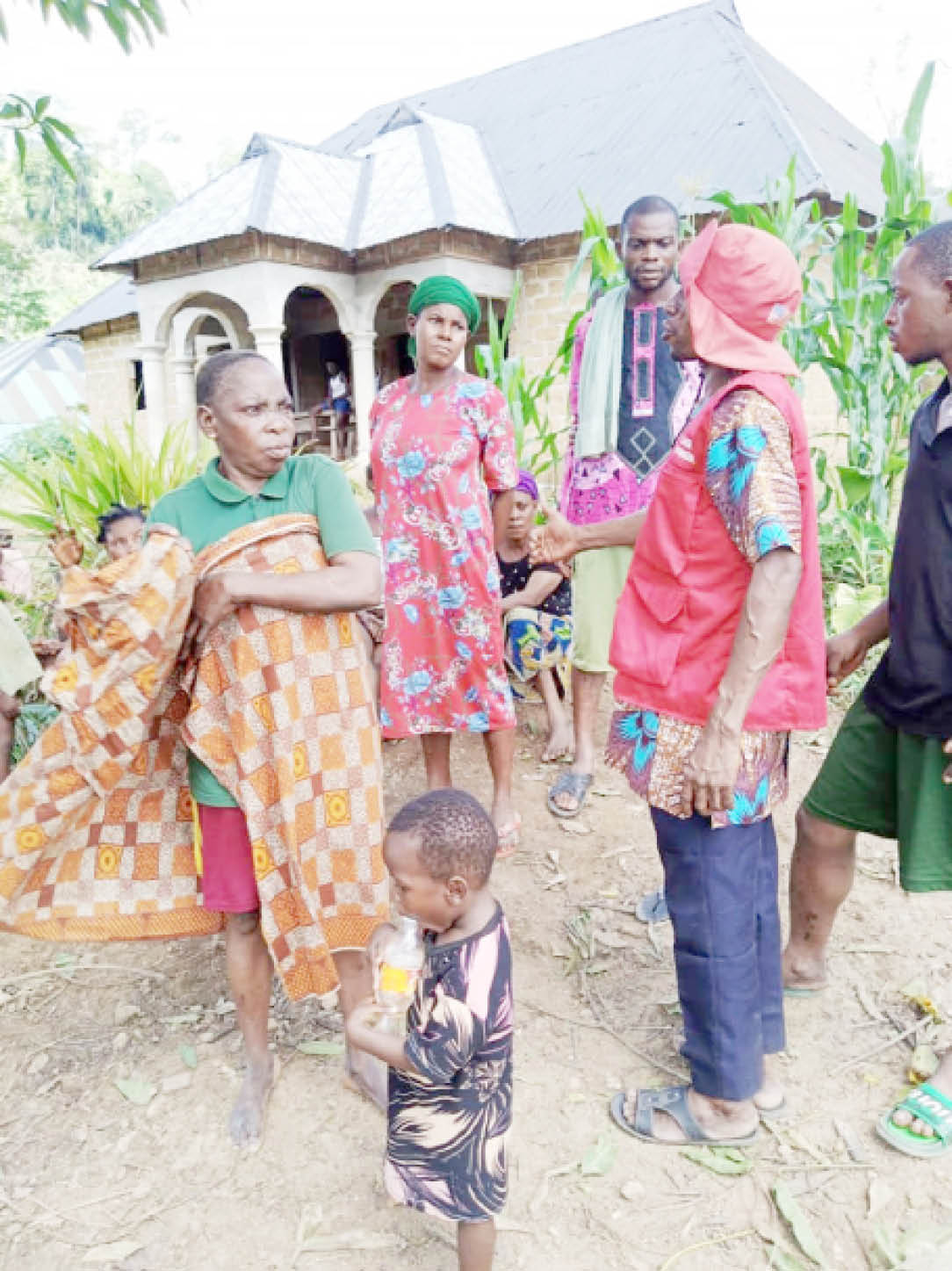 Each year on June 20, the world celebrates World Refugee Day. The Day offers a chance to raise awareness of the plight of refugees around the world and of the efforts to protect their human rights.

Hundreds of Cameroonians have been forced to flee their country, owing to the activities of separatists in the Anglophone regions of the country.

On Sunday, May 29, there were reports of the killing of about 20 members of Obonyi community in Cameroon. Some were critically wounded with machetes, others were doused in petrol and burnt alive while others ran away with the fuel still dripping from their body. Women and children were not spared by the Ambazonian militants.

The anger of the militants was that the people of Obonyi community refused to join their struggle or support their quest for independence. They also accused the young men in Obonyi border community of Cameroon of failure to display the Ambazonian emblems.

As a result of the attack, about 2,000 residents of Obonyi fled the community into the neighbouring Bashu community in Nigeria. Bashu is not far from Danare community where the Nigerian Army has a small base.

Their flight marked the arrival of another set of Cameroon refugees into the state. Their arrival has compounded the situation of their hosts who share common affinity with the Cameroonians by way of ancestry, inter-marriage, culture and tradition.

The Bashu people, who took them in their numbers into their individual homes, are struggling to provide them with sufficient food and medical care. When the hosts’ foods were exhausted and feeding the refugees became a huge challenge, the local chiefs devised a way for each household to contribute cash sums to enable them purchase food stocks to feed themselves and their Cameroonian brethren, Daily Trust Saturday learnt.

The elderly, children not spared from Ambazonian fire

Reliving the attack, 60-year-old Madam Claris Nchenge could not hold her emotion as tears welled up her eyes while she recounted her loss. Like other refugees, she could only escape with the wrapper and blouse she had on. According to her, Bashu women volunteered to give some clothing to her and a few other women. She said the men also volunteered clothing for their men. She speaks the same Bokye dialect as the Boki people of Cross River State.

One of the men who gave his name as Felix escaped with several burns from the Ambazonian militants who bathed him with petrol in an attempt to burn him alive.

“I can say that God did not want me to die,” he said as he made attempts to recover from the trauma and pains suffered from the attack. Some of the men had machete cuts as deep as two inches on their necks, according to medical personnel who attended to them at Bashu.

A little girl of not more than three years was seen with her feeding bottle. She was unaware of what has transpired and the long hardship that may impact her. Along with many other children, they moved about with no vitality and brightness in them.

Madam Claris, who arrived alongside her daughter and one grandson, narrated how the community came under attack.

“When the Amba Boys decided that all boys and men in Obonyi must join them, else they would kill everyone, they meant it.  After a few days, they returned and blocked the routes and began to shoot and kill people. My brother was cut several times with machetes. He died. They poured petrol on our properties and houses and burnt them all.

“Many of us that survived hid in the bushes from where we escaped to our relations in Nigeria. My daughter and grandson are with me,” she said.

Esther, another refugee, is lonely. She has no relation in Nigeria. She escaped alone with her relatives left behind to face the wrath of the militants. She is unsure if any of them will make it alive to cross the border to Nigeria. Her education stopped.

Esther, who is in her twenties, burst into tears as she narrated how her attackers attempted to rape her and other girls during the attack.

“Some of the attackers were raping young girls and women but I was able to escape. It is sad that we have become refugees in another country. I could not even pack my books. This is not what I was looking out for,” she said before retiring to her sobbing state.

Without any relation to accommodate her in Bashu, Esther roams about seeking where to lay her head at dusk while depending on other refugees for buckets, soaps and water to meet her sanitary needs at dawn.

Mr Innocent Menge from Obonyi II, a representative of the refugees, said they are really suffering and cannot dare return to their land.

“We received information from our neighbouring communities that the Amba Boys have threatened to come back to our community to further attack us. They attacked us because they claimed we don’t buy their emblems, pay dues etc.

“Our situation in Bashu is worse. There’s no money, no shelter, no food, no medicine. Many of us sleep in the open, friends’ shops when they would have closed,” he said.

Claris thanked Nigerians who have accommodated and provided support for them.

“Since our arrival, our brethren here in Nigeria have been kind to us. Some of us are accommodated in their houses while others not very lucky are squatting in public halls, exposed to health and environmental hazards. They are not only accommodating us; they have supported us with food. But for how long can they continue?

“A lot of our people beg for food while others eat anything they see,” she said while stressing that some of them are seeking opportunities to be hired to weed farms.

The three local chiefs who administer the Bashu community are unanimous on the burden posed on them by the number of refugees in the area. They are Chief Thomas Mgbayang, the village head of Bashu Bokem; Chief Emmanuel Ochang of Bashu Kaku and Chief Augustine Eban Otu of Bashu Okpambe. The Chiefs said they share natural, traditional and ancestral affinity with the people of Obonyi community in Cameroon.

Chief Ochang confirmed that their people have been responsible for providing shelters and food for the refugees since they moved to Nigeria.

Lamenting that food is the major challenge due to the number of the refugees, the chief said he and other chieftains decided that each household should contribute food and cash to be able to support their relations from the Cameroonian border.

One of the Bashu youth leaders, Augustine Ogar corroborated Chief Ochang. “Currently, feeding is quite challenging. For the past few days, apart from individual aids from the community, the entire community contribution money to purchase food stuffs and share amongst the refugees.

“Though the Nigeria Red Cross came and captured them, there are long processes that need to be made before proper assistance gets to them.

“For now, it is the community that is taking care of the refugees and it’s not easy at all,” he said.

However, another threat posed by the number of the refugees is the issue of poor sanitation and waste management. Without functional public toilets, the refugees, especially those without proper accommodation, are forced to answer the call of nature in bushes and open spaces.

If not checked, the stench from urine will soon take over some of the corners in the community.

Ochang called on governments and international agencies to come to their aid urgently, warning of possible outbreak of diarrhoea and other diseases in the community.

A former member of the state House of Assembly, Chief Cletus Obun, who is from the community, feared the outbreak of medical, environmental and humanitarian crises not only amongst the refugees but also the host communities.

Fear of attacks from Ambazonian militants

Meanwhile, Ogar disclosed that residents, especially peasant farmers in Bashu and nearby communities in Abo clan of Boki LGA are afraid of their lives following threats from the Ambazonian militants.

According to Ogar, the militants have expressed displeasure at their humanitarian gestures to the refugees and have threatened their farmers, especially those who have farms near the Obonyi community in Cameroon.

According to many locals, they have received threats from the militants because they provided shelters for the refugees.

Ogar said, “Currently, farmers in Bashu, can no longer go to their farms in the borderline communities because of the threats by the Ambazonian militants.

“As I speak to you, the community is overcrowded now, though the Red Cross have arrived.”

The Director General of Cross River State Emergency Management Agency (SEMA), Princewill Ayim, who commended Nigerians in Bashu and nearby communities for their show of brotherhood to the Cameroonians, assured that his team will provide needed relief materials to the refugees.

Ayim said that his agency constituted a multi-functional team, consisting of SEMA and other supporting international agencies to move into Bashu to find out the immediate needs of the refugees.

While also commending the Bashu brotherhood, Director General of the Cross River State Primary Healthcare Development Agency, Dr Janet Ekpenyong, lamented that with new arrivals, the state is now overburdened without commensurate federal government support to enable them cope with the ever-increasing number of refugees. She opined that the state government alone cannot handle the huge burden.

“These arrivals have increased the number of refugees in our state. We are hosting more than 50 per cent of refugees in the country. And this is really stressful for us. We are not getting commensurate support from the federal government. We are therefore making a strong appeal for support,” she said.

Ekpenyong added that her agency had deployed a medical team to attend to the refugees, test for some common diseases, including COVID-19, and vaccinate the little children.

“My agency is working with good support from the state ministry of health, World Health Organisation (WHO), UNHCR and Doctors Without Borders. I must sincerely thank these bodies for prompt action and support.

“Once their registration is completed, they would be moved from Bashu community to different refugee camps in the state,” she said

The head of Red Cross who were the first set of interventionist international groups to arrive, Mr Friday Okwo, said the size of the new arrivals completely overwhelmed them and they lack adequate medical manpower to cope.

Okwo said humanitarian crises have started especially as there is acute shortage of food, lack of space, water and other sanitary facilities.

“The Bashu host community may no longer be able to supply food to the refugees. They have tried so far. I fear a situation where they could become demoralised when their stocks run out.

“On our part, we lack medical personnel to cope with the badly injured. Many of them had machete cuts, some were doused with fuel and were to be burnt.

“We have started to evacuate the very critical ones from Wula Hospital to Ikom General Hospital for better attention,” he said.

Chairman of the Bashu community, Emmanuel Aburi, confirmed that CARITAS and International Red Cross visited and took data and pictures of the refugees.