Former President Olusegun Obasanjo has challenged street boys popularly known as “area boys” to rediscover themselves, do what is right and be diligent in their… 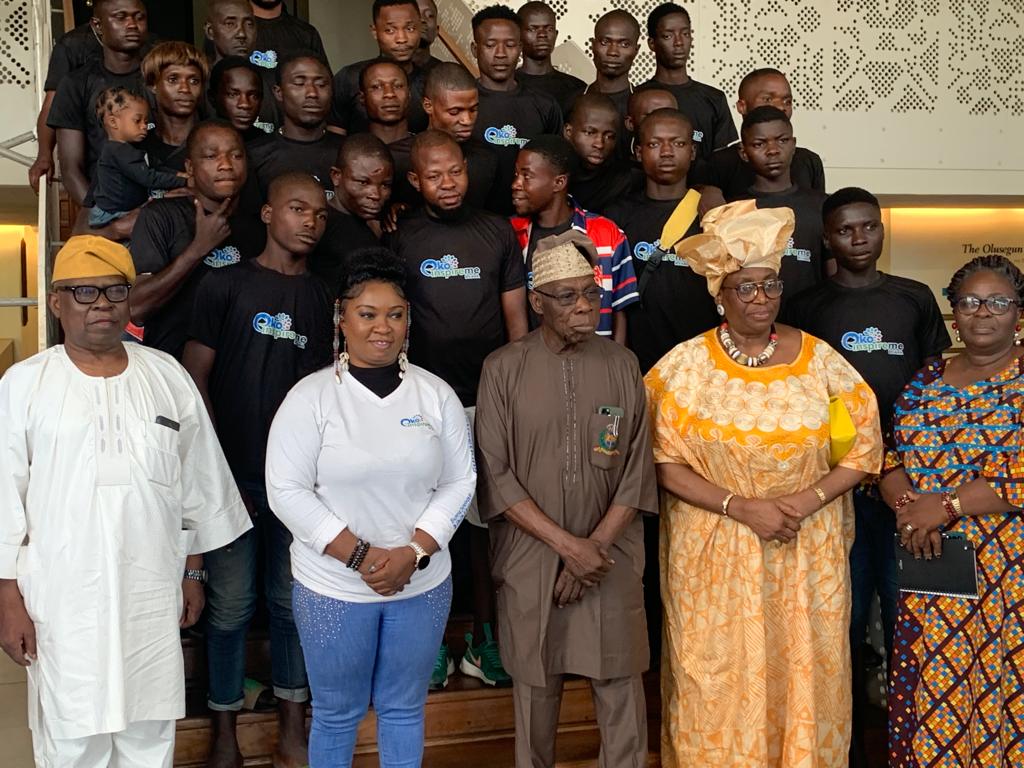 Former President Olusegun Obasanjo has challenged street boys popularly known as “area boys” to rediscover themselves, do what is right and be diligent in their daily activities.

He said this during a mentoring session with the “area boys and girls” at his Penthouse residence, Olusegun Obasanjo Presidential Library in Abeokuta, Ogun State.

The session was facilitated by a renowned female talking drummer, Aralola Olamuyiwa through the support of the Lagos State Government on the project tagged ‘Eko Inspire Me.’

The project seeks to take the beneficiaries off the streets.

The streets boys and girls who have been branded ‘street Kings and Queens’ had a mentoring session with Obasanjo where they informed him of some of their challenges.

In his remarks, Obasanjo told them how he had faced tough challenges at different times before getting to the top.

The former President noted that God didn’t create them as street boys or girls, but there is a need for them to rediscover themselves.

Obasanjo said “God has not created them as street boys and street girls. That’s the first thing. Secondly, as we have heard from them, they also knew when something snapped in their lives and what went wrong. So, the process of rediscovering themselves has started with themselves.”

She said gradually “we hope we will be able to table them off the streets. We also want to engage and empower them.”

“I did not believe in my life that I am going to set my eyes on our former President, Chief Olusegun Obasanjo. Even taking a picture with him is a privilege and a miracle,” one of the mentees, Precilia Ogba, said.

Another one, Olayinka Akala said “All these atrocities and rugged attitudes will be stopped by God’s grace.”