The Emir of Anka and Chairman, Council of Chiefs in Zamfara, Alhaji Attahiru Ahmad, has advised the Federal Government to reconsider its decision to ban… 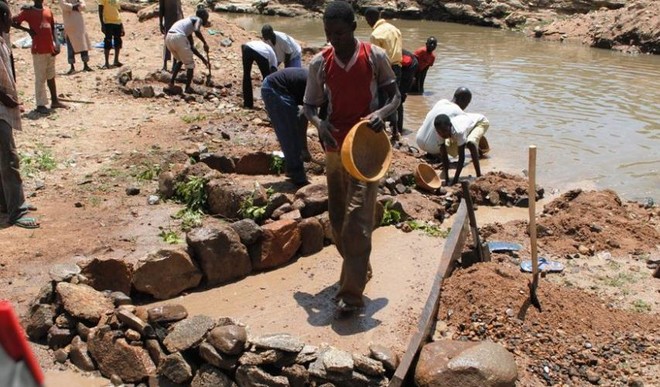 The Emir of Anka and Chairman, Council of Chiefs in Zamfara, Alhaji Attahiru Ahmad, has advised the Federal Government to reconsider its decision to ban illegal mining in the north-western state.

The monarch gave the advice on Tuesday while receiving the Commandant of the Nigeria Security and Civil Defence Corps (NSCDC), in Zamfara, Alhaji Aliyu Alhaji-Garba, and officials of the Federal Ministry of Mines and Steel Development, who paid him a courtesy visit.

The News Agency of Nigeria (NAN), reports that the NSCDC officials, in collaboration with the federal ministry of mines and steel development, were in Anka to meet with local miners.

“Instead of a total ban, government should sensitise illegal miners and also give them close monitoring to ensure they complied with the rules and regulations of the trade.

“Though illegal mining has negative implications, especially on health, environment, ecology and security, government should also be considerate.

“The total ban will result in massive unemployment which may escalate insecurity already bedeviling the state,” the monarch said.

He lamented that most of the mining companies in the state were not helping their host communities.

The emir assured his visitors of total support and cooperation from the emirate and traditional rulers toward reviving and modernising the mining sector.

Earlier, Alhaji-Garba had said that the sensitisation was aimed at ensuring that mining activities were done in line with the rules and regulations guiding the activity.

“We want all illegal miners in the state to acquire the licence from the federal government.

“This is one of federal government’s policies toward diversifying the nation’s economy.

“Zamfara is one of the states in the country blessed with abundant mineral resources, government is working with stakeholders to ensure that the resources are harnessed in line with best practices,” he said.

He said that the NSCDC had a mandate of providing security for licensed mining companies and monitoring the activities of illegal mining in the state.

In his remark, the Plan Officer of the Federal Ministry of Mines and Steel Development, Mr Abunumah Samuel, said that about 80 per cent of mining activities in Nigeria was carried out by artisanal miners which were generally illegal.

He said that the federal government wants to make sure that all artisan miners acquired licences so that they would pay revenue to government.

NAN reports that illegal mining activities have continued to persist in Zamfara in spite of the ban on the crude trade.