For some weeks, there have been many conspiracy theories behind the sudden rise in prices of grains across the country, including the redesign of the… 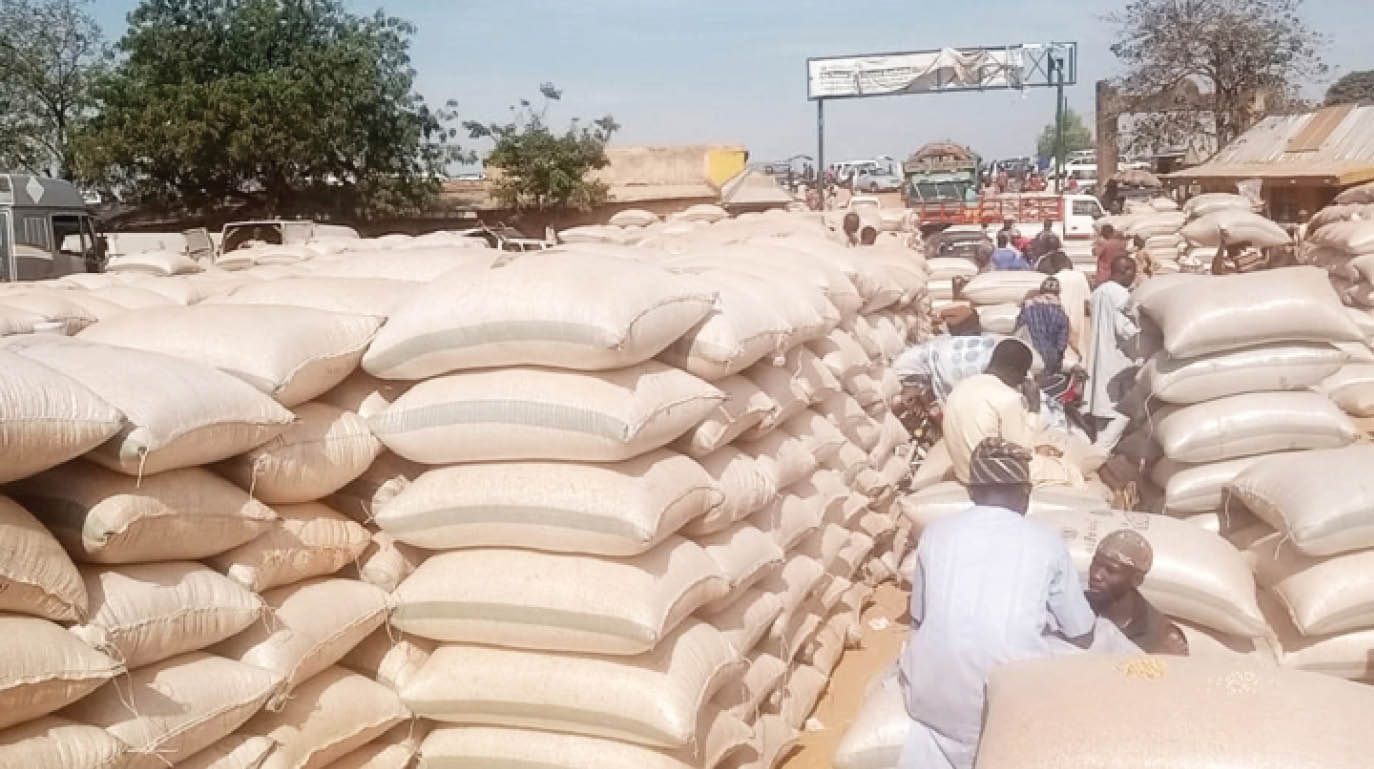 Tons of grains at the market

For some weeks, there have been many conspiracy theories behind the sudden rise in prices of grains across the country, including the redesign of the naira.

But the chairman of the Giwa Marketers Association in Kaduna State, Alhaji Kabir Abubakar, known as Na Funtua, has disagreed with the speculation of panic purchase of grains and hoarding of the commodity due to government’s policy to redesign naira notes.

He said that at Giwa market, which is the second largest grain market in Kaduna State, there were tonnes of grains waiting for buyers as at this week.

Speaking exclusively to Daily Trust on Sunday, Abubakar said, “Those buying the commodity in tonnes are mostly agents of flourmills and other processing companies using grains, sorghum, millet and soybeans as raw materials. It has been a normal routine annually during harvest season.

“We have been hearing of speculation that rich men are going round commodity markets to stash foodstuffs, but I can authoritatively tell you that we are yet to see them here.

“Most of the people that buy grains in large quantities are known to us and we have been interacting with them over the years, so we are yet to see new faces.”

Na Funtua explained that the slight increase in the market value of the commodity resulted from the patronage of processing companies who normally buy the product at the beginning of harvest season.

“Despite this rush by these companies, I can assure you that even if you need 10 trailer-loads of grains you will surely get it at this market. So there is availability of the commodity.

“And if truly the rich men are bringing out money to purchase, definitely you would not get even a trailer-load of the grains here,” he added.

A farmer who came to sell his maize at the market said, “I am selling it this early because of the economic hardship I am facing.”

He lamented the low price of the farm produce compared to what they invested in purchasing assorted fertilisers this year.

“The price of maize per bag is just N20,000 when the price of Camper fertiliser per bag was N25,000 during the farming season,” he added

On why the prices of farm produce are not going down despite the availability of the commodities in the market, the Sarkin Awọ (head of grain sellers) at the Kasuwar Mata market in Sabon gari, Zaria said, “It is because this is the time when agents of food processing companies and flour mills usually come to the market for uptake of the commodity.

“Another reason can be associated to the fact that some villagers who do not use the bank to keep their money are resorting to buying and stocking nonperishable goods as a means of saving their money from the oncoming naira redesign.”

When Daily Trust on Sunday visited the Chikaji industrial area in Zaria, Kaduna State, the major hub of grain silos and stores, there were few number of trailers offloading grains, which is normally witnessed as most companies in the area use agricultural produce as raw materials.

However, the alleged high stashing and offloading of grains into the stores was not seen at the time of the visit.

Our correspondent also noticed that most of the grain stores were virtually empty as their doors were left open.

Efforts to speak to any of the companies’ officials were not successful as they said only their headquarters in Lagos and Abuja could speak to the press.

One of the trailer drivers waiting to upload his commodity at the gate of one of the companies, who did not want his name mentioned, said it was his first trip since the beginning of the harvest year.

“I think the company does not have enough money this year like the previous years. I have been transporting for the company in the last four years, and in previous times, by this November I would have offloaded up to four trucks. I think the economic crunch in the country must have affected them.

“After offloading these grains they will be transported to the South; this is just like a storing base. The grains are used in the main company in Lagos,” he said.