Real Madrid have extended their lead on the La Liga table ahead of Barcelona after a 1-0 win over Atletic Club on Sunday. The victory… 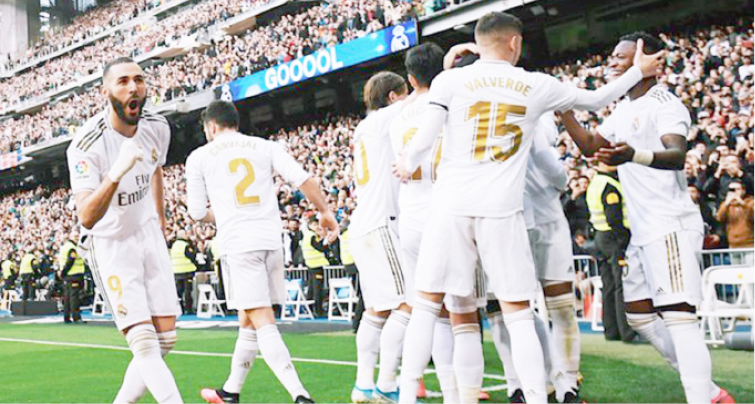 Real Madrid have extended their lead on the La Liga table ahead of Barcelona after a 1-0 win over Atletic Club on Sunday.

The victory is their seventh consecutive win since the return of La Liga in June after months of a break as a result of the COVID-19 pandemic.

Sergio Ramos’s goal from the spot-kick in the 73rd minutes gave Real Madrid a chance to be seven points clear on the league table with 77 points.

Barcelona is having 70 points though, they have played less match.

Real Madrid got the chance to give a wide gap after Barcelona stumbled with a double draw in two consecutive matches against Celta Vigo and Atletico Madrid.

However, with four matches to the end of the 2019/2020 season, Real Madrid will face Deportivo Alaves, Granada, Villarreal, and Leganes before they could seal their 34th La Liga title.

Barcelona, on the other hand, will have to win their matches against Villarreal, Espanyol, Real Valladolid, Osasuna, and Deportivo Alaves in order to keep their title race alive.

Barcelona was frustrated in their last two matches.

The Catalans were two points ahead when the season was halted in March due to the COVID-19 pandemic but have won three of their five matches since the restart.