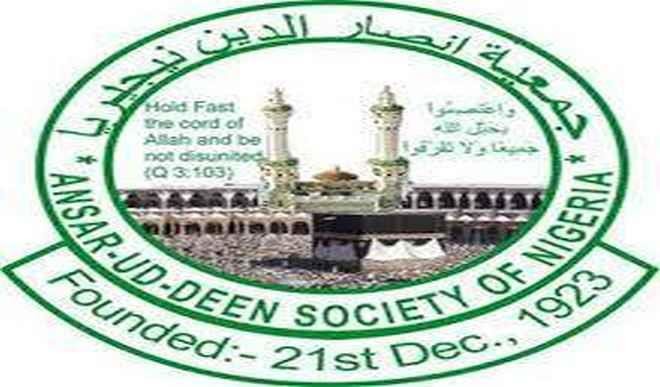 The Chairman, Ansar-ud-Deen Society of Nigeria, Northern States Council of Missioners, Sheikh Muhydeen Ajani Bello, has called for parental care and societal actions to tackle the raging insecurity in the country.

He made the call on Saturday in Abuja at the 27th Annual Ramadan Lecture of the Ansar-ud-Deen Society of Nigeria (ADSN), with the: ‘Ramadan: Family Value and Nation Building’.

“All this (re-building Nigeria) s possible. When we look at things especially in the country and why it is possible for us to say we want to re-build the nation. We have to pray to Allah. It is only Allah that can rebuild it for us and answer our prayers to build the nation again.

“I advised parents to be up to their responsibilities, be prayerful and we should submit ourselves to the will of Allah. That is the normal if we want to achieve the re-build. As we are now it is only Allah that can help us rebuild the nation. The damage is much,” Bello said.

He also said that the nation is passing through turbulent times because of the collapse of the family value, which in turn spread to the society.

He said that while the family mirror the society, the society in turn mirrored the country.

The renown Muslim cleric said that building a country by the society start from responsible family unit which can only be achieved in proper marriage where parents ensure that their children chose their husbands or wives correctly.

Also, the Abuja Branch Missioner of the society, Dr. Musa Olaofe, decried increasing rate of disrespect for elders and constituted authority in the society.

“And that is why it is very highly important that we should always train our children, talk to them politely and we should let them know even when they school abroad, they most have that education. Once they acquired education then they must have respect for elders so that everybody will enjoy them in the society,” he said.

Speaking earlier, Abuja Branch Chairman of the society, Alhaji Mohammed Kabir Olayiwola, noted that the family unit is the smallest group in a community comprising of parents, and children considered as a single entity within the society.

“Several family units constitute the global population. So, if the ethical and moral value within this unit is lost or eroded it will affect the nation building.

“Consequently, leadership starts from the family unit, putting the challenges of monitoring and leadership by good example on the parents before that of the conglomerate entrusted to the State,” Olayiwola said.

He said that the current deplorable and decadence in today’s society could then be traceable to the poor family upbringing when parents have less or no time to instill strict moral and ethical discipline on their children before leaving their care to the seductive life of love of money by all age grades.

He said that to build today’s nation, parents must return back to when communal responsibility on all the children are taken seriously by all the community members without any sentiments of whose children, parents are involved.

He said, “The situation where teenagers engage in money rituals and some irresponsible parents are not challenging their children of ill-gotten wealth must be condemned seriously. The leader of faith must stop putting money first in all their quest to discourage this scenario.

“The leadership of the community or society is definitely a sample of the entire community; therefore, we must go back to the basis to orientate our families before coming to the leaders at the state and national levels respectively.”

The Chairman of the occasion, Alhaji Mashood Mustapha, urged parents to take the responsibility of moral upbringing of their children seriously.

He said, “It is unfortunate where we find ourselves today because most parents don’t even know how their wards make their living talk less of even knowing where they are.

“We have responsibilities to our children not only to pay their school fees and feed them but we should also be interested in the kind of leaders they will become tomorrow.

“We have lost the family values because of this social media thing that have separated parents from the children and you will see a lot of children being independent when they are not supposed to be.”