Raducanu under pressure to deliver at Wimbledon 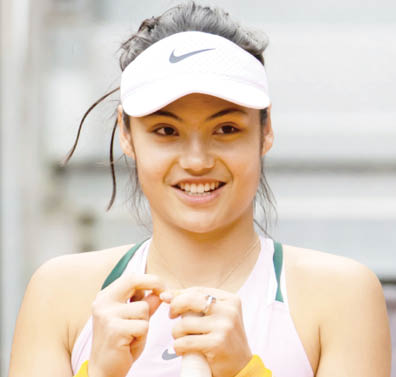 Emma Raducanu is poised for a return to the grass of Wimbledon next week as a Grand Slam winner—under pressure to end Britain’s 45-year-wait for a women’s singles champion.

The teenager caught the eye during her run to the last 16 at the All-England Club 12 months ago before withdrawing from her match against Australian Ajla Tomljanovic because of breathing difficulties.

But her Wimbledon debut merely proved the prelude to an astonishing triumph at the US Open in early September, where she beat Leylah Fernandez in the final.

Raducanu, a qualifier, did not drop a set at Flushing Meadows, becoming the first British female player to win a Grand Slam singles crown since Virginia Wade at Wimbledon in 1977.