Queen of the world

I am deeply saddened, as is the world, by the news of the death of Her Majesty the Queen. Her historic reign and the dedication of… 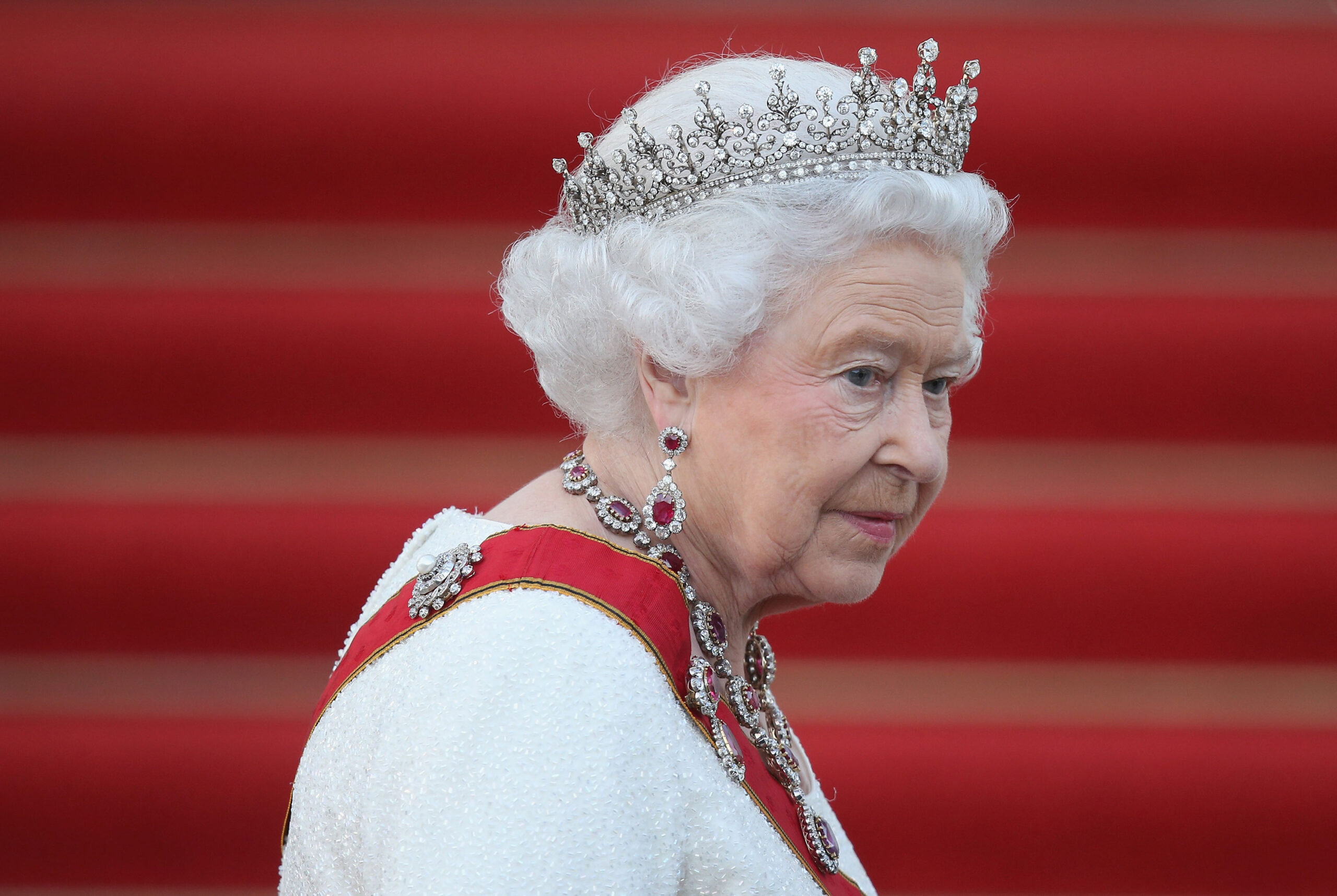 BERLIN, GERMANY – JUNE 24: Queen Elizabeth II arrives for the state banquet in her honour at Schloss Bellevue palace on the second of the royal couple’s four-day visit to Germany on June 24, 2015 in Berlin, Germany. The Queen and Prince Philip are scheduled to visit Berlin, Frankfurt and the concentration camp memorial at Bergen-Belsen during their trip, which is their first to Germany since 2004. (Photo by Sean Gallup/Getty Images)

I am deeply saddened, as is the world, by the news of the death of Her Majesty the Queen. Her historic reign and the dedication of her life to the service of people, not only of the United Kingdom, but of the two and half billion people of 56 commonwealth countries has earned her the title of ‘Queen of the World.’ She will be dearly missed, and will certainly never be forgotten. I am greatly honoured to have met her and to have been awarded with the Queen’s Young Leaders medal. Her support for young people as Patron of the Queen’s Commonwealth Trust is one of the myriad of ways that she has demonstrated, unfailingly over the last 70 years of her reign, that young people are indeed her legacy. I am fortunate to be part of this legacy and wish to uphold Her Late Majesty’s qualities of dedication, duty and kindness to all. Rest in Peace, the Queen of the World. During the Platinum Jubilee celebrations to celebrate her late majesty’s 70 years on the throne, I recounted my encounter with the monarch.

In November 2016, I received a phone call  from a lady who introduced herself and told me she was calling from the Queen’s Commonwealth Trust. “It is really important to keep all the information I am about to tell you top secret until Wednesday, 30th November 2016,” she said.

“The plan is to officially announce this alongside some important events around the Commonwealth, especially the 50th Anniversary of Barbados. However, I am happy to confirm that you have been selected as one of 60 Queen’s Young Leaders Award Winners out of 3,000 exceptional young people across the commonwealth.”

I remained calm and listened as she told me summarily, the details of a residential programme in the United Kingdom and the award ceremony at Buckingham Palace where the Queen will personally award me, should I choose to accept the award. She said an email was to be sent, to which I should reply confirming my acceptance. She congratulated me once more and before ending the call, as if to quench the last embers of suspicions of a prank or practical joke in my head, she added: “This will attract interest from the media both in your home country and in the UK and we will brief you fully on media opportunities for you. The Queen’s Young Leaders Media Team will be available to support you.”

In some way, everything happened so fast from this day. I flew to England and joined 59 other Queen’s Young Leaders joining from almost all 54 commonwealth countries ranging from Australia to India, to Kenya and St. Kitts & Nevis. After the remarkable residential programme which we had in the historic city of Cambridge, (including a tailored leadership course at the University of Cambridge), we returned to the City of London where we had reception after reception fit only for Her Majesty’s guests. We had banquets and parties in our honour hosted by some of the biggest names in town.

It wasn’t all festivities though. Depending on area of work, Queen’s Young Leaders were taken for a special programme to a befitting institution whether in social action, technology or media. Those in technology like me got the singular honour of being received by DeepMind, Google’s AI and Machine learning spin-off in London, Twitter and Facebook headquarters as well as being matched to remarkable mentors who have reached remarkable heights in their lives and careers. There were even more opportunities for business and networking partnerships as we were welcomed by consulting firm PWC, the bank Standard Chartered, the Private bank Coutts, The Royal Courts of Justice and the BBC World Service among others. As if these weren’t enough, we had an afternoon of meetings with political leaders at No. 10 Downing Street as well as met the Commonwealth Secretary-General and high commissioners at Marlborough House.

All this was in preparation for the ultimate spectacle that was the award ceremony itself to be held in Buckingham Palace with celebrities like David Beckham and Mo Farah, politicians like former Prime Minister John Major, royals like Prince Harry and many more ‘A list’ British celebrities all scheduled to witness our award of the medal from Her Majesty the Queen. We were left a whole afternoon to prepare for the Buckingham Palace visit and meeting with Her Majesty. We had handbooks detailing the ‘dos and donts’ and still had a palace staff explain to us: “Her Majesty The Queen is normally addressed on first meeting her as ‘Your Majesty’ and thereafter as ‘Ma’am’.” Also, “To be strictly correct, gentlemen would give a little bow from the neck and ladies would curtsey.” And “ In the case of all other Members of the Royal Family, male or female, they are ‘Your Royal Highness’ first time round and ‘Sir’ or ‘Ma’am’ thereafter. A bow or curtsey would also be perfectly acceptable on the first meeting.”

It was a special type of giddy feeling when we drove towards Buckingham palace, past flocks of onlookers and tourists outside its walls, and the gilded gates were flung open to let us in. The obscenely high walls, golden tapestry and imposing paintings on the walls felt surreal and seemed deliberately designed to make one feel tiny in the presence of such royal grandeur. I was almost perfectly lost in this world until after brief networking and seating in one of the palace’s many halls, I heard my name, perfectly pronounced, “Nasir Yammama, Nigeria” beckoned to walk amidst applause to a standing, smiling and graceful Her Majesty, Queen Elizabeth II, flanked by palace guards, in a floral dress and white gloves.

In that brief moment, amidst a handshake, Her Majesty would enquire about my work in agriculture and technology and remark about how ‘tough’ it must be. She would smile and hand me the Queen’s Young Leaders Medal in a little red box with the monarch’s unmistakable royal cypher – the monogram ‘ER’ with the crown on top of it. I walked away from her that moment with a firm knowledge, even a strong conviction that not only were the young people of the commonwealth the Queen’s biggest legacy but that I am an indelible part of that legacy.