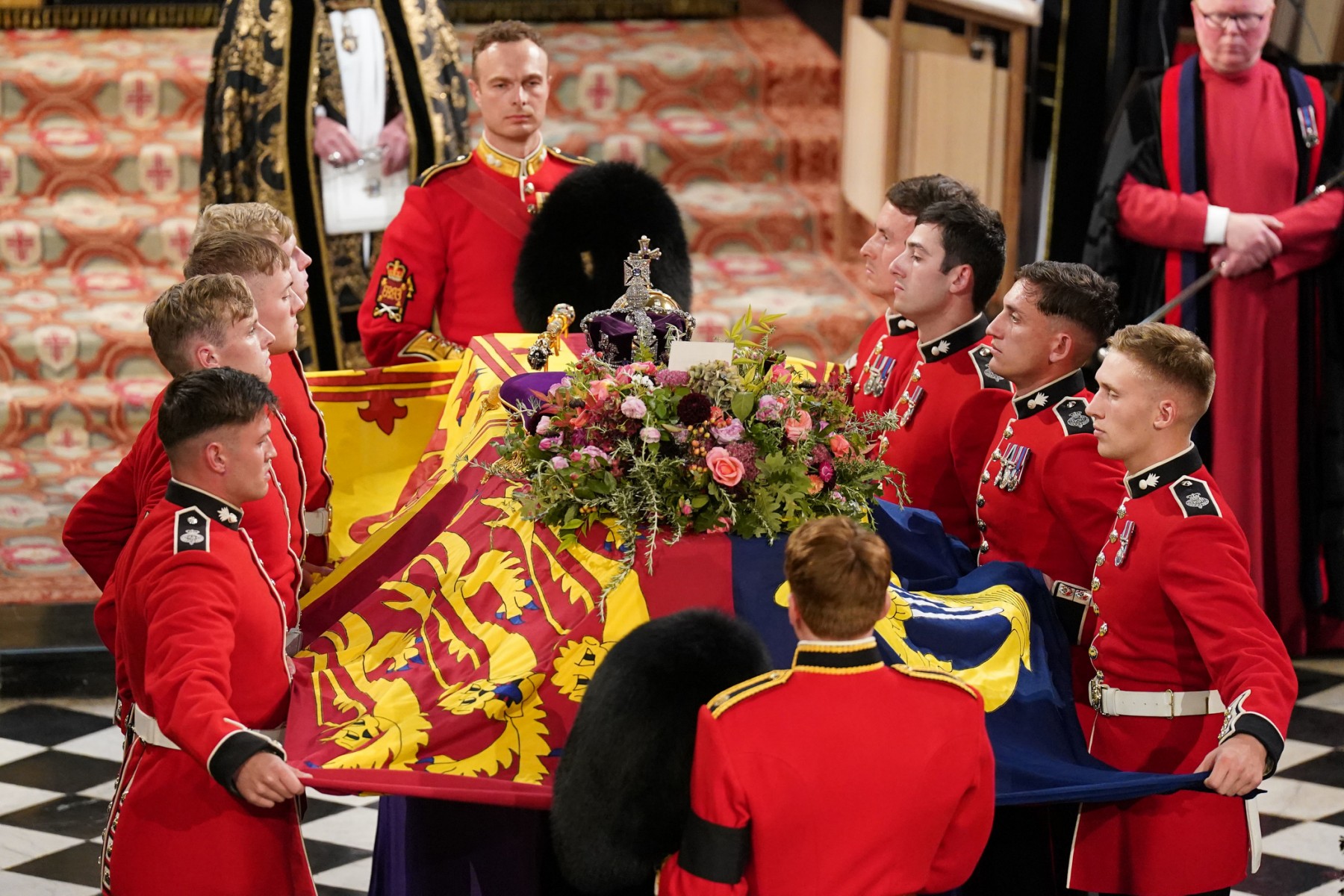 The coffin of Queen Elizabeth II with the Imperial State Crown resting on top arrives in St. George’s Chapel at Windsor Castle on September 19, 2022 in Windsor, west of London, after making its final journey to Windsor Castle after the State Funeral Service. (Photo by Joe Giddens / POOL / AFP)

Vice President Yemi Osinbajo has said that the coming together of leaders from different parts of the globe to celebrate the life of the late Queen Elizabeth II and attend her funeral is a show of solidarity and goodwill by people from around the world.

He said this on Monday in London during a media chat with journalists after attending the State Funeral Service of the late Queen of England at Westminster Abbey.

Osinbajo said the gathering was also a testament to the brotherhood of nations.

He said: “For countries like ours, for Nigeria and for the Commonwealth, this has been very ennobling, very strengthening.

“I am sure that King Charles felt not just the honour of having so many people come by, but also the reassurance that there is a brotherhood across the world and that the Commonwealth remains strong, a Commonwealth of free nations who willingly subscribe to coming together, to work together to achieve sometimes disparate political objectives but clear economic objectives.

“It is a historic event and one that is unlikely to happen, perhaps in another lifetime, just the sheer enormity of all that has happened and the gathering of leaders from everywhere, the goodwill, the good wishes, and all of that from practically everywhere around the world.”

Osinbajo prayed for a successful reign for King Charles lll and looked forward to a wonderful reign that would bring prosperity and peace to not just England but to the Commonwealth and “all of us.”

After the funeral service at Westminster Abbey, Osinbajo and all the foreign dignitaries were hosted to a reception by the UK Secretary of State for Foreign, Commonwealth and Development Affairs, James Cleverly.