The queen of England, Queen Elizabeth is currently under medical supervision due to health concerns. The monarch who is 96, has not been hospitalized but… 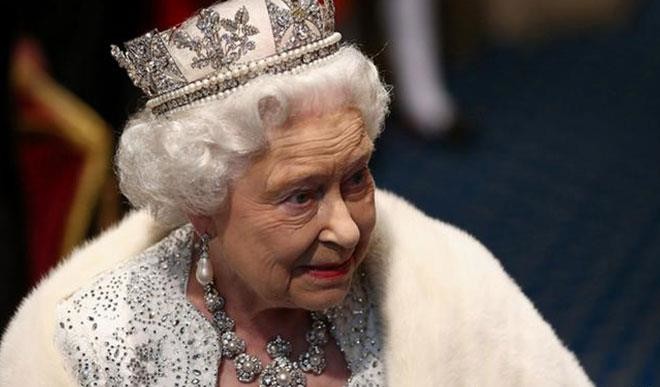 The queen of England, Queen Elizabeth is currently under medical supervision due to health concerns.

The monarch who is 96, has not been hospitalized but remains at Balmoral Castle, her estate in the Scottish Highlands, Buckingham Palace said in a statement.

Her health appeared to be deteriorating sharply on Thursday, with Buckingham Palace announcing that she had been placed under medical supervision and that her doctors were “concerned” about her health.

The queen, who has reigned for 70 years, has not been hospitalized and remains at Balmoral Castle, her estate in the Scottish Highlands, the palace said in a statement.

But on Wednesday evening, she abruptly cancelled a virtual meeting with members of her Privy Council after her doctors advised her to rest, New York Times reports.

“Following further evaluation this morning, the queen’s doctors are concerned for Her Majesty’s health and have recommended that she remain under medical supervision,” the palace said in a statement.

Prince Charles, the heir to the throne, and his wife, Camilla, travelled to be with the queen in Balmoral Castle, his office said.

His eldest son, Prince William, who is second in line to the throne, was also on his way to Scotland, as were the queen’s other sons, Andrew and Edward. Her daughter, Princess Anne, was already at Balmoral.

News of the queen’s worsening condition interrupted a debate in Parliament, moments after the new prime minister, Liz Truss, announced a sweeping package to deal with an energy crisis.

An aide whispered in Ms Truss’s ear, and she stood up, grave-faced, and left the House of Commons chamber shortly afterwards.

On Tuesday, the queen looked frail but alert in a meeting with Ms Truss, who travelled to Balmoral for an audience after being named leader of the Conservative Party.

By tradition, the queen invited Ms Truss to form a government, a step that formally transferred power from her predecessor, Boris Johnson.

Mr Johnson had submitted his resignation to the queen an hour earlier. Both meetings had been moved from Buckingham Palace to Balmoral to spare the queen a flight to London.

“The whole country will be deeply concerned by the news from Buckingham Palace this lunchtime,” Ms Truss said in a Tweet on Thursday. “My thoughts — and the thoughts of people across our United Kingdom — are with Her Majesty, The Queen and her family at this time,” she said.

The details of the queen’s medical condition are not known, though the palace has said in the past that she suffers from problems with mobility. She recovered from a bout with Covid-19 in February but said later it had left her exhausted.

In a photo of her and Ms Truss released by the palace, the queen held a walking stick in her left hand.

The queen’s declining health has been a recurring cause of concern for the last few years, forcing her to cancel many public appearances, even solemn events like her annual commemoration of Britain’s wartime dead.

During the Platinum Jubilee in June, marking her 70 years on the throne, a smiling monarch appeared on the balcony of Buckingham Palace to watch a parade and a Royal Air Force flyover in her honour.

But she skipped most of the rest of the celebrations, including a gala concert held in Queen Victoria Square, in front of the palace.

As the queen has receded from public view, Charles, her heir, has taken on many of her public duties, including the state opening of Parliament and the conferring of knighthoods. She stopped travelling outside Britain several years ago.

In April 2021, the queen lost her husband of 73 years, Prince Philip, who died a few weeks before his 100th birthday. At Philip’s memorial service, she sat, masked and alone, in a choir stall at St. George’s Chapel in Windsor Castle, a poignant symbol of the pandemic’s social distancing restrictions.