Queen Elizabeth: Nine notable changes to be made in England, other countries

Following the end of Queen Elizabeth II’s record-breaking reign of  seven decades on Thursday, some image and national symbols in the United Kingdom and across… 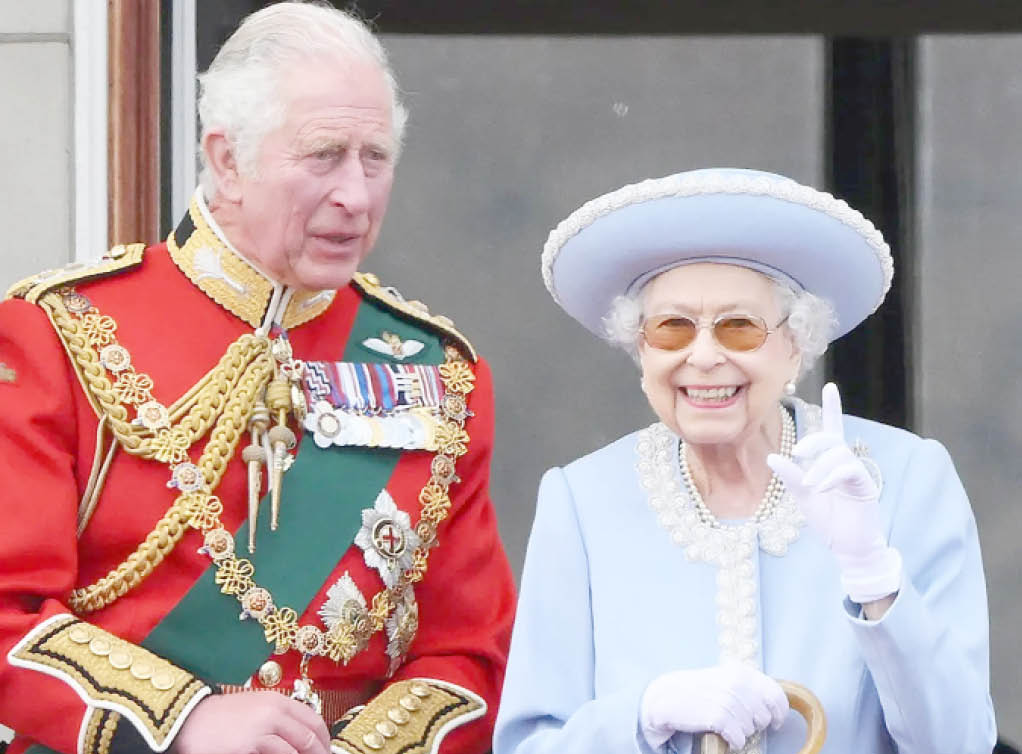 Following the end of Queen Elizabeth II’s record-breaking reign of  seven decades on Thursday, some image and national symbols in the United Kingdom and across the Commonwealth will wear some new looks.

Queen Elizabeth II died at the age of 96 in her Scottish summer residence following nearly a year of ailing health. She was immediately succeeded by her eldest son, 73-year-old King Charles. Here are some of the things that will need to change.

I have nothing but hatred for Queen Elizabeth, Nigerian Prof insists despite backlash

From the flags that fly outside police stations across the UK to the standard used on a naval ship when a general is onboard, thousands of flags emblazoned with Elizabeth II will need to be replaced.

Military regiments fly “Queen’s colours”, many of which are studded with a golden embroidered EIIR; the fire service ensign includes her initials and countries where the Queen remains head of state, including Australia, Canada and New Zealand, have what flag experts call “E flags” – personal flags for the Queen that are used when she is visiting.

It is possible that the royal standard – the quartered flag that flies wherever the monarch is in residence – could also change.

The version used by the Queen includes one quarter representing Scotland (a lion rampant), one for Ireland (a harp), and two representing England (three lions passant), but none for Wales. It has been in use long before Wales had its own national flag, recognised in 1959. The next monarch could incorporate a Welsh element.

There are 4.5bn sterling bank notes in circulation with the Queen’s face on them, worth a combined £80bn. Replacing them with alternatives featuring the head of the new monarch.

An image of the new monarch would be agreed with Buckingham Palace. The Queen’s head also features on some $20 banknotes in Canada, on coins in New Zealand, and on all coins and notes issued by the Eastern Caribbean central bank, as well as other parts of the Commonwealth.

The death of Queen Elizabeth would also bring about a change in the legal title in the United Kingdom. Senior lawyers addressed as Queen’s Counsel would now be addressed as King’s Counsel.

The anthem has been in use since 1745 when an early version ran: “God save great George our king, Long live our noble king, God save the king.”

The Queen was the “defender of the faith and supreme governor” of the Church of England, and there are prayers to her in the Book of Common Prayer, which dates from 1662.

One asks God to “replenish her with the grace of thy Holy Spirit, that she may always incline to thy will, and walk in thy way”. These are expected to be amended to become prayers for the new monarch.

The familiar royal arms, which feature a lion and a unicorn rampant against a shield, are used widely on government premises and stationery, and any change would be costly, but it may not be necessary. It would need to change if the new monarch decided to represent Wales on the shield in line with any change to the royal standard.

Royal Mail postboxes bearing Queen Elizabeth’s royal cypher, ER, are unlikely to be removed. Some with King George VI’s GR cypher remain in use today, 70 years on. Royal Mail, however, will change stamps, with a profile image of the new monarch being used.

MPs are not allowed to sit in the House of Commons, speak in debates, vote or receive a salary unless they pledge allegiance to the crown. Since 1952, the wording has been: “I (name of Member) swear by almighty God that I will be faithful and bear true allegiance to Her Majesty Queen Elizabeth, her heirs and successors, according to law. So help me God.”

MPs and peers will have to swear a new oath to her successor, King Charles.

The Queen’s death is a precarious moment for some of Britain’s wider Commonwealth realm, 14 countries of which recognise the monarch as their head of state.

In many cases their constitutions state that the Queen, specifically, is the head of state. In these countries, constitutions will need to be amended to refer to her successor.

In countries such as Jamaica, where there is a strong republican movement, and Belize, these constitutional changes will also require a referendum, according to Commonwealth experts. This is expected to bring about a moment of political peril for the new monarch, who, after Barbados became a republic in 2021, could face the loss of another prominent part of the Caribbean Commonwealth.