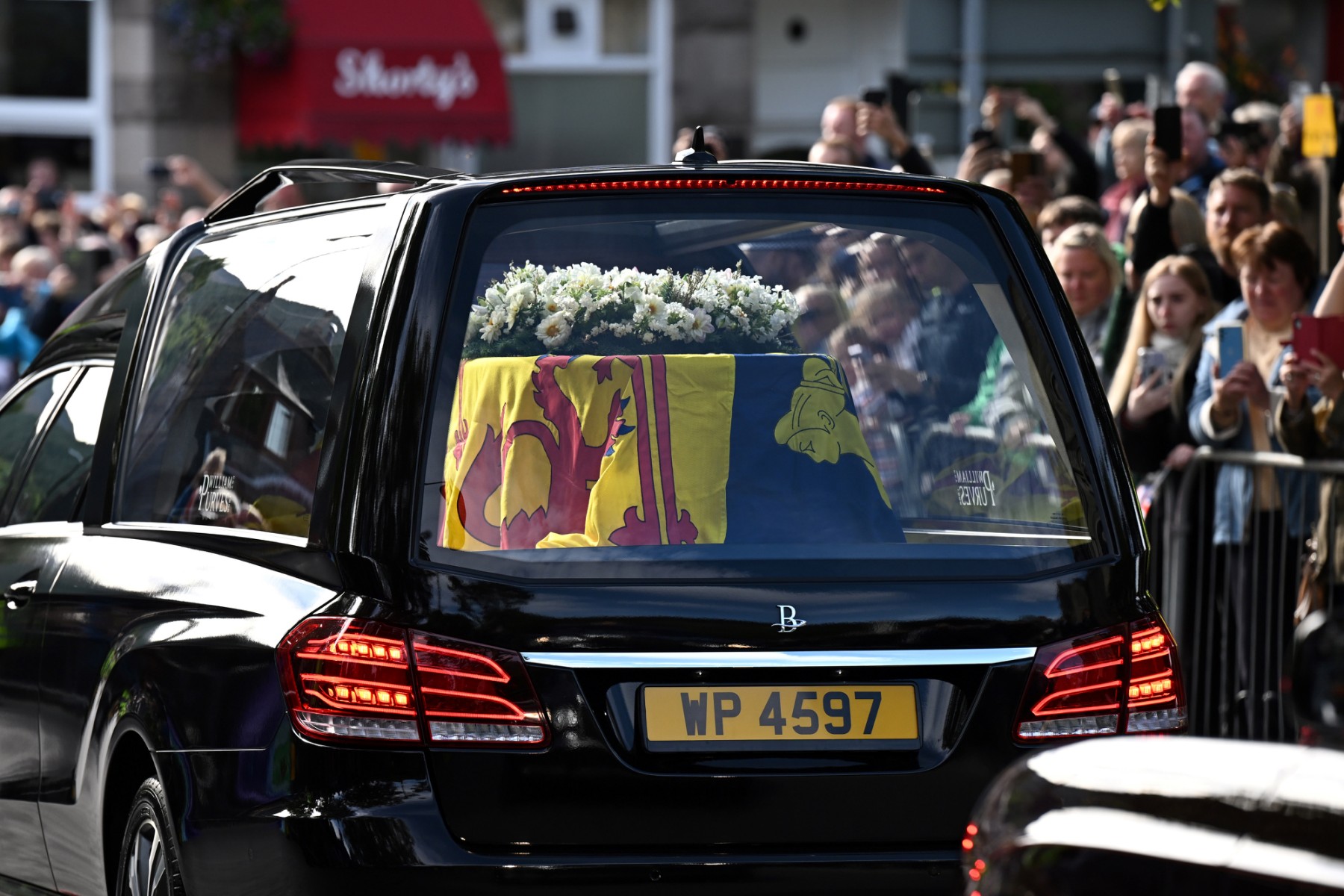 Thousands of mourners lined the route to pay their respects as Queen Elizabeth II’s coffin on Sunday headed from the Scottish retreat where she died to Edinburgh on the first leg of her sombre final journey.

A hush fell over the gathered crowd as the cortege carrying the queen’s casket exited the gates of Balmoral Castle at the start of an odyssey of mourning in the United Kingdom that will culminate in her state funeral in London on September 19.

Some well-wishers threw flowers or applauded, while others were in tears as the long convoy led by a black hearse wound its way slowly on a six-hour journey to Scotland’s capital, where it will stay for two days.

Six groundskeepers had loaded the oak coffin – draped with a Scottish Royal Standard and a floral wreath – into the hearse that was followed by a Bentley carrying the queen’s only daughter Princess Anne.

The first glimpse of the queen’s coffin for a grieving nation came a day after her son Charles III was formally proclaimed king, and after her warring grandsons William and Harry, and their wives Kate and Meghan, briefly reunited for a walkabout.

The king himself will travel to Edinburgh on Monday for a prayer service, before the body of the queen, who died at Balmoral on Thursday aged 96, is flown to London on Tuesday.

Britain’s longest-serving monarch will then lie in state for four days which is expected to draw at least a million people, ahead of a funeral set to be watched worldwide and attended by numerous heads of state. (AFP)