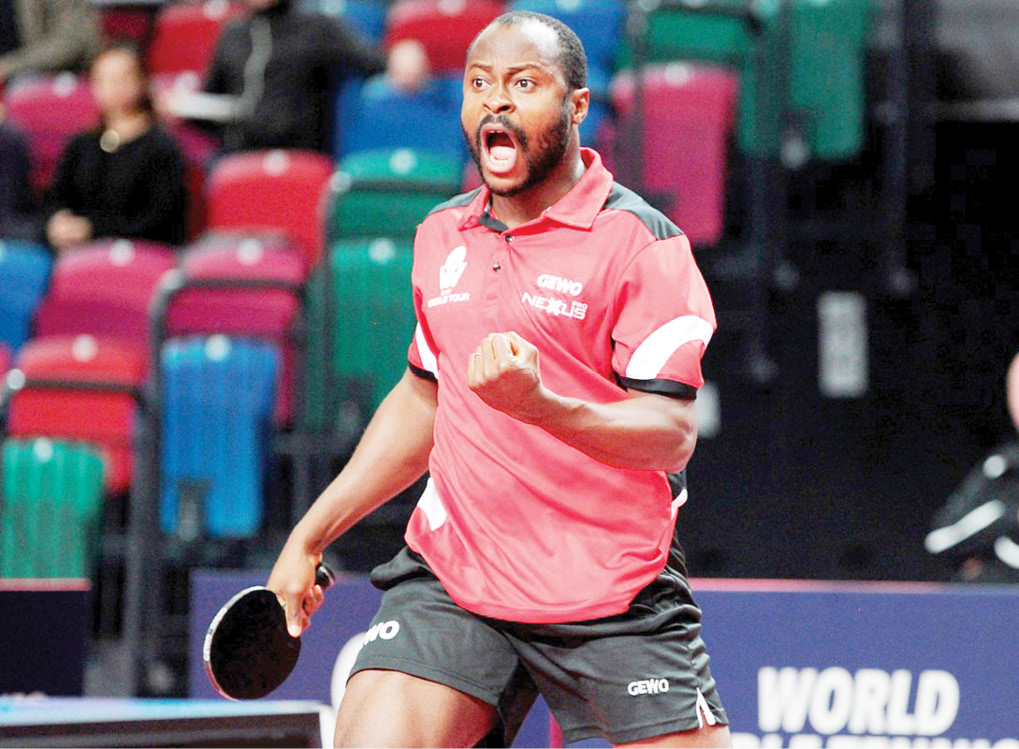 The International table tennis federation (ITTF) has listed Aruna Quadri as one of the top 20 players in the world that will compete at the ITTF Men’s World Cup scheduled for November in China.

Quadri was selected based on the world ranking which makes him the highest-ranked African in the world rated 20th in the globe and he will be taking parting in his third consecutive World Cup.

He was the first African to reach the quarterfinal of the competition following his exploits at the 2014 edition in Dusseldorf, Germany.

A statement by the world table tennis ruling body revealed that after several months of suspended activity due to the COVID-19 pandemic, the Men’s and Women’s World Cups will kick-start the resumption of international table tennis competitions.

The World Cups according to ITTF will feature 20 female and 20 male athletes, including the World Champion, qualified players from all completed continental events (Africa, Europe and Pan America) and players selected by world ranking from the other continents (Asia and Oceania) as well as the whole world according to the provisional World Cup playing system. The players from Asia are the same who would have played at the 2020 Asian Cup, had it not been cancelled due to COVID-19.

The men’s star-studded field include China’s Ma Long who is considered by many as the greatest table tennis player of all time, and he will be looking to add the 2020 Men’s World Cup to his burgeoning trophy cabinet.

Ma Long is joined by world no.1, Fan Zhendong (China) as well as a number of other top Asian players to have qualified via their world ranking, such as teenage talents, world number four at 16 years, Tomokazu Harimoto and Lin Yun-Ju (Chinese Taipei) who is world number seven at 18 years old.

Europe is providing plenty of strength, especially in the form of German pair, Timo Boll, who qualifies off the back of his 2019 Europe Cup victory, and Dimitrij Ovtcharov, the former world no.1 entering as a wild card.