Ahead the November off-cycles governorship elections in Bayelsa and Kogi states, Persons with Disabilities (PWDs) under the aegis of Access Nigeria: Disability Votes Matter campaign… 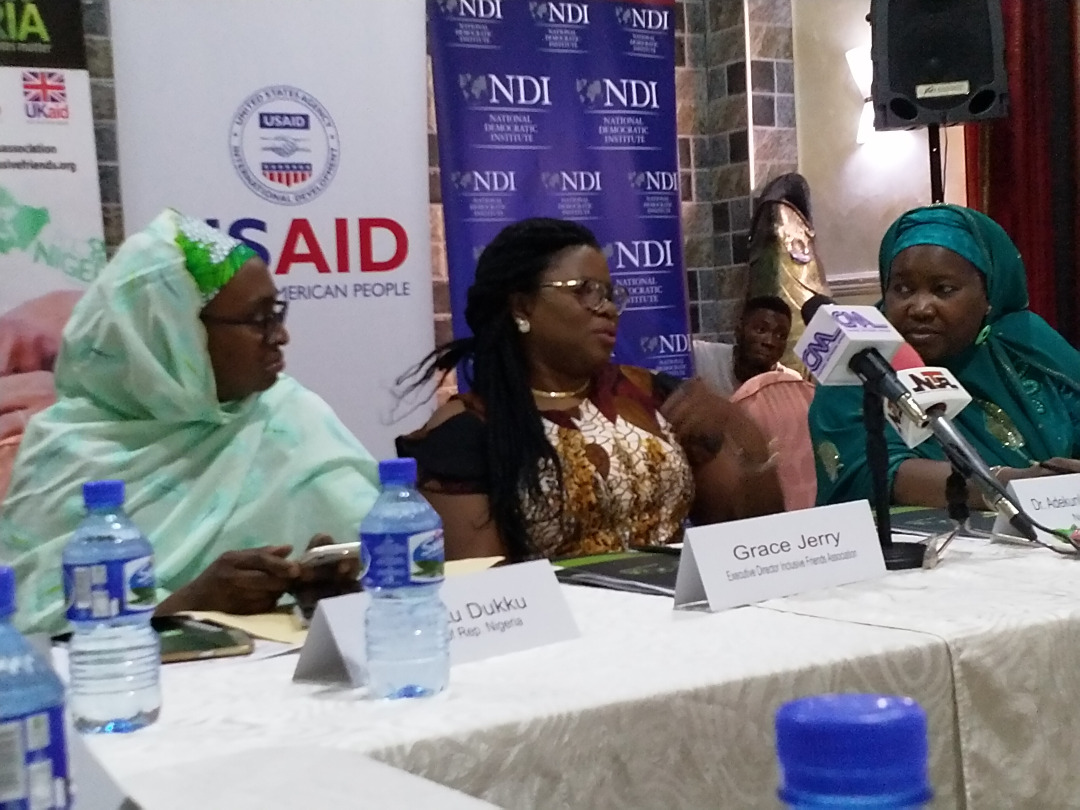 Ahead the November off-cycles governorship elections in Bayelsa and Kogi states, Persons with Disabilities (PWDs) under the aegis of Access Nigeria: Disability Votes Matter campaign has urged the Independent National Electoral Commission (INEC) to re-design polling units for its members.

She made the appeal in Abuja during the third Quarterly Stakeholders Roundtable on Inclusive Elections in Nigeria, organised by IFA, USAID, NDI, UKaid and AccessNigeria.

She said the Access Nigeria: Disability Votes Matter, campaign was set up in 2016 to advocate for more accessible and inclusive elections for PWDs in Nigeria.
She also said that the campaign will before the week runs out present a draft ‘Sign Language Interpreters Manual’ and ‘Draft Disability Manual’ to INEC and the National Orientation Agency (NOA) for their consideration and possible adoption.

“Both documents will facilitate increased participation of PWDs in physical and virtual activities of both organizations now and in the future, if adopted,” Jerry said.

While commending INEC for deploying magnifying glasses for use by voters with Albinism for the first time during a national election and other initiatives, she said their expectation is that INEC will retain the braille ballot guide and other innovations introduced during the general elections for the Kogi and Bayelsa states governorship elections.

“The physical accessibility of polling units for voters with disabilities remained a major issue. Polling units were still located on the verandas of public buildings, making it difficult or impossible for people with physical disabilities to access them.

“The election officials, voting cubicles and ballot boxes at these polling were all elevated and inaccessible. Secondly, while the braille ballot guide was impressively deployed at 41 percent of polling units countrywide, the guide did not match the presidential election ballot paper and could not be used by the enthusiastic blind voters who come out to use it.

“Even though the braille guide was deployed at 41 percent of polling units (almost half of the country), many blind voters did not see it at their polling units. The big lesson here is that INEC and DPOs cannot run away from a nationwide collection of data of PWDs, disaggregated by type of disabilities, to inform planning for elections.

“Thirdly, voter education and information on the availability and use of the braille ballot guide was insufficient. The Access Nigeria campaign shared the braille guide with state chapters of the Nigerian National Association of the Blind (NNAD) and paid for Public Service Announcements (PSAs) to popularize the guide and how it could be used. This was insufficient, Nigeria is a very large country and this effort was not well complimented by INEC,” she said.

On her part, the House of Representatives Chairman Committee on Electoral and Political Parties Matters Hon. Aishatu Jibril Dukku, urged INEC to address the issue of collation of PWDs, disaggregated by the disability, to enable them plan better for participation.

“Voting for PWDs is not just about casting ballots, it is about belonging to the human race. It is important for them to have that joy of full participation and access to Nigeria’s political and electoral processes to enable them contribute to national development,” she said.