The Kogi State Chapter of the Association of Table Water Producers has announced an increment in the price of sachet water, popularly known as “Pure… 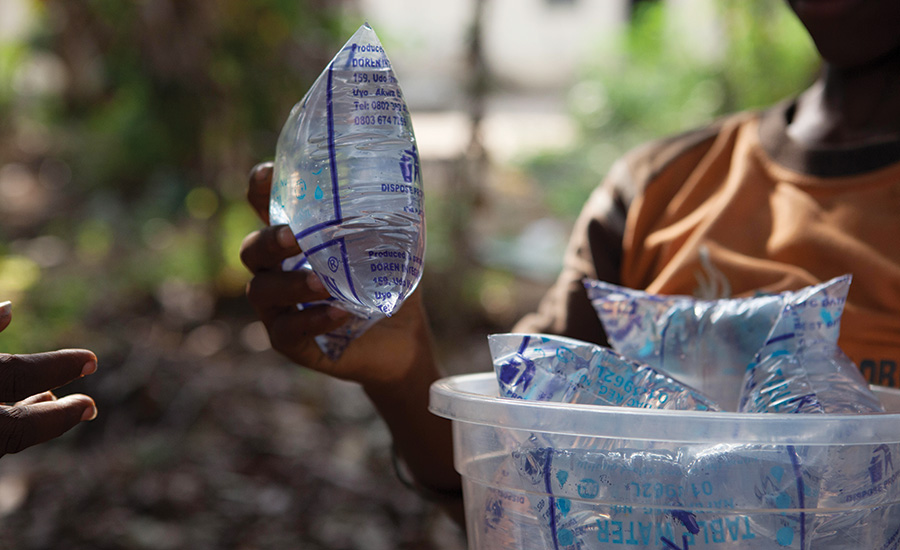 The Kogi State Chapter of the Association of Table Water Producers has announced an increment in the price of sachet water, popularly known as “Pure Water” from N10 to N20.

The Table Water Producers attributed their action to the high cost of production occasioned by the exchange rate of Naira to Dollar.

Daily Trust learnt that the Association had increased the amount of a bag of ‘pure water’ last year from N100 to N130 due to what ATWAP referred to as the economic effect caused by the first wave of COVID-19 pandemic.

The Chairman of the Association, Mr Joseph Eseyin announced this in an interview with Daily Trust in Lokoja, the state capital, on Wednesday.

He said a bag of sachet water will now be sold for N200 due to the present economic realities.

He added that the move was not aimed at causing hardship for consumers but to reduce the effect of the high cost of production and to enable members to produce potable water that is in line with the guidelines of the National Food Drug Administration and Control.

Eseyin argued that a litre of petrol has increased to N165 while that of film rolls and packing bag are now over N1.6m per tonne and N7000 per bundle respectively, including the price of diesel.

He added further that with the new price, the price of a sachet of pure water will now be N20 across Kogi State. Eseyin further appealed to retailers to cooperate with the association in the new price regime.

Eseyin stressed that ATWAP is embarking on a 3-day sanitation exercise to enable them to put enough structure on the ground to serve its consumers in the State better.