Prof. Adewole and the dire straits of Nigerian medical doctors

The Nigerian minister of health, Professor Isaac Adewole, is currently being severely criticized for his comments in response to a reporter who asked him why… 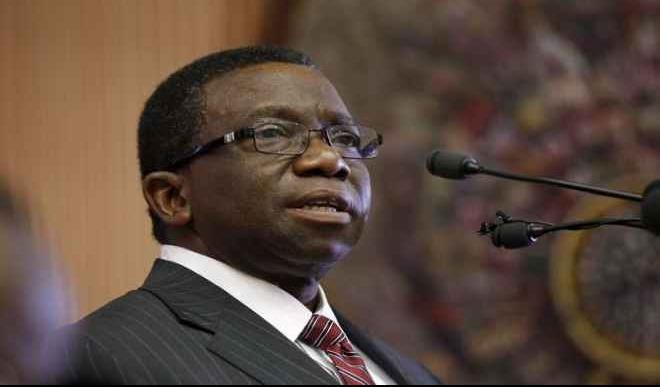 The Nigerian minister of health, Professor Isaac Adewole, is currently being severely criticized for his comments in response to a reporter who asked him why it is becoming increasingly difficult for newly minted medical doctors to find a place for residency training in a bid to become specialists in the various disciplines of medicine. The minister said that it is not necessary for all doctors to become specialists in medicine, as some of them can try their hands on other professions or vocations such as farming, politics, or even gown-sewing.

To even give us a closer example, the minister said that his tailor makes the best gowns in spite of being a doctor. Being a medical doctor who has practiced the profession for several decades both in the clinic and the academia, and having risen through the academic ranks to become a professor of obstetrics and gynecology, plus a privilege to serve as the Vice Chancellor of a foremost institution of higher learning in Nigeria, that comment from Professor Adewole, cannot be said to be inspiring, no matter how you choose to evaluate its worth.

It is common knowledge that healthcare system in the country is in dire straits. The healthcare sector is as bad as the Nigerian roads; in some parts of the country. The contributing factors are quite enormous, and includes, but is not limited to, corruption across the healthcare horizon, poor education of both management specialists and the doctors, ill-trained nurses, unavailability of medication, lack of financing on government medical facilities, lack of modern tools, hygiene deficiency, etc. The consequences of these do not only create a want in empathy from the medical practitioners themselves, it also leads to an even greater disadvantage for Nigeria by giving rise to what is popularly termed brain drain.

It is no longer news that Nigerian doctors find it fascinating to migrate to other countries as a way of furthering their careers and improving on their socio-economic situations. These migrations havebeen recognized by the World Health Organization as a key creator of imbalances in the global health workforce. Although it is often reported by most researchers that there is very little data that exist on the empirical evidence that quantifies migration rates of medical doctors from Nigeria to the developed countries especially to the cultural and geographical West, however, according to a 2005 study in the medical journal, The Lancet (Ihekweazu, C., Anya, I. and Anosike, E., 2005. Nigerian medical graduates: Where are they now? The Lancet, 365(9474), pp.1847-1848.), about 40 percent of medical graduates in Nigeria may be living abroad-with the USA, UK and Ireland as the most preferred destinations for these graduates. The study examined the whereabouts of three consecutive graduating classes in the medical college of the University of Nigeria.

The official class lists for the years 1995, 1996 and 1997 were obtained and many individual members of the classes were reached through informal networks such as email group lists, telephone interviews and emailed questions. According to the authors of the study, a “snowball” approach was also used by which some participants in the study recommended other sources of information on the locations of their classmates. The results from that study suggest that out of the 468 graduates sampled, 416 were located, which accounted for 89 percent of the total. The locations of 46 graduates were unknown while 6 were said to be deceased. While the results from the study may be said to have its own limitations for which far-reaching conclusions should be made with some degree of caution, nonetheless, in general terms, the results speak of the extreme scale of the brain drain phenomenon within Nigeria’s medical professions.

But all hope is not lost on Nigeria as the human capital migration is possible to be reversed. The case of China and India can be used as good examples of countries where very many professionals are returning home after many years of experience abroad in order to set up some businesses, teach in universities, or work for multinational companies based in their home countries.

It is essential to note, however, that for the brain drain to be reversed, central government policies are very crucial. These policies must assure steadiness in the domestic environment, freedom of movement, political stability and the continuity of government policies especially on the economy, and the general interests of the government in its utilization of human capital. Returnees, who are professionals in their disciplines, may be appeased with different incentives such as the creation of a space that guarantees higher social status and better career opportunities.

In the STEM disciplines, for example, the government can encourage competition amongst universities and related institutions by creating state-of-the-art research laboratories and enterprises as the immediate enclaves for returning intelligentsias. For instance, China was able to achieve this by instituting a new life science school at Tsinghua University, Beijing. As many Chinese scientists as possible were recruited in that university; who were previously located in more developed countries as the USA-giving China an opportunity to construct a science program from the scratch and to invest heavily on research and development for the advancement of their country.

Considering that Professor Adewole is experienced enough to understand the dire straits of medical doctors in Nigeria, yet he chose to say that they be allowed to especially become tailors is appalling, to say the least. As noted by Dr. Abdullahi Dahiru of the Kano State Hospitals Management Board, why should the Nigerian government expend so much resources to train doctors who would later become tailors? Would it not be easier for the government to train them as tailors in the first instance? These are very fundamental questions that should be left for the health minister, Professor Isaac Adewole, to answer.