Prices of grains across major cities in Nigeria are spiking again after a little drop during harvest that ended in December, thereby heightening fear that… 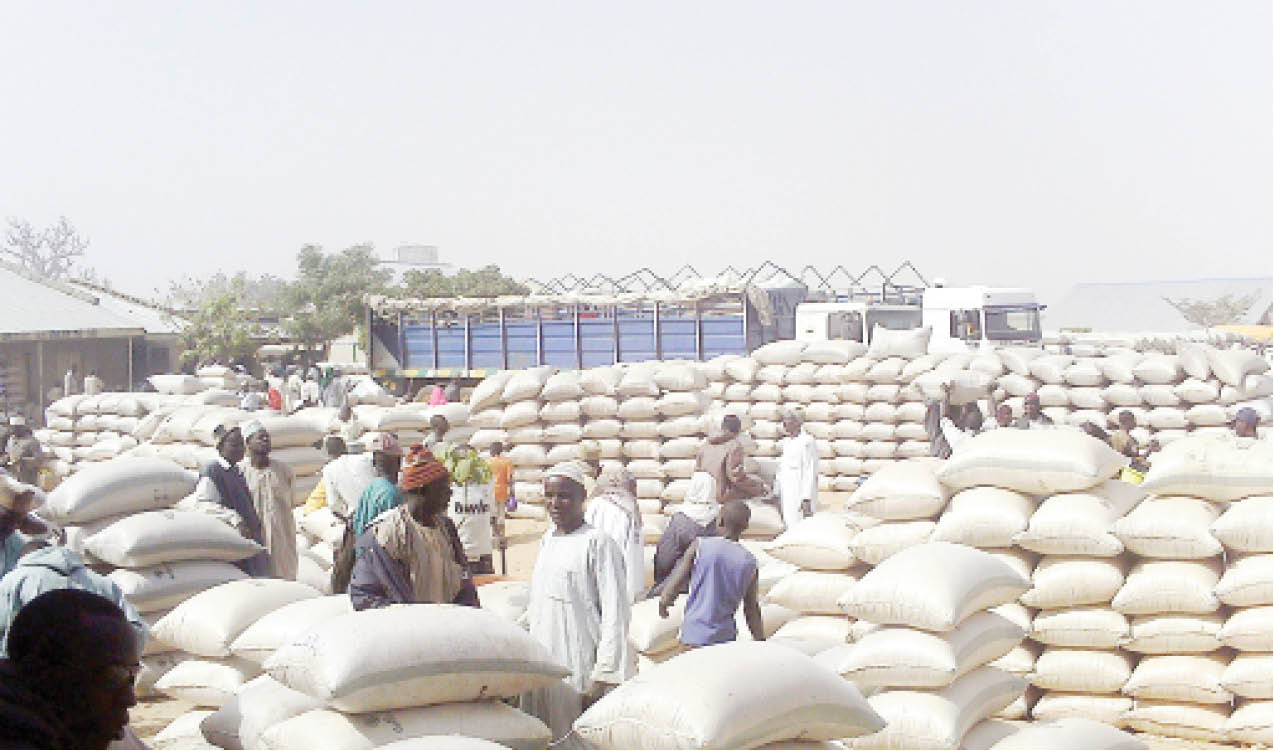 Merchants are being accused of mopping up grains in the markets

Prices of grains across major cities in Nigeria are spiking again after a little drop during harvest that ended in December, thereby heightening fear that the country may have to brace up for more issues with the produce in the coming months.

Since the beginning of the COVID-19 pandemic, which affected agriculture massively, prices of grains hit the roof, bringing many industries like poultry, feed and associated industries to their knees and consumers bearing the brunt.

During harvest, which begins in September 2020 for most of the grains, prices went down, though not significantly. For example, maize came down to N15,000, sorghum to N18,000 and rice to N17,000 per 100kg in most markets across the North.

But now, the prices are going up again, and unusually early. It is typically rare for prices of grains to go up immediately after harvest, especially for grains like maize and sorghum. That happens usually in the second quarter of the year.

But within one month, maize has risen from N18,000 to N22,000 in markets across Benue, Nasarawa and the Federal Capital Territory (FCT), Daily Trust on Sunday gathered, while it is slightly lower in some places in the North, where it is sold at N20,000 per 100kg bag.

Paddy rice, too, has gone up from N17,000 per 100kg to sell between N21,000 and N22,000 in Doma, Agyaragu and Awe in Nasarawa State, even as reports from the neighbouring states of Plateau, Benue and Kogi showed the same.

Currently, groundnut, which suffered neglect last year as farmers went into rice production, is sold at N18,000 for the un-milled 100kg bag. It had never gotten that high in decades.

Sesame sells at N420 per Kg

For sesame, the price has gone up to N420 per kilogramme in Nasarawa and Benue states with the stakeholders forecasting further price rise in months to come.

Mr Akwaba Musa, a farmer and trader in Doma, Nasarawa State, said the prices of most grains began to go up immediately after the yuletide season, adding that even soybeans now sells at N23,000 in most parts of the state.

However, many farmers blame the cost of production, which they said had doubled and continued to rise in the last few years, for the rise in crop prices.

“Imagine that the chemicals we bought at N1,200 in the last two years now cost between N3,500 and N4,000. Even fertiliser has remained high in most places. If you buy fertiliser at N12,000 per bag, add that to the cost of labour, transportation, seeds and others, that will amount to much, so certainly you have to sell at a higher price,” a farmer, Danlami Audu, said.

But Malam Adamu Salisu blamed the rise in prices on merchants with huge financial clout, who buy off produce and store away in anticipation of better prices after creating scarcity.

“Go to most of the grain markets and you are bound to see trucks being loaded with grains almost on a daily basis. Some of them are just stored. If you have the money and a lot of people going through the markets mopping up grains, certainly prices will react because availability will certainly shrink,” he said.

With an increasing demand for grains in the country, experts say government is not doing enough to scale up irrigation activities, which will enable farmers to have more than one circle of production to boost produce availability and hopefully curb price hike.