Seventy-two hours to the presidential primary of the ruling All Progressives Congress (APC), the report of the screening committee of the party is not ready,… 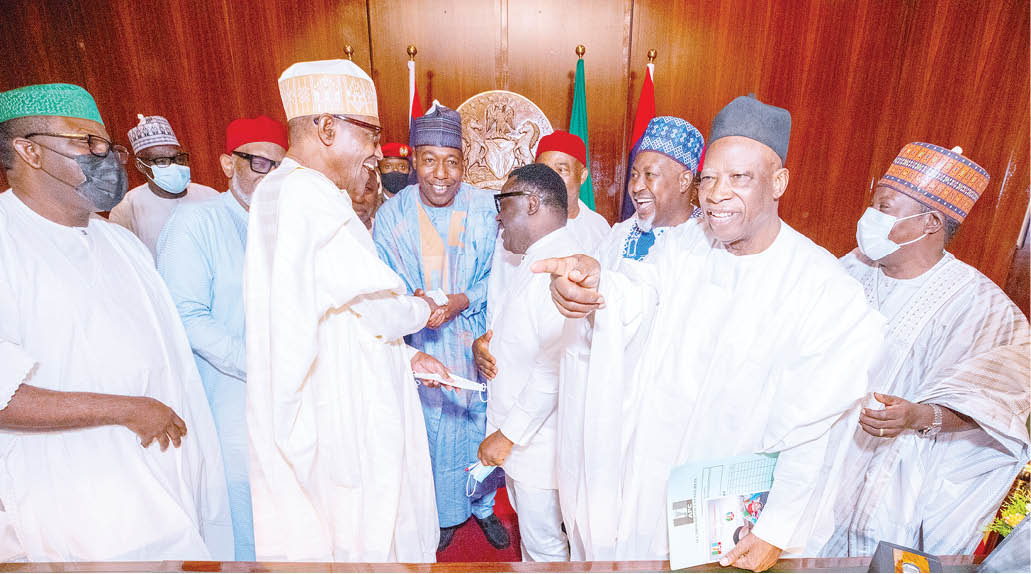 Seventy-two hours to the presidential primary of the ruling All Progressives Congress (APC), the report of the screening committee of the party is not ready, raising tension among aspirants and their supporters, Daily Trust reports.

The party’s presidential aspirants screening committee, headed by a former National Chairman of the party, Chief John Odigie-Oyegun, had screened 23 contenders for the APC’s presidential ticket at the Transcorp Hilton Hotel, Abuja between Monday and Tuesday.

Since the completion of the exercise, 72 hours ago, there has been tension among the aspirants and their supporters regarding the outcome of the exercise.

The petition was from one Sagir Mai Iyali, who claimed to be a member of the APC from Kano State. He asked the panel to disqualify the former Lagos State governor over alleged false documents he purportedly presented to the Independent National Electoral Commission (INEC) previously.

Contacted yesterday, the screening committee’s Chairman, Chief John Odigi-Oyegun told Daily Trust that they are still working on their report, assuring that the public would be carried along when it is ready.

When asked via phone when the report of the committee would be ready, Oyegun said “I don’t know yet, we haven’t finished it. We are still working on it.”

Indication emerged on Tuesday that President Muhammadu Buhari has

an anointed candidate when he urged governors, who are members of the party to support his candidate. He, however, did not mention who the person is.

The president’s statement has raised dust in the ruling party. The camps of the Vice President, Yemi Osinbajo, the Senate President, Ahmad Lawan and that of the former Minister of Transportation, Rotimi Amaechi are laying claims to be the president’s preferred candidate, to the chagrin of the Tinubu’s camp.

Daily Trust reports that the camp of the former Lagos State governor had consistently pushed for the conduct of a primary, where the party’s delegates will be allowed to choose who flies the presidential ticket.

The party’s 2,340 delegates will vote at the convention if the consensus arrangement fails. Three delegates are selected from each of the 774 LGAs.

It was also gathered last night that governors from the ruling party are pushing for one of them to be considered as the party’s flag bearer. They have met twice in Abuja.

According to the statement, Katsina State Governor, Aminu Bello Masari would chair the protocols sub-committee while his Nasarawa State counterpart, Abdullahi Sule would be in charge of media and publicity.

Moreso, Governor Dapo Abiodun of Ogun State and his Ondo State counterpart, Rotimi Akeredolu are to chair accreditation and decoration and security and compliance sub-committees respectively.

Appeal c’ttee yet to be constituted

Appeal committees are always in place at the end of every screening exercise to attend to aggrieved contestants who wish to seek redress.

The APC National Publicity Secretary, Barr Felix Morka, did not answer the call put to his phone by our correspondent for clarification.

No cause for alarm – Lawan, Yarima, Okorocha

Meanwhile, a cross-section of aspirants interviewed yesterday said there was no cause for alarm.

One of the leaders of the camp of the Senate President, Ahmad Lawan, said the committee needed enough time to work on the report.

“Everything is going as planned by the party. The committee should be allowed to conclude its report and submit it to the party for necessary action,” he said.

On his part, a former Governor of Imo State, Rochas Okorocha said there was no cause for alarm about the delay in the completion of the Oyegun panel’s report.

In a phone interview, he said: “It is okay, the report will be out eventually, I don’t foresee any problem because of the caliber of the committee’s members. They are people of timber and caliber. They are not new in politics and elections. There is no cause for alarm.”

Another aspirant, a former Governor of Zamfara State, Senator Ahmed Sani Yarima, said “It’s a party matter; they are in the right direction, they are taking their time to ensure that there are no mistakes. There is still time, the convention is on Monday and the results can be released on Saturday. I have confidence in the committee.”