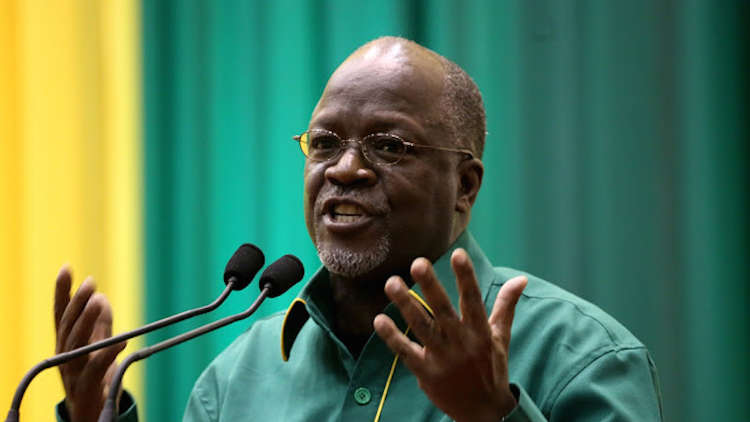 Tanzania’s government on Monday suspended the director and a senior official of the national laboratory responsible for coronavirus testing after President John Magufuli denounced irregularities at the facility.

However, the Africa Centres for Disease Control and Prevention has maintained that the country’s coronavirus test kits are reliable.

Health Minister Ummy Mwalimu ordered the suspensions and formed a committee of nine experts to investigate the laboratory’s testing system, the ministry said.

Magufuli, who has consistently downplayed the impact of the virus, said on Sunday that he had secretly had animals, fruits and vehicle oil tested at the laboratory. A papaya, a quail and a goat had been found to be positive, he said.

He cast doubt on the credibility of laboratory equipment and technicians and questioned official data on the epidemic.

Magufuli called on authorities to investigate what he suspected is a “dirty game” in the laboratory.

“The equipment or people may be compromised and sometimes it can be sabotage…,” the president said in a Swahili speech broadcast live through state-run TBC.

Opposition lawmaker Zitto Kabwe, head of the Alliance for Change and Transparency, defended the laboratory director.

“Don’t get heartbroken by the way politics is interfering in technical issues,” he wrote on Twitter. “I trust you did your job professionally and you will remain one of the best scientists in Tanzania.”

The east African country, which announced its first case on March 16, had recorded 480 cases of the virus and 16 deaths at its last update on Wednesday.

The opposition has accused the government of hiding information and failing to take the disease seriously.

Tanzania is one of a few countries in Africa that have not taken extensive measures against the virus.

Schools and universities have been shut but markets, bus stops and shops bustle as usual, with Magufuli urging citizens to continue working hard and not stop going to church or mosques.

The Africa Centres for Disease Control and Prevention on Thursday sought to ease concerns by Tanzania that the country’s coronavirus test kits were faulty.

“The tests that Tanzania and all African countries are using are tests that we have validated and we know that they are performing very well,” said John Nkengasong, director of the Africa CDC.

“We are very instrumental in training, providing training to nearly all countries and providing them with test kits. We’ve also in the last couple of weeks and months distributed tests from the Jack Ma Foundation that have been validated and proven to be very, very reliable.”

Magufuli has come under fire for repeatedly playing down the gravity of the virus, and his country is one of few in Africa that have not taken extensive measures to curb the spread.

After Magufuli on April 22 accused the health ministry of stoking panic by releasing new figures, the country has only updated its numbers once, on April 29, at which date it had recorded 480 cases.

He has urged citizens to keep attending church and the mosque, and his officials have suggested inhaling steam to fight the virus. Magufuli has also said he is in talks with Madagascar for a herbal tea the island nation claims cures the disease.

Baptised Covid-Organics, the drink is derived from artemisia — a plant with proven efficacy in malaria treatment — and other indigenous herbs.

Several African nations have expressed an interest in the purported remedy and the African Union has sought technical data from Madagascar. (AFP)