There is a brewing commotion over a deal in oil assets stakes transfer by ExxonMobil Limited to Seplat Energy Limited, an indigenous firm, following a… 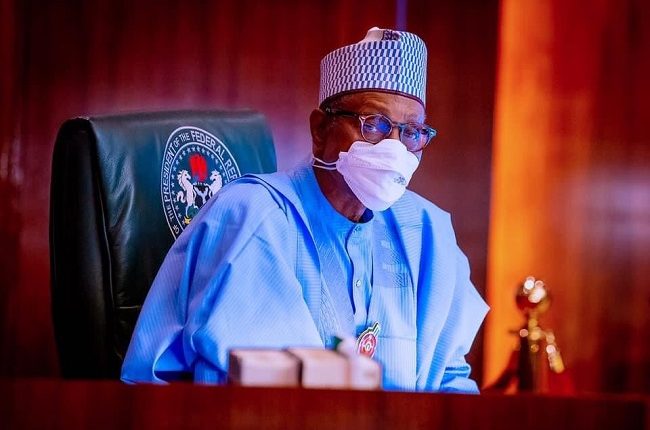 There is a brewing commotion over a deal in oil assets stakes transfer by ExxonMobil Limited to Seplat Energy Limited, an indigenous firm, following a ministerial assent and a regulatory decline on the move.

The Nigerian Upstream Petroleum Regulatory Commission (NUPRC) Tuesday insisted on its refusal of assent to the ExxonMobil/Seplat Energy share acquisition despite the approval by President Muhammadu Buhari, who serves as the Minister of Petroleum.

The Chief Executive Officer of NUPRC, Engr. Gbenga Komolafe, Tuesday told Daily Trust that the commission was sticking to its position against the deal which, he said, bypassed the laid down regulatory procedure.

Daily Trust reports that a Presidency statement on Monday announced that President Buhari had granted assent to the deal in which Seplat will acquire a 40 per cent stake of ExxonMobil oil assets around Akwa Ibom State.

The statement cited the Petroleum Industry Act (PIA) 2021, as an incentive to drive Foreign Direct Investment and raise oil production from the assets.

However, in a statement released not long afterward, the NUPRC clarified that the Commission in line with the provisions of the PIA 2021 is the sole regulator in dealing with such matters in the Nigerian upstream sector.

Responding to enquiry from one of our reporters, Komolafe said he believed that President Buhari would not operate outside the law on the deal in question.

“The president is the greatest supporter of the PIA which he signed, to his credit. The essence of the PIA is to ensure there are predictable regulations in place, like is found everywhere else. We are not joining issues with anyone, what we are saying is there is a law that needs to be followed like in every jurisdiction,” he said.

Seplat Energy Offshore Ltd is a Seplat Energy subsidiary seeking cash acquisition, since February 25, of the entire share capital of Mobil Producing Nigeria Unlimited for $1.28 billion plus up to $300 million contingent consideration.

Daily Trust learnt that NNPC now NNPC Ltd had been in a tussle with ExxonMobil and Seplat over the transaction since the parties initiated the transaction in February 2022.

NNPC Ltd had insisted that it has the first right of refusal, being in a joint operating agreement (JOA) with Mobil.

It was further learnt that the Akwa Ibom government had also scolded the international oil company for proceeding on the assets lay off without recourse to the state hosting them.

In July, NNPC Ltd was said to have won a court decision to block its quest to purchase the entire oil assets of Mobil Producing Nigeria Unlimited (MPNU), which is the local arm of the international oil company,  ExxonMobil.

The court injunction on July 6, stopped the parties from proceeding with the deal. But Seplat in a disclosure in July said the company or its subsidiary, Seplat Energy Offshore Limited was not party in the lawsuit filed at a Federal High Court in Abuja by NNPC Ltd. Seplat then insisted the share purchase agreement was still valid and had sought for ministerial and regulatory approval to close the deal.

But earlier, NUPRC had intimated ExxonMobil of its decline to the deal.

However, stakeholders were in for a shock on Monday when presidential spokesman Femi Adesina in a statement conveyed the assent to the Seplat/Mobil deal.

A highly placed source who is family with the high-level tussle over the deal said there are “deep interests in view of the lucrative nature of the assets in contention”.

What the PIA says

The PIA 2021 which is the governing regulatory instrument in the petroleum industry authorises the Minister to authorize or consent to asset acquisitions based on advisory from the regulator. However, the ExxonMobil and Seplat assets transfer deal is the first test for the PIA enacted barely one year ago.

Specifically, Section 95(2) of the PIA 2021, stated thus: “The consent of the Minister shall be granted upon the recommendation of the Commission.”

More so, ExxonMobil (not Seplat) is mandated by the Act in Section 95(1) thus, “A holder of a petroleum prospecting licence or petroleum mining lease shall not assign, novate or transfer his licence or lease or any right, power or interest, or a shareholder of an incorporated joint venture shall not sell or transfer its share without prior written consent of the Minister.”

In the latest statement by NUPRC, the regulator said it had conveyed its decline of assent to ExxonMobil earlier and stood by that. Thus, implying that its advisory to the Minister would be to decline assent.

Although Seplat was yet to formally speak on the ministerial assent and counter by the upstream regulator, a senior management source at the company confirmed to Daily Trust receipt of the assent.

The source said: “I can authoritatively tell you that the deal has been concluded because we got a letter to that effect yesterday (Monday).

“Recall that we have done the commercial and purchase agreement since February. What has been holding this deal is the Ministers’ consent, who in this case is the president of the federal republic of Nigeria.”

Seplat shares were up almost 13% on London Stock Exchange (LSE), and Exxon gained marginally on Monday’s close, following the assent. But on the Nigerian Exchange (NGX) its price remained steady at N1430.50, its seventh day trading print after the company got approval to acquire the entire share capital of ExxonMobil’s interest in Mobil Producing Nigeria Unlimited.

Chinenyem Anyanwu, a stockbroker and Managing Director/CEO of Dependable Securities Limited, a Dealing Member of NGX, said the share price of Seplat remained unchanged at the end of trading in Lagos on Tuesday.

“I had expected the share price to rise after the announcement last night. Why did it not happen ? I think the traders are trading cautiously.

“Some of these hypes do not always translate to something big for the acquirer. I will say it’s a good omen for Seplat. There is no way it will not expand its capacity to make money.

“Then there is this controversy, the regulator saying no… Can they afford that? They cannot afford that. They are regulator organs set up by the government.”

The stockbroker noted that the Nigerian capital market may react to this issue if it is announced on the NGX.

“What we know is that there was a need to approve the acquisition and it is now approved. The market will formally tell us that the assets of Exxon Mobil assets have been taken over by Seplat. That is the news that is being expected. Of course speculators can check now, knowing that is almost inevitable,” she noted.

Experts have expressed mixed feelings over the varied responses coming from the oil Minister and the upstream regulator of the petroleum industry.

Barrister Imma Okochua, a Lagos-based legal practitioner and national affairs commentator, said there are still issues in implementing the PIA 2021.

“To be honest, I don’t think that is what is playing out here. I think what we are seeing is that the Nigerian factor may not have been exhaustively pursued through behind-the-scenes compromises.

“The point for me regarding this issue is, I read the past PIA, but not the present one and I know that the president has final say in some of these things like awarding oil blocks. If the current law retains that provision, then the regulatory agency can only complain; they can only express their view as they are doing. But if the president does not have that power under the recently passed PIA, if they have removed it from the president and given it to an institution, well then one would be surprised that the president is approving,” enthused Okochua.

He called for sanity in the sector stating that the sector had been compromised for long.

“Things are so bad in Nigeria that I cannot use an instance like this, which is still under resolution, to reach any conclusion. No matter the people involved, our institutions have been so badly compromised, politicized that it is only when they continue to stand their ground and maybe eventually prevail against the presidency that one may begin to say that maybe we are now having the institutions that good people have been dreaming of that can stand up to political powers.”

Responding to whether the position of NUPRC invalidates the consent of the President, kochua said: “On the face of it, yes. if there’s no other position that grants him express or overriding power,   then the minister, in this case being the president of the Federal Republic of Nigeria, cannot act except on the recommendation of the Commission. If the president acting as a minister so acts against the clear provisions of the law, then that act,  notwithstanding that it is done by the President of the federal Republic of Nigeria, is null and void to the extent that it contracts the law.”

In his view, David Akwu, a lecturer at the University of Nigeria, Nsukka, noted that the said the regulatory intervention, which differed from the position of the Minister of Petroleum Resources, President Muhammadu Buhari is not enough to suggest policy summersault.

He said it could be potentially an enabler and incentive to foreign investors as they would feel confident the regulatory agency would do the right thing even in the face of political pressure and interference.

“An independent regulator for the petroleum industry is the biggest incentive right now to attract FDI,” he said.

Also speaking, Engr. Emmanuel Onuche, an energy expert in Abuja, was worried about the trend stating that, although NNPCL has the right of refusal, if it was not ready for such a deal, Seplat should be allowed to acquire the assets to boost indigenous participation .

“I say this because NNPCL just officially transited to a limited liability company and this deal has been on since February, the government should allow Seplat to get this as there is unlimited opportunities for NNPC Ltd in other oil assets.”

According to him, if the infighting continues, more investors will be scared out of the country while those seeking to exit may delay, and yet to invest in the assets.