Why we couldn’t meet 5000MW target since July – FG The national electricity grid Wednesday evening crashed to zero after a nosedive from over 4,000… 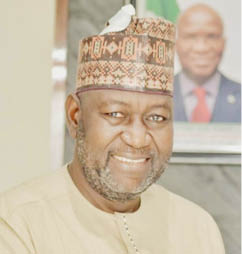 The national electricity grid Wednesday evening crashed to zero after a nosedive from over 4,000 megawatts (MW) earlier as workers under the Transmission Company of Nigeria (TCN) began an industrial action to protest a compulsory promotion interview for principal managers, among other issues.

According to data from the Independent System Operation (ISO), a section of TCN, power generation on the grid was 4,149.40MW as of 6am from 21 power plants on Wednesday but rapidly dropped to 762.30MW by 1pm with just 13 plants active and by 4pm, the entire grid had crashed to zero megawatts. The peak generation achieved on Tuesday was 4,829MW.

In Kano, residents and businesses lamented that before this recent outage, they had been having difficulties getting the desired amount of electricity supply which had resulted in the collapse of many small and medium scale businesses.

With the high cost of diesel and petrol, residents and businesses are worried over the nationwide outage.

Hamisu Musa, who operates a cold drink centre said “whenever there is power outage like this in Kano, I will have to just operate on diesel for some time to manage but it is a total shutdown on the business.”

Another businesswoman, Bilkisu Sani, who deals in frozen fish, chicken and yoghurt, lamented how the outage of power will definitely take over her profit and make her incur losses.

“You see, like today (Wednesday), I must operate on a generator because I can’t afford to leave my market to spoil.”

Adamu Aminu, who works in a bank but operates a business centre on the side, said “It’s saddening actually. I have been sitting idle for the last three hours because there’s no light.”

In Lagos, there were cases of blackouts over the strike. A resident of Aina Street Ojodu in Ikeja Local Government, Mr. Tajudeen Ola said the blackout started around 9:00am even though the light had been stable in previous days.

“As I am talking to you, we still don’t have light and we are hoping the issue will be resolved today (yesterday) so that the blackout doesn’t last for more than 24 hours,” he said.

Abu Muhammed, who resides in Benin, Edo State, lamented that the metropolis and its environs had always been in darkness, even, before the industrial action.

“Every day, I spend N1000 on fuel because we hardly get electricity. In the last one week, there is no power in my area and on a daily basis, we are greeted with heavy noise from generators.”

John Michael, a small-scale business operator in Port Harcourt, said, “Since the power went off, I have been using a generator to operate. I spent as much as N1000 everyday to buy fuel for my salon business.”

And in Kaduna, Ibrahim Hassan, a cold room operator, said he had no choice but to rely on generators.

“I didn’t know the electricity workers were on strike until now. Now that I am aware that the workers have shut down electricity grid, it means I have to prepare.”

Dr. Safiya Salman, a resident doctor in Kaduna, said such instability in the power sector continued to affect the healthcare system across the nation.

The National Union of Electricity Employees (NUEE) had protested on Tuesday, blocking the premises of TCN in Maitama after it issued a notice of the strike notifying that it would fully commence on Wednesday.

According to the General Secretary, Joe Ajaero, in the notice dated 15th August 2022, the union protested a directive by “the TCN Board that all, principal managers in acting capacity going to Assistant General Managers, must appear for a promotion interview. This directive is in contravention of our Conditions of Service and Career Progression Paths, and unilaterally done without the relevant stakeholders.”

It also alleged stigmatization of staff from the office of the Head of Serve of the Federation from working in other areas in the power sector as well as refusal of the market operator at TCN to fund the payment of entitlement of ex-PHCN staff as agreed in December 2019.

Responding to the notice the same day, the Minister of State for Power, Goddy Jedy-Agba, noted the complaints and appealed for two weeks to resolve the issues.

The Managing Director of TCN, Engr Sule Abdulaziz, in a letter on 15th August, 2022 announced suspension of the proposed interview while directing other issues to the minister as he appealed to the union.

However, NUEE on Tuesday insisted that the protest would continue as all the conditions were not met. While the Distribution Companies (DisCos) notified their customers via various platforms of the outage, TCN, in a statement on Wednesday, confirmed that the grid was shut down at 3pm due to severe loss of power across the transmission network.

The statement issued by the spokesperson, Ndidi Mbah, said the industrial dispute was declared by the two in-house unions of TCN being NUEE and the Senior Staff Association of Electricity and Allied Companies (SSAEAC).

It was learnt that the Minister of Labour and Employment, Chris Ngige, summoned the workers’ union to a meeting yesterday evening to resolve the face-off.

He said, ‘’The meeting was earlier slated for 4pm but it is now scheduled for 5pm. The minister just feels it is important he stepped in, so as to see how solutions can be proffered as a Chief Conciliator,” said a ministry official.

TCN, in its statement, also confirmed the meeting. “In spite of this setback, we are set to restore the grid as quickly as possible. The Ministries of Power and Labour & Employment are currently meeting with the union officials in order to resolve the issues,” it noted.

As of 7pm last night, Ngige, said he had contained the strike after the meeting. The labour ministry spokesman, Olajide Oshundun, said the minister set up a tripartite committee to look into the grievances of electricity workers towards addressing them.

“At the end of the meeting, the Secretary General of NUEE, Joe Ajaero, assured the Minister that all necessary steps would be taken to restore the supply of electricity to the country immediately,’’ Oshundun said.

Meanwhile the Minister of Power, Abubakar Aliyu, who briefed the press after yesterday’s Federal Executive Council (FEC) meeting, said the grid could not reach 5,000MW targeted from July 2022 under a partial contract scheme due to gas challenges.

He said: “There may be a drop due to the fault of generation. It’s mostly generation. I’ve been watching since like yesterday (Tuesday) evening, we had a generation of around 4,600 megawatts. And you know, we told you since 1st July, that we’ll be able to raise it up to 5,000 when we activate the contract.

“And we have not been able to do so, due to some issues around gas contracts, gas to power, which we are trying to take care of. And we have gone very far with that, and I believe, it is for that reason that we’re able to reach up to 4,600MW (Tuesday) as of yesterday,” said Aliyu.