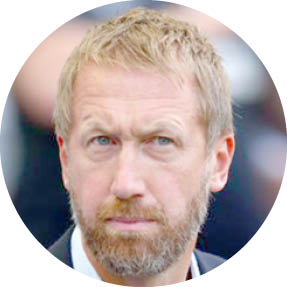 Graham Potter says he felt he had to “grasp a new opportunity” as he explained in an open letter to fans why he left Brighton to join Chelsea.

“For some, I recognise that the change that comes so suddenly in football can be hard to accept,” he wrote.

“I may not be able to persuade you all to forgive my departure – but I would at least like to take the chance to say thank you.”

Potter, who has replaced the sacked Thomas Tuchel at Stamford Bridge, added: “I hope that you will understand that at this stage of my career, I felt I had to grasp a new opportunity.”

He has guided them to fourth in the table this season after they won four and drew one of their first six Premier League games.

In an open letter written on Thursday and published on Brighton’s website on Sunday, he added: “I feel I am a better person and a better manager for the experiences I have had here.

“Not every team selection or decision has been perfect. But the club has created an environment that gives you the scope to make mistakes, learn from them and then improve.

Potter, whose last match with Brighton was a 5-2 victory over Leicester on 4 September, added: “I did not know at the time that it would be the end, but looking back now, we played so well. There was so much positivity around the club.