Positioning Africa’s youth for the future

The youth population in Africa can be a game changer that the continent needs to overcome the myriad of problems facing it. Unfortunately, it may… 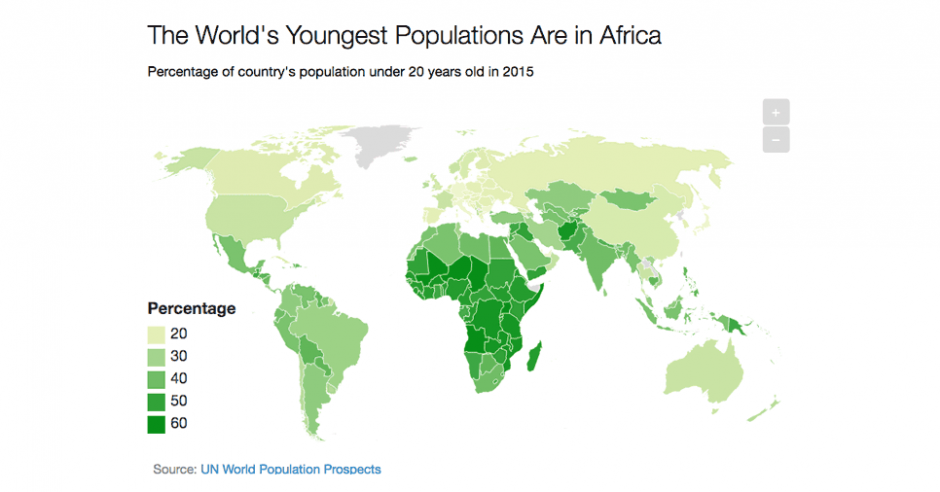 The youth population in Africa can be a game changer that the continent needs to overcome the myriad of problems facing it. Unfortunately, it may also be a time bomb waiting to explode if there is no plan to exploit and deploy its potential.

Representing 60 per cent of the continent’s 1.415 billion population, according to the latest United Nations estimates, the youth indeed hold the key to Africa’s future.

It is, however, sad that statistics available show that about 60 per cent of the youth population in Africa, which is put at 650 million, is unemployed or underemployed.

African youths are more known with the tragedies of Mediterranean boat mishaps while attempting to cross over to Europe in search of greener pastures. Those who remain at home are faced with unemployment, drug abuse, thuggery, rituals, and other unwholesome activities. They also do not see any hope for the future as they are shut out of activities that would improve their lives.

Many African governments have weak or no plans for their youth in such areas as education, entrepreneurship, agriculture, and science and technology which many other parts of the world are leveraging to launch themselves into a brighter future.

Sadly, the continent’s political terrain is still dominated by the older generation. Many of the countries have not made any definite effort to ensure youth inclusion in governance. This is an apparent violation of the African Youth Charter, which enjoins member states to guarantee youth participation in parliament and decision-making bodies in accordance with prescribed laws.

The charter also urges states to “provide access to information such that young people become aware of their rights and opportunities to participate in decision making’’.

It is unfortunate that apart from countries such as Nigeria, where the “Not Too Young to Rule Act’’  was designed to ensure more youth participation in politics, young persons in many other African countries are still excluded from politics and decision-making mechanisms.

Indeed, the Chairman of the African Union Commission, Moussa Faki Mahamat, made this clear in his message on Africa Youth Day, which was observed on November 1, calling for more youth inclusion in decision-making processes in the Member States.

“The African Youth Charter provides us with an arsenal of normative elements that shed light on the way forward, in terms of youth participation and inclusion. To this end, it not only strongly reaffirms the need for such inclusion, but also and above all, it specifies the obligations of the various actors, namely the States, the African Union Commission, and the young people themselves.

“Our ardent wish is that this trilogy operates in a synergy of understanding, action and evaluation in order to build a real symphony that resonates like an ode to the Africa we want,’’ he said.

It is the belief of this paper that youth have a prominent role to play in the realisation of this and other initiatives to make their lives better. African youths need to reinvent themselves and take their destiny into their own hands.

They should desist from engaging in such frivolous and criminal activities that they are more easily identified with.

We also believe that African leaders have a more prominent role to play in changing the fortunes of the continent by ensuring its youth populations are productive change agents.

They should ensure youth participation in governance, especially in areas that directly touch them. They must initiate or strengthen programmes that would unleash the potential of the younger generation and make them more useful to society.

African leaders need to come together to further strengthen programmes that would bring together youths from different parts of the continent to share notes and exchange ideas.  They should initiate student exchange programmes among African universities to help the youths meet and form lasting relationships continent-wide.

Also, inter-continental organisations like the African Development Bank should set up funding schemes designed to bring youths in Africa together to create start-up companies in technology, sports, hospitality and other areas.

Through this, the continent’s youths would have a better understanding of the problems confronting them and even be able to propose solutions.

We believe that it is time to revive and strengthen cultural and sporting activities within the continent, not only as a means of engaging our teeming youths but also as a way to unleash their potential and foster better understanding of the continent.

It is time for Africa, and its leaders in particular, to realise that the continent holds the key to a prosperous world if only we effectively utilise the potential of our youth. Africa, therefore, must stop the migration of its youth to other continents.

Failure to do that will only further sink the continent into more trouble. Africa has more than enough potential in its youths to make it progress, and that should be fully harnessed.