Last week, a Lagos-based lawyer, who first came to my attention for suing the federal government over what he took for “Arabic inscription” on Naira… 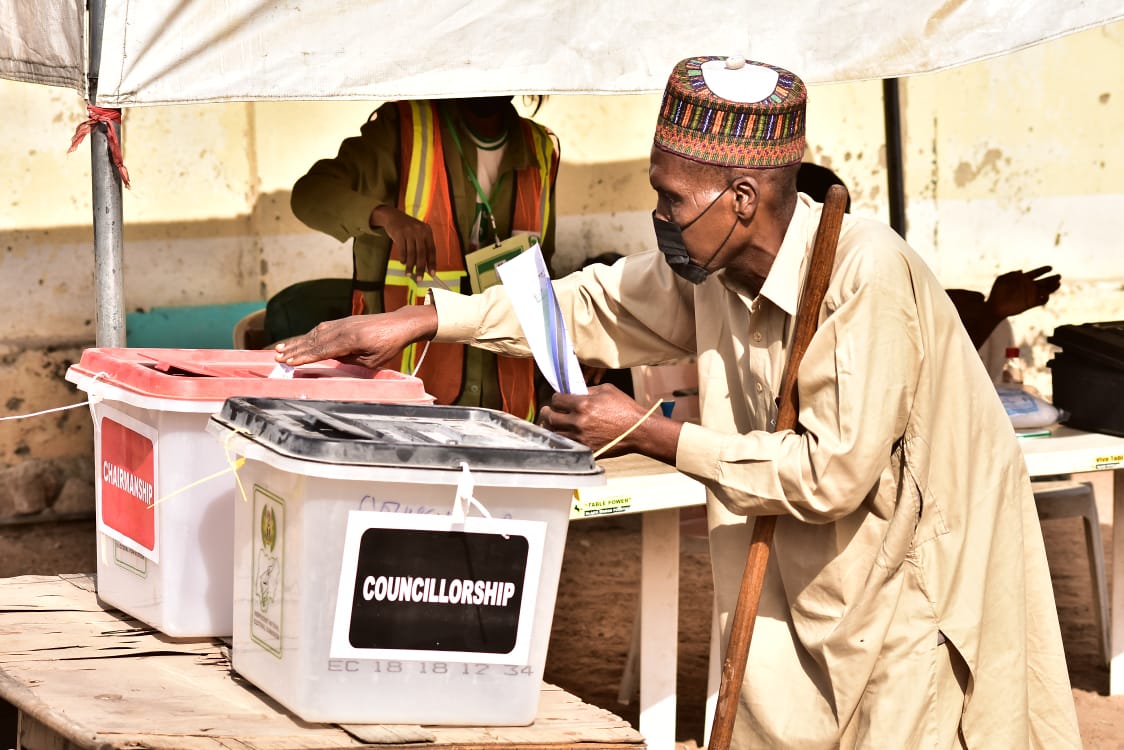 Last week, a Lagos-based lawyer, who first came to my attention for suing the federal government over what he took for “Arabic inscription” on Naira notes, stirred a controversial conversation around the equality of votes in our democracy. “On election day, the professor from the South and the almajeri are equal (sic),” said Malcolm Omirhobo. “We need a referendum so that those that overpopulate themselves and refuse education must contend with their decisions and not be allowed to constitute nuisance to others in the guise of one Nigeria (sic).”

Mr. Omirhobo’s outrage is yet another gimmick he probably sells to his audience as well-intentioned activism, having obviously confused Ajami with Arabic (or Arabic with Islam) and also wearing the regalia of an unstated traditional religion to the court when Muslim students in Lagos won their case to wear hijab to school. Like his faulty understanding of Ajami, the lawyer assumed the hijab was a ceremonial dress for the Muslim women who fought for such freedom to adhere to their harmless religious principles.

His latest outburst is a familiar disdain from middle-class and upper-class Nigerians who believe the lower-class is responsible for the serial elections of presidents that didn’t align with their expectations. The only difference in his case is injecting the usual bigotry against the North and the Muslim into that classist diagnosis of Nigeria’s democratic outcomes. His argument would’ve probably inspired intellectual responses if he had chosen to compare taxpayers and their opposites from either side of the country to make a case against the dysfunctions in our democracy. But the belief that one’s level of wealth or education offers one a higher stake in a country is dangerous.

In my younger years, I also partook in the condescension that the elections of our political representatives shouldn’t be open to all citizens. My reason sounded noble to me, and it took a while to realise that what I was advocating was a political formation other than democracy. I feared the lower-class or the citizens Mr. Omirhobo referred to as “almajeri” (northern destitute beggars who aren’t formally educated, I assume) were economically vulnerable and easily exploited by our politicians in buying their way to power. My ideal democracy was one in which only those who were economically immune to selling their votes reserved the right to vote. Fortunately, I was wrong.

What I thought was a mere childhood naïveté is, strangely, a mainstream mindset among the educated class today. This group seems to have idealised their essence so much that the disappointing outcomes of our elections are always squarely attributed to the poor and rural citizens, the ones who queue up for as low as N500 to sell their votes. Conveniently, the self-styled lower and upper middle-class don’t seem to see their part in the periodic transactions.

The privileged urban demographic has refused to acknowledge its role in sabotaging our democracy, and that our elections become compromised even before the candidates appear on the ballot papers. The demographic being accused of undermining our democracy isn’t responsible for the open transactions between our political aspirants and party delegates in the choices of our political candidates. These self-serving delegates are economically-advantaged citizens, but also participate in blaming the poor citizens for the end products of their documented greed.

The candidates who make it to the ballot papers are hardly the popular choices of the nation. They are mostly the outcomes of transactions with delegates. So, the thinking that our democratic experiment is failing because of a poor voter in, say, Gwagwalada who trades his vote for N1, 000 and not the wealthy delegate in Maitama who sold his conscience for up to N10 million to stop the people’s favourite is a classist diagnosis of the cascade of tragedies that has wrecked our democracy.

The appearances of presidential and governorship candidates who can’t proffer a solution to the country and state they are desperate to govern even at a gunpoint aren’t a tragedy we can attribute to just poverty or scanty education. They are purely manifestations of the interests, sentiments or greed of individuals and groups who don’t necessarily qualify as materially poor or uneducated in whatever criterion we adopt to measure their rank. So, if we must identify a risk to our democracy, this category of citizens must be disenfranchised before the thought of the poor citizens being unfairly made scapegoats for our democratic failures.

The whole idea of dictating who qualifies to vote and why they must do so in a democracy defeats the aim of this system of government. It’s not a democracy because one is wealthy or destitute; it’s a democracy because of the equality of the votes of voting all citizens, religious or atheist, rich or poor, and southerner or northerner. Any attempt to segregate the electorate based on social or political hierarchy produces a different system of government.

Our democratic practices have shown that the rich and the educated are just as culpable as the poor, and so are the Muslims guilty of the same electoral malpractices as the Christians or the northerners as the southerners. You can’t single out any group as Mr. Omirhobo did without revealing your classism or bigotry. While some trade their votes for money, others do so for the candidates’ religion, ethnicity or origin. Unfortunately, only the sale of votes for money is a crime in our democracy. Voting for one’s kinsman doesn’t constitute a crime, as latter-day activists tend to establish in their threats, and that’s why democracy thrives as a system where the majority have their ways and the minority their say.

The buildup to Nigeria’s 2023 general elections appears like a game of blackmail, and every support group tends to treat the other as breaking the law of democracy for choosing a candidate other than theirs. Of course, one should feel a moral weight to choose the best candidate, but that’s almost always subjective. You can’t threaten someone to support your candidate and call it democracy. And asking for a system of government where a professor‘s vote is worth more than a destitute beggar’s isn’t only ignorant, it’s scary. Nigeria’s democracy is at the mercy of electoral fraud and malpractices masterminded by, or with the complicity of, professors who serve as returning officers for the Independent National Electoral Commission.