Due to a wide consumption of animal skin called ‘ponmo’, the Director General, the Nigerian Institute of Leather and Science Technology (NILEST), Prof. Mohammed Kabiru… 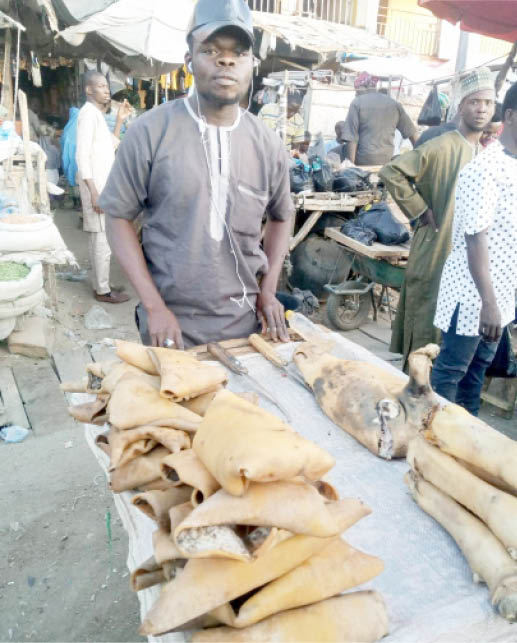 Ponmo at a Maiduguri market

Due to a wide consumption of animal skin called ‘ponmo’, the Director General, the Nigerian Institute of Leather and Science Technology (NILEST), Prof. Mohammed Kabiru Yakubu, said Nigeria loses about N585 billion every year to imported ones.

Speaking at a leather business to business (B2B) summit and expo in Lagos, Prof. Yakubu said the country loses N585 billion in annual leather revenue to other countries, noting that imported animal skins pose a security threat to the nation and the health of innocent consumers.

“Yes, without mincing a word, eating ponmo is a threat to the leather industry. Nigeria had about 44 tanneries in the 90s but now only 4 have survived,” Prof. Yakubu said.

Participants at the summit organised by the Lagos State Shoemakers Association (LASSMA) and NILEST, supported the planned ban as they said consuming ponmo has neither protein nor any nutritional value and is dangerous to health because of the methods and chemicals used in its preparation. They also said in some cases tires were used in its preparation.

Ubani told our correspondent that, “Ponmo” is the only cheap food remaining on the table of the common man.”