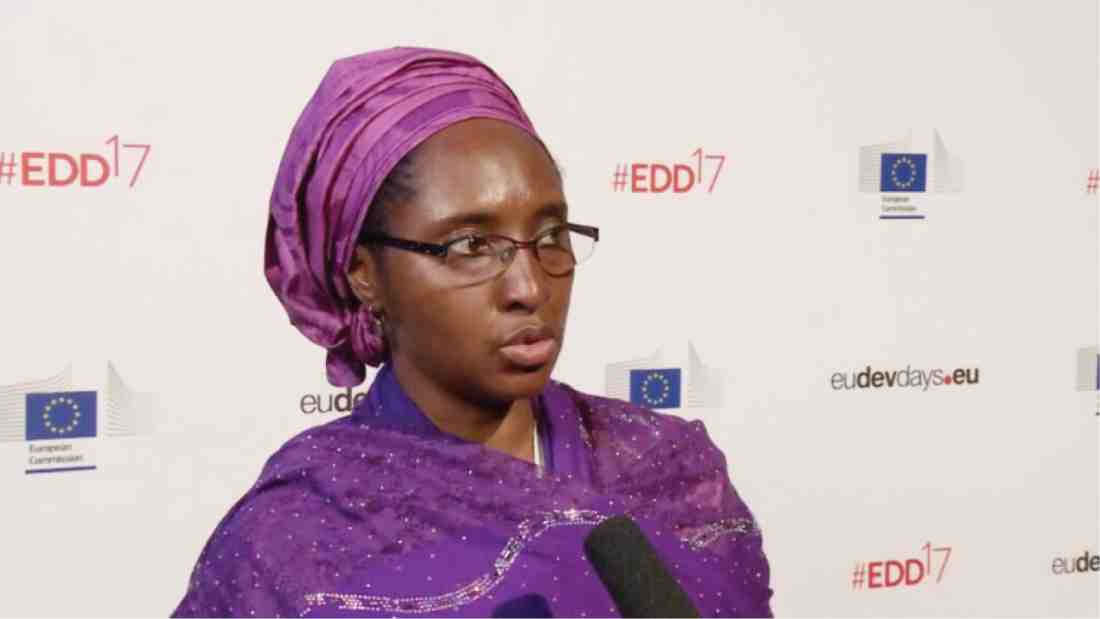 Last Monday, Nigeria’s finance minister, Zainab Ahmed, announced that the federal government expects to earn N8.5 trillion in 2023. When we consider the country’s persistent oil theft, insecurity, global energy crisis and economic crisis, the economic projections might not be entirely correct. We hope the lawmakers will pay attention and scrutinise these claims. After all, many of them are not returning, so this can be their lasting legacy.

The Buhari-led government will spend less than five months in power in that year before they hand over to the winner of the 2023 elections. And in many cases, the true state of the Nigerian economy will not be known until the government is gone.

The minister also proposed to spend N19.8 trillion for that fiscal year – the highest budget in the history of Nigeria. That means the government will need to borrow N11.3 trillion to finance the 2023 budget. The staggering amount is a big worry for anyone paying attention.

Generally, governments finance their annual budgets from revenues. These include taxes and other government businesses like crude oil sales for Nigeria. Countries record a budget surplus when spending is lower than revenue. The last time Nigeria had a budget surplus was in 2003, 2004 and 2005. Whenever the revenues are insufficient, a country can borrow to meet its obligations – deficits. The yearly deficits may come from borrowing (like bonds) with interests, off-budget loans, or other sources like extra money printing by the Central Bank are also options for borrowing. Over time, the budget deficits accumulate to become debt.

Generally speaking, citizens do not like their governments to accrue debt. It doesn’t matter which country that is, whether it is America, Japan, Germany, or Britain. The worry is even more when the people realise the government is utilising resources inefficiently and is less transparent with its spending.

Nigeria is currently spending all its revenue on servicing debt, and the lingering fear for the public is that the debt stock may lead to insolvency. People like to compare a country’s debt to the debt of a corporation or a household, which is like comparing agbado with corn. It should not be so. Countries are not the same as businesses which operate within their territories. Countries are sovereign, issue currencies, make laws, collect taxes, and operate businesses like corporations and households.

Theoretically, a currency-issuing country cannot be insolvent. But a country can default on its debt due to many issues without being solvent, as we have seen recently with Russia. The economic model of fiscal sustainability suggests that a country may never have to pay its debt so long it maintains two solvency conditions – which I will explain in layman’s terms, but it’s not that straightforward.

First, suppose the expected future cash flows of the country are estimated to be equal to the current debt profile, taking interest rate into account. In that case, the country’s projected income in the future is so high that it can afford not to pay off its debt immediately. As earlier stated, we cannot argue this situation for Nigeria because of the uncertainty of its revenue streams unless we include its ability to print money, which we will discuss later.

Second, a country can be fiscally sustainable provided it does not borrow to pay the interest of the existing liabilities. The condition here is a stopcock for a Ponzi Game. A Ponzi game is a situation where a country borrows funds from lenders to service its existing debt. Public debt should grow at a rate lower than the real interest rate. The real interest rate is the official interest rate of a country minus the inflation rate.

Based on current data, the yearly growth of Nigeria’s debt for 2022 should be at least 4% lower than what we borrowed in 2021. The value is derived from the difference between the 17% inflation rate and the 13% interest rate. Instead, the country borrows over 40% to finance its spending for 2022. That means the government has borrowed N4 out of every N10 of last year’s revenue, and the year is not even over.

It is not uncommon to overlook these theories and allow rationality to guide policymakers, especially during economic recoveries. There are many good practices and laws designed to guide fiscal spending. As a country, Nigeria has robust laws that guide policymakers to ensure fiscal stability. For example, the Fiscal Responsibility Act (FRA) of 2007 allows the government to borrow for capital expenditure and human development in concessional terms (Section 41, 1(a)). The FRA 2007 is clear, but the government has been borrowing to pay for fuel subsidy. Fuel subsidy is consumption, and it is against the FRA 2007. Following the rules would have solved a lot of problems for the country.

Another critical issue is Nigeria’s lenders. Short-term liquidity can be expensive. At 14% interest rate borrowing, N20 billion for six months means paying N1.4 billion in interest-only to borrowers. The Central Bank of Nigeria (CBN) Act 2007 designed a law to print the money for the federal government to avoid this. The Ways and Means Advances Law, Chapter 38 of the CBN Act, 2007, allows the Central Bank to finance deficits in the government budgetary operations to a maximum of 5.0% of the previous year’s actual collected revenue. The money is expected to be repaid as soon as possible and, at best, be repayable at the end of the year it was granted. The federal government often does not follow these rules because they don’t liquidate the borrowed funds from the CBN within the same year.

The weakness of FRA 2007 and CBN Act 2007 is that there is no strict penalty for violating the law like in order countries; like immediate resignation of the CBN governor or the minister or considering impeachment of the president. Whenever a country is left with high money in circulation without a corresponding increase in productivity, the consequences always result in a higher cost of living.

Therefore, the public has the right to be worried about the country’s rising debt profile because there is no efficient utilisation of the resources. The lawmakers should scrutinise the budgetary allocations to ensure the laws are followed appropriately. The National Assembly should also revisit the FRA and CBN Acts to include stringent penalties and ensure the right people are appointed for the jobs, but this is a note for the next Senate president and speaker.